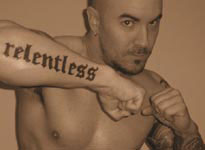 Hey, everyone! You’re in for a real treat because over the next week and a half I’m going to be sharing with you a call I did  with my friend, Jason Ferruggia, the man behind Muscle Gaining Secrets and The Renegade Gym in New Jersey, which is the coolest place to workout in the world.

We’ll take a look at what Jason personally does with his clients to keep them coming back in droves, including recommended  reps and sets for different types of workout goals, what your warm-up should look like, and the best exercises for each body part.  That’s just the tip of the iceberg as the list goes on and on!

So let’s get right into it…

Craig Ballantyne: So, Jay, welcome to the call.

Jason Ferruggia: Thanks for having me, Craig.

Craig Ballantyne: Last night I was reading your new book, which is Triple Threat Muscle. I have to say it’s probably the most UNIQUE fitness book that I’ve ever come across, mostly because you have actually done studies on your OWN clients.

Everybody has case studies, but you’ve got where you’ve actually split them up. I thought that was really cool. So, why don’t you maybe just explain a little bit of the background to people about what you actually did, how you were able to do that, and monitor the results?

Jason Ferruggia: No doubt, definitely. Over the last two years I’ve had systems that I’ve worked with forever that have worked, but I’m OBSESSED with training. I’m always trying to come up with something new, something exciting. So, I said…

average Joes, weekend warrior kind of guys. I said, “I haven’t worked with this many guys in this population for so long. Let me see what really works best for them.”

I had a huge pool of guys to work with and I split them up into different groups and I ran through all kinds of different sets.

It basically was just two years of experimenting with tons of different variables to see what worked best for the average guy.

We came to some pretty cool conclusions.

Craig Ballantyne: So, one of the things that I thought was pretty interesting was your findings on the four day versus three day split. Whenever I’ve been trying to do four day splits, even for the meathead stuff it always comes out to like three and a half days, or three and a third days. It’s never really useful, it just becomes so much irrelevant stuff to try to get four full days in.

What were some of the things that you found there?

Jason Ferruggia: I agree with you. I like three days of hard strength training for most people, because most people have a life outside of the gym. If they’re athletes, obviously they’re busy with their sport. Weekend warriors have things going on, or people just have hobbies like surfing or snowboarding, or people just have a full time job and a family. 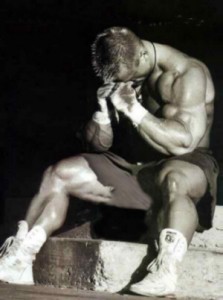 is really the most I find most people can recover from. There’s also the MENTAL factor too, where I find if I have a guy come to the gym three days they’re really excited about it, the fourth day they’re just kind of like, “Oh, we’re here again.” I like people to be excited coming to the gym.

Myself, I’m like that too. I don’t want to go, “Oh, I got to do another workout.” The fourth day just some people do want that fourth day, but I find if I make that fourth day just an easy day, like bis, tris, and abs or something that’s the most people can handle. Four big workouts is a lot to handle.

You’ve got to remember that recovery isn’t just physical, it’s mental, emotional, stress weighs heavily on that. So, I do like three days and I encourage everyone to have a life outside of the gym and play sports and be active. With three days you can do the things you want to do. You can do martial arts, you can play flag football, you can surf, you can run hill sprints, whatever you want to do.

Craig Ballantyne: Perfect. The other cool thing that I thought you touched on a little bit is the way you have your sets and reps set up in that specific program, in the Triple Threat program.

I noticed something the other day, I’ve noticed a few times, but going in I was doing five sets of five on something and the first two sets were kind of still in the warm up phase, even though I did pretty good warm up, then the third set, boom, everything just started to drive up so well.

I think that the way you set your sets and reps up in that program it kind of same mentality or takes that same approach.

Craig Ballantyne: It maximizes that benefit is what I really should be saying.

Jason Ferruggia: Absolutely. You’re really not ready on your first set to give it everything you’ve got, your CNS isn’t really prepared, and just your joints and your whole body is not really prepared. I like to do a lot of warm ups, MORE warm ups than normal, keeping the reps low.

The way we set the reps up in the program itself with the work sets definitely leads to your heaviest set being more effective than if you did it in the traditional way.

Craig Ballantyne: Yes. Why don’t you maybe explain how you would do your general body warm up and then maybe just when do you get into that major heavy set?

Jason Ferruggia: Let’s say we’re doing an incline press and we’re going to start with 250. We’ll do the general warm up first, which is a lot of calisthenics type stuff and just some dynamic things. We’ll start with jumping jacks, flings, mountain climbers, some 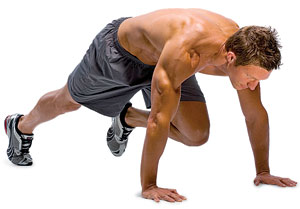 isometric holds, some glute activation, ab activation, stuff like that. That would be about ten minutes.

I’m a big believer in that kind of warm up really preparing the joints, the muscles, and the tendon ligaments and everything. I used to be not so big into warming up, but I definitely found that long term for if you want to be healthy it’s definitely a REQUIREMENT.

Then when we get into specific warm ups, like I said, incline at 250 is going to be our starting weight for the day, we’ll warm up with the bar, 95, 135, and then I like to make some small jumps. Normally, I would have gone 135, 185, right to 225. I prefer to make smaller jumps, 20 pound jumps and really focus on accelerating as fast as possible. That fires up the nervous system, gets you more prepared.

Craig Ballantyne: How many reps do you do on each set? Are you doing three or six?

I like the 250 set to be, that’s your first work set, but it’s not going to be your heaviest set. So, that set is actually like a working warm up set. You’re still going hard, but then we’re going to increase the weight on the next set, drop the reps a little, and that really prepared you better for your heaviest set.

Craig Ballantyne: So, you’ve always, not just in this book, but you’ve always been writing about how people do way too much in their warm up in terms of reps and actually cause fatigue in their warm up. Do you want to maybe just explain to people what they’re doing wrong there?

Jason Ferruggia: Yes. Like I said, I like to do a lot of warm ups, but I don’t want to be breathing heavy during warm ups, I don’t want lactic acid accumulation, I don’t want you getting too much of a pump during your warm up.

By doing A LOT of warm ups properly with LOW reps you’ll fire up your CNS without just burning out, not getting too tired. You don’t want to waste a lot of energy, that’s why you keep the reps low. You just do a lot of repeats, which will kind of grease the groove, as I like to say, and excite the nervous system.

Instead of doing just ten, eight, six, six, like that, I’ll just do ten reps on the first one just to get a little blood flowing and then all the warm ups will be three to five after that with a couple of singles.

Craig Ballantyne: You’ve already got some of the blood flow going from all the other stuff you’ve done before, the general warm up?

Jason Ferruggia: Yes, the jumping jacks and the whole dynamic warm up.

We’re only just getting started. Check out part 2 where Ferruggia introduces us to the Warrior Diet and his nutrition tips for gaining muscle.