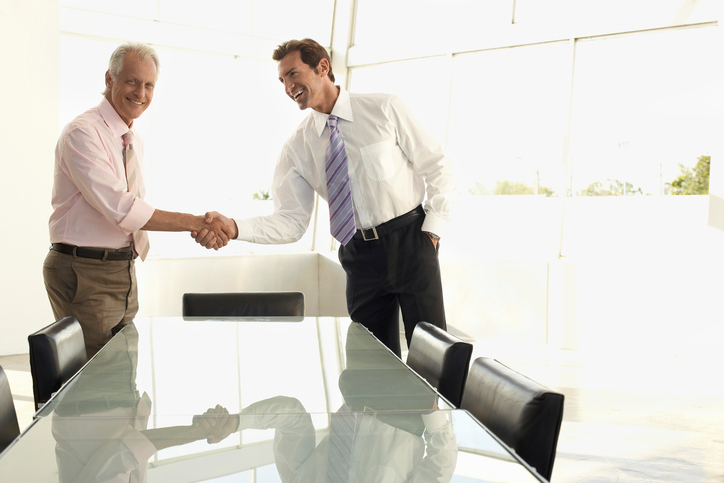 When we began publishing Early to Rise online in December of 1999, we didn’t have an e-mail list…

To that end, we didn’t have products… we didn’t have much in the way of internal resources or a budget… and we weren’t even sure what our target market was.

Now, 18 years later, we have figured all of that out… and much more.

Along the way, one of the best and most profitable marketing techniques we’ve employed has been joint ventures (JVs).

Joint ventures may be the best way to stimulate growth when, for whatever reason, you have limited resources and skills that you are willing to devote to a particular channel of marketing. Joint venture marketing deals should be a part of the thinking of every executive who wants fast, impressive growth.

Way back in the early 1980s, when the company was just starting out, it achieved fast growth by combining direct-mail advertising with joint venture marketing.

From about 1980 to 1995, for example, Agora grew its investment newsletter business from $1 million to $60 million, primarily through joint venture marketing deals. The proposition was pretty simple.

Agora was very good at direct-mail marketing, but its employees had very little investment expertise. Rather than attempt to develop financial gurus in-house, Agora went out into the media marketplace and found investment writers who had newsletters with a small number of subscribers.

Agora’s proposal to them was as follows:

For a financial writer with limited marketing resources, it was a no-risk, all-reward proposition – an impossible deal to refuse. For Agora, it was an efficient way to attract first-rate writing talent – some with established reputations and great track records. If Agora’s marketing worked, both partners would be very happy. If it failed to work, the joint venture could be dissolved, and both partners would then be free to go back to what they were doing before.

Agora used this joint venture strategy to develop more than a dozen newsletter franchises during the first 15 years of its existence. In that time, it saw revenues climb from $1 million to more than $60 million.

“I don’t think we could have grown that much so quickly without these partnerships,” Bill Bonner, Agora’s founder, said. “They allowed us to market some of the best people in the investment advisory business then, which gave us an advantage our competitors lacked. As our company grew, we developed in-house editorial expertise. Most of our writers nowadays are employees or freelancers under contract. So we don’t use that kind of joint venture deal anymore. But we do employ joint venture agreements on the Internet marketing side – and these are proving very valuable in terms of growth.”

SUGGESTED: How The Super Rich Earned Their Money

In 2001, Katie Yeakle, president of American Writers and Artists Inc. (AWAI), decided she wanted to sell her products in Germany. One option was to set up a branch office in Bonn and hire a local manager who would then hire translators and find service bureaus to publish AWAI’s products in that country.

The other option was to locate a German publisher who was already marketing to the kind of customers AWAI favored and make a joint venture deal.

She chose the latter option and AWAI entered a joint venture with Germany’s largest direct-response publisher. Because the publisher already had an existing operation, they were able to take on the new project without adding extra personnel or office space. Costs were thus reduced. And profits were increased dramatically, because the publishing company was able to market to its own list of buyers. Perhaps most important, AWAI and its German partner could combine their skills and knowledge to take full advantage of the German market quickly, thus avoiding any concern that another enterprising business would fill the gap.

To make matters simple, the contract established AWAI as owner of its product line, established the publisher as the line’s sole marketer in German and Germany, and stipulated a fixed royalty (a percentage of the sales) for AWAI.

Had Katie decided to make a go of the German operation herself, AWAI might have made more money, since it would have kept 100 percent of the profits. But it would surely have taken many years and would have had a greater chance of failure. By going with a joint venture, the German business was up and running in less than a year, and was very profitable in less than two years.

Perfect for Start-Ups and Small Businesses

Many small-business owners don’t like joint ventures. They don’t like the idea of splitting revenues. They like selling their own products because they get to keep 100 percent of the revenues.

This sort of thinking simply misses the mark. When a joint venture is executed properly, it doesn’t subtract from a business, it adds to it.

There are many ways to do joint ventures. But for a growing small business, the most lucrative type of joint venture usually involves at least two of three key elements: a product, a promotion, and a market.

Yanik Silver, an Internet marketing specialist who regularly writes for Early to Rise, says that joint ventures have been “very, very good” to him. He suggests that small businesses should consider not only JV deals but also all the ways there are of selling products and making money that they aren’t already doing:

One of the best ways to expand your marketing base is by adding on new marketing channels… and one of the fastest and most efficient ways of doing that is to form joint ventures with colleagues and competitors who have expertise that you lack.

Yanik talks about one information marketer who entered a joint venture with a telemarketer. He paid the telemarketer a large percentage of sales for events and other high-end products he was producing. This joint venture brought in millions of dollars in extra revenue, Yanik says. And it did so without “the headache of babysitting and training a bunch of telemarketers.”

Instead of hiring employees and running a mail shop himself, Yanik gets all his direct-mail marketing done on a joint venture basis. “My partner does all the little things necessary to get a direct-mail piece out,” he explains. “He’s also a good copywriter, so he writes envelope teasers, lift notes, and so on, too. I pay him based on the results of each mailing. We are both in it together. If I do well, so does he.”

One of the key secrets to joint ventures, Yanik says, is not to be greedy. “I give all my partners a fair percentage of the sales they help me make. It has to be significant. I want them to be happy.”

He also recommends getting the joint venture agreement in writing, “even if you are best friends with your partner. Memories fail, but a simple written agreement (which could be nothing more than an e-mail outlining key points) will clarify any discrepancies or misunderstandings that might crop up in the future.”

Joint venture marketing relationships can be extremely valuable. Every ambitious entrepreneur and marketing director should be open to them. Making them work, however, does take time and consume resources. And because you don’t have unlimited time and resources, it makes sense to be strategic in selecting your joint venture partners.

• Look for strong partners – businesses that have significant skills and/or resources that you lack.

• Make sure that your contribution to the deal is equal to your partner’s. An unbalanced partnership is not good for either party.

• If possible, limit the scope of the venture in the beginning and extend it as trust increases.

• Make agreements simple, but put them in writing.

• To avoid costly misunderstandings after the venture has begun, identify the value of each partner’s contributions at the outset. These should include skills, intellectual resources, marketing resources, capital, and so on.

• In determining the value of those contributions, remember that fairness is not an exact number, but a range. Try to be flexible – and favor partners who demonstrate the same flexibility.

• Establish clear protocols at the beginning for amending or unwinding the relationship if it fails to meet expectations.

• Goodwill is essential for success. Goodwill means that you want your partner to benefit from the relationship as much as you do.

The idea is to develop joint venture relationships that are easy to maintain, financially profitable, intellectually rewarding, and long-lasting. After a necessary period of negotiation and implementation, you want the relationship to grow well and quickly and painlessly.

MaryEllen Tribby is a business consultant and coach to entrepreneurs in the information publishing and digital marketing arena. She led Early to Rise from May 2006 to January 2010 as Publisher & CEO. She has also served as President of Weiss Research, managing divisions of Forbes, Globe Communications, Times Mirror Magazines and Crain’s New York Business. She currently heads up The CEO's Edge and WorkingMomsOnly.com.