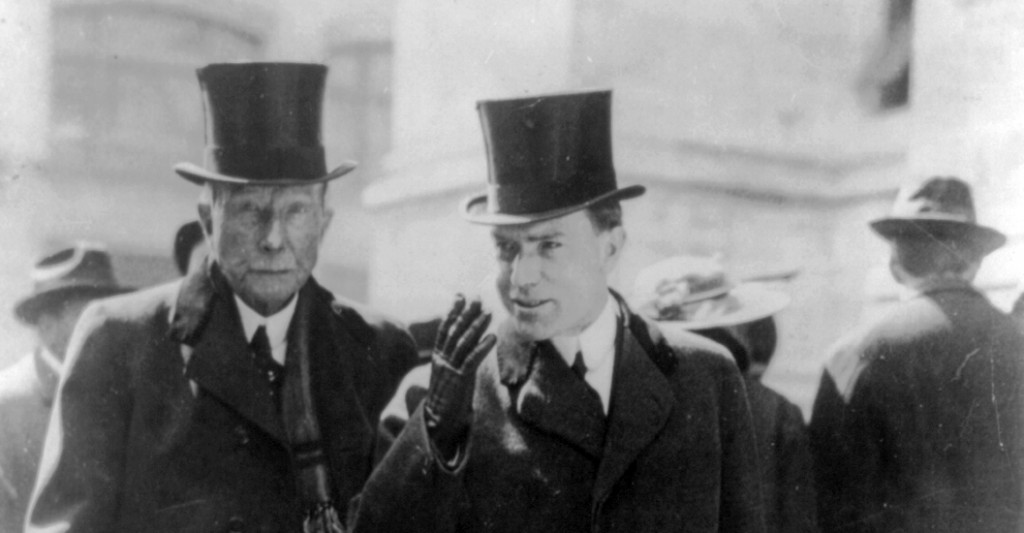 Here are some interesting statistics: In the 1970s, the minimum wage, adjusted for inflation, was at its highest point ever.

During the same period of time, the average weekly income of production workers, adjusted for inflation, was at its height too. During the 70s, the median existing home price topped $110,000 for the first time and grew steadily. Today, it stands at more than $130,000. So despite all the hoopla over the Internet economy and all the publicity about Americas new millionaires, most people are getting paid less while the cost of living in a new home is going up.

So if it feels tougher to make a decent living these days, cheer up… because you’re right; it is tougher. You are not imagining things.

How do you fight this trend? How do you get richer in an economy that is making most people poorer?

Lets look, for a hint, at how the super-rich earned their money. Lets go back a hundred years or so and try to identify the top 10 moneymakers. Keep in mind, its not as easy as looking up everybody’s net worth. If thats all there were to it, the list would have Bill Gates at the top, his partner Paul Allen next, Warren Buffet third, and so on.

But that wouldnt reflect the impact of inflation. Nor would it take into account the size of the current economy. A better way to measure the wealth of these men is to calculate each ones net worth against the gross national product in his era. This will give you a much better understanding of the economic status and power they have or had during their lifetimes.

Luckily, the work has been done for us. In their very interesting book, The Wealthy 100, Michael Klepper and Robert Gunther have tabulated the fortunes of most of Americas great businessmen. A review of the top 10 provides some interesting insights.

(I dont know about you, but just reading about the super-rich is enough to pick up my spirits!)

Okay, what does this all mean?

First of all, if you dont have a net worth of at least $36 billion, theres no point in bragging about it.

Second, its very interesting to note that only two of the top ten moneymakers made their fortunes recently – and none of them made their money from the Internet.

Third, note how many of these men were contemporaries. Yes, these were the great industrialists. Their fortunes grew thanks to the incredible building and buying expansion fueled by the railroads, oil, automobiles, and the absence of confiscatory taxes.

Theres something else that most of them have in common: They all understood a great secret of wealth – one that is critical to understanding how to start and succeed in a new business:

The power of cheap pricing.

Weve talked, several times, about underpricing the competition. Rockefeller did it by offering cheap gas and oil . . . Carnegie did it by manufacturing inexpensive steel . . . Marshall Field and Sam Walton applied the principle to retail marketing . . . and Henry Ford was the first to build affordable cars.

Outpricing your competitors is not the only way to establish yourself in a market. It is simply the fastest way. If you have the opportunity to position yourself correctly and you can demand higher prices, do so. Higher prices usually mean larger margins, more cash to improve the product/service, more funds for customer service, higher profits in the long run, and a more pleasurable and less intense business environment.

But it aint easy. Customers want what you probably cant give them – very high quality and very low prices. To establish yourself, what youd normally do is provide something that looks, at a glance, like the better quality stuff, but for a fraction of the price. Undiscriminating buyers . . . of whom there are plenty . . . focus too strongly on the price tags.

Suggested: The Entrepreneur’s 5 Pillars of Success

If you cant possibly compete on price – and getting the higher price you need seems impossible – you should really consider another industry. Not every business in every industry will give you the chance to make it rich. The first job of a wealth builder is to figure out if the business he is in will give him what he wants.

Ill talk about that in future messages. The very short version is this:

For you to get rich fast, your business should have at least three of the following four characteristics:

1. It should be in the business of selling. (That is to say, you should be developing a franchise hamburger business, not a gourmet sandwich shop.)

3. It should provide the market with a desired product/service at a reduced price.

4. It should capitalize (sell into) on a growing demand.

If your goal is to roll out a huge business empire, but your strategy is lacking, or the roadmap is unclear, take The Perfect Life Workshop.  You’ll walk away from the intensive with a blueprint for your business that can be implemented tomorrow, 1 month down the line, and 1 year.