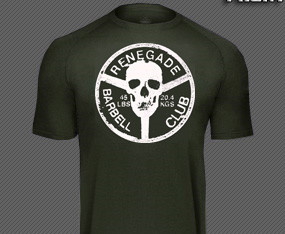 Hey folks!  Last day my good buddy, Jason Ferruggia shared with us some of his best nutritional advice when it comes to both fat loss and muscle gaining diets.  But, he didn’t stop there, he dug deeper and revealed tips for vegetarians, meat-eaters, and skinny guys….

…so if you fall into any of those categories, chances are you’ll find an excellent resource tool in part 2 of this interview.

Okay…for today, I want to take you into Ferruggia’s gym because it’s one of the most unique, fun, and results-driven gyms around.  Let’s take a look…

Craig Ballantyne: Why don’t we now turn back to your gym? It’s just so cool. Everyone who is listening to this call, even if you live half way around the world, they can get a great idea just by going to the TheRenegadeGym.com and checking out the video there. Then also, you’ve got some awesome YouTube videos.

It’s just this cool little place tucked away in Jersey. Why don’t you tell us about some of the crazy stuff that you guys do in the gym, and also just how you set up your training program? It’s not a gym where you can just go in anytime you want, you’ve got to go in there in the groups.

I’ve watched those groups train and I’m ready to move to Jersey right now, just because it’s so awesome to be there.

Jason Ferruggia: Thanks for saying that. I appreciate that. We do mainly group training. We just try to make it fun. We stick with the basics, obviously.

It’s my belief that everyone should learn something, so I’m not just there entertaining people. There’s going to be the frustrating part of learning things. I do want people to learn how to squat and dead lift, which as you know is complicated and takes time.

We always stick to the basic lifts. Everyone is going to squat lift if they can, if they don’t have an injury. Then we make it 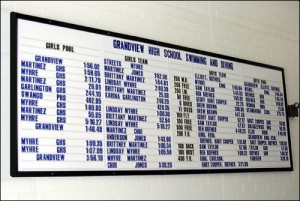 fun by, first of all, group training is a lot more FUN, we compete, we keep track of records, we keep a record board.

Anytime something is MEASURED it IMPROVES a lot more.

There’s the whole comradery, everyone gets to know each other, everyone screams at each other, cheers each other on. That all makes it fun. Then we do a ton of NONTRADITIONAL STUFF , which makes it fun as well. A lot of kegs, and log presses, and we flip tires, and drag sleds, and push the prowler.

I’ll have the workouts planned. Like you said, it’s not a public gym, we train in groups and we have usually TWO different groups. One is more of a size and strength kind of group where it’s just skinny guys looking to get bigger, stronger, more explosive and powerful.

Then another one, which is more of a fighter kind of a workout, which is more for conditioning and fat loss, and it’s good for guys who are a little bit beat up. Maybe they can’t squat or dead lift, things like that.

I’ll have the workouts printed out and we will also have randomly I’ll add a CHALLENGE at the end of a day. Not every day, but at least once or twice a week we’ll have a challenge. We’ll say, “Let’s see how many times you can clean and press the log. How long you can hold this position.” Or, “How many times can you go back and forth on the monkey bars?”

We always keep it fresh and keep it challenging. Everyone loves that, we scream and fight to the death, we just challenge each other. That makes a great atmosphere. That’s basically what we do in a nutshell.

Craig Ballantyne: That’s awesome. What kind of exercises can people do at your place that they won’t be able to do at a regular gym? Obviously, prowlers, you’ve got log presses…Talk about that stuff, because that’s awesome for people to check out.

Jason Ferruggia: Yes. We have a ton of stuff that you couldn’t get at a regular gym. Battling ropes are great for conditioning and

fat loss. The prowler is awesome, I highly recommend that everyone get one of those.

We use chains a lot, but not in the power lifter sense. We use them to do curls with and tricep extensions, which is actually great if you have elbow problems and can’t do normal tricep extensions, because the chains de-load at the bottom.

Actually, for certain elbow and shoulder problems CHAINS are great. You just attach a handle to them and press if you have a shoulder problem like I do, I can’t press out of the bottom, but I can with the chains, because they de-load at the bottom. So, stuff like that.

Farmers walk implements we have, which unfortunately most gyms don’t have this kind of stuff. Then I’m always adding new stuff to keep it fun and keep it fresh. So, we have may spells in there now, which are great to do some ab exercises.

Recently I started with the Indian clubs, which are great shoulder rehab or pre-hab exercise. We’re always looking out and adding new stuff, creating new stuff. We have the slash pipe, which is a great core exercise. All kind of stuff like that.

Craig Ballantyne: How are you using kettlebells in there right now? I know you’ve got quite a few in there.

Jason Ferruggia: We use them for a lot of different things. Obviously, the main two big exercises are the snatches and swings we do. Swings I always do high reps, snatches I will do low reps for explosive power development. I’ll also do them high reps for a conditioning kind of challenge.

We do those two main exercises and a VARIETY of different swings, two arm swings, one hand swings, between the legs, outside the legs, and then we’ll just use them for regular stuff too, like pressing and rows. Loop a towel through them or a rope through them and do curls with them, swings like that with the towel or rope through them.

A lot of different things. I come up with new unconventional ways to use them too as often as possible.

Craig Ballantyne: When you’re doing those programs though, you’re not like the kettlebell guys whose entire workout is kettlebells.

Jason Ferruggia: No. There will be a lot of times where I won’t do any kettlebells and then some workouts we’ll do one kettlebell exercise, maybe two. It’s not the whole workout, not at all.

Craig Ballantyne: Cool, thanks for sharing those.

So now that we know some of the unusual exercises Ferruggia has his clients doing at his gym, why don’t we now turn our attention to the sort of differences he’s noticed between the men and women in part 4.