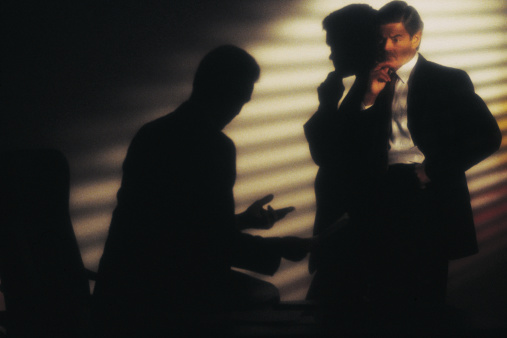 I recently met with a capable and driven executive and asked him, “How are you?” He gave me a rapid-fire answer of all of the things he was doing: travelling, business updates, career changes and his children’s innumerable activities. It sounded like an intense but satisfying life.

Then I asked him again, “How are you really?” And the moment I did, he became emotional and the reality of his life just flooded out of him: his stress, his frustration of trying to juggle it all, his sense that he had no time to really think, or play with his children or enjoy any of it. The (cute) summary is this: his schedule was always filled but his life wasn’t fulfilled. What is less cute is the idea that he, and many of us, have been sold a bill of goods.

We’ve been sold on a heroic ideal of the uber-man and super-women who kill themselves saying yes to everyone, sleeping four hours a night and straining to fit everything in. How often have you heard people say, “I am so busy right now!” But it almost seemed like a back-door brag.

But it’s a bogus badge of honor. It suffocates our ability to think and create. It holds otherwise hard working, capable people back from our highest contribution. Below are a few of the myths of success that hold us back from becoming very successful.

As I wrote in a piece for Harvard Business Review, this means, “Not just haphazardly saying no, but purposefully, deliberately, and strategically eliminating the nonessentials. Not just once a year as part of a planning meeting, but constantly reducing, focusing and simplifying. Not just getting rid of the obvious time wasters, but being willing to cut out really terrific opportunities as well. Few appear to have the courage to live this principle, which may be why it differentiates successful people and organizations from the very successful ones.”

Truth: Very successful people rest well so they can be at peak performance.

In K. Anders Ericsson’s famous study of violinists, popularized by Malcolm Gladwell as the “10,000 hour rule,” Anders found that the best violinists spent more time practicing than the merely good students. What is less well known is that the second most important factor differentiating the best violinists from the good ones was actually sleep. The best violinists averaged 8.6 hours of sleep in every 24 hour period.

Myth 3: Successful people think play is a waste of time.

Just think of Sir Ken Robinson, who has made the study of creativity in school’s his life’s work. He has observed that instead of fueling creativity through play, schools actually kill it: “We have sold ourselves into a fast-food model of education, and it’s impoverishing our spirit and our energies as much as fast food is depleting our physical bodies. Imagination is the source of every form of human achievement.”

Myth 4: Successful people are the first ones to jump in with an answer.

As the saying goes, the people who talk the most don’t always have the most to say. Powerful listeners get to the real story. They find the signal in the sound. They listen to what is not being said.

Myth 5: Successful people focus on what the competition is doing.

Truth: Very successful people focus on what they can do better.

The “winningest coach in America” is Larry Gelwix, the former Head of the Highland High School rugby team. His team won 418 games with only 10 losses in over 36 years. One of the key questions he challenged his players to ask was “What’s important now?” He didn’t want his players getting distracted with what the other team was doing. He wanted them to play their own game.

Last week I took a tour of the Kennedy Presidential Library in Boston, Massachusetts. One of the quotes there grabbed my attention. John F. Kennedy said, “The great enemy of the truth is very often not the lie, deliberate, contrived and dishonest, but the myth, persistent, persuasive and unrealistic.”

The myth here is celebrated in modern culture: it’s someone who is capable, driven and wants to win and be popular. They have been rewarded for their willingness to take it all on, fit it all in and just make it happen. They believe doing more is better than doing less. I call this type of person a Nonessentialist.

Still, there is a new hero in our story. She asks, “What is essential?” and is willing to eliminate everything else. He says no to the less important activities so they can give themselves fully to the few things that really matter. It is a path that takes courage. It may require making the tradeoff between short-term popularity and long-term respect. It leads to a greater sense of control and even joy. But as an added benefit it also seems to be the thing that distinguishes the successful from the very successful.

[Ed. Note: Greg McKeown speaks on living and leading as an Essentialist. In this pursuit Greg: Writes a blog for Harvard Business Review. Serves as a Young Global Leader for the World Economic Forum where he has been both moderator and panel member. Designed a prototype class at the d.School at Stanford called, “Designing Your Life, Essentially.” You can read Greg’s latest book published, Essentialism: The Disciplined Pursuit of Less.]