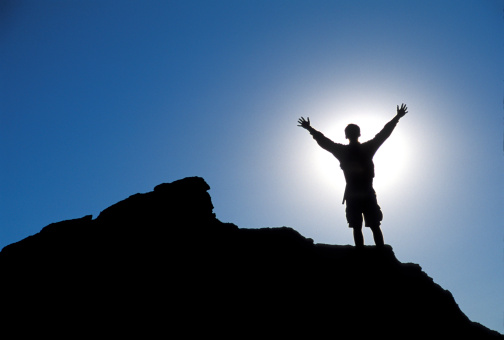 Dragon Lady wanted to go on a date with me.

Ugh. I was already battling my demons, and now I had to fight a dragon, too? This was not going according to plan.

No, I was not traveling through Middle-earth with Frodo and Bilbo. It was November, 2007 and fifty-five business owners were attending my first marketing seminar at the PGA Resort and Hotel in West Palm Beach, Florida. Over three days I would reveal everything I did to build my 7-figure Internet business.

I let my personal demons dictate my behavior.

Of course, it didn’t help that Dragon Lady was there.

Imagine this. You’re an introvert with an important message to share. You bundle up all of your courage to step on stage. At the first break, she walks up to you. Standing over me at 6 feet 2 inches tall, she wore a short skirt, revealing a dragon tattoo that started at her foot and wound around and around her leg all the way up to, what I imagined (with great hesitation), was it’s head somewhere on her torso.

She asked me if I was interested in dating her.

It was not what I needed to start the weekend. Thank goodness my microphone had been muted between presentations. I told her I was flattered, and thanks, but no thanks.

Regrettably, I used this incident as an excuse to further withdraw into my shell.

I should have looked on the bright side of my interaction with Dragon Lady. Even though the conversation was awkward, it taught me that strangers don’t bite (and if anyone would have been a biter, I’d have put my money on her).

The big lesson here is that the battles were all in my head. I let my natural tendencies overwhelm me and I chose the easy way out. I worry that you might be making the same mistake.

None of these are acceptable excuses. No matter which reason you are using to protect yourself from leaving your comfort zone, you have no choice but to step up and act.

There were two demons that beat me at the seminar. Demon Number One was Introvertius. You might have a similar demon inside of you. It’s the one that tricks you into shirking interaction when you’re in large groups. It convinces you to cower in your hotel room and lends excuses on why you should skip the networking events. It’s one thing when you’re just attending an event. But when it’s your event, you can’t let Introvertius win. But I did.

Demon Number Two, Low Energy Lucifer, picked up where Introvertius left off. I failed to bring the energy that the audience deserved. While the content was on point, my delivery was not. This meant the sessions were not high-energy, and engagement with the audience was not optimal for their learning. Imagine Ben Stein’s character, the Economics teacher from Ferris Bueller, droning on for a 3-day seminar, and you get the picture. It was unacceptable.

As the seminar came to an end I received mixed reviews. Those that loved the event, looked past my shortcomings as a presenter, and focused only on the content have gone on to make millions of dollars online.

On the other hand, those that craved – and deserved – a better experience, higher energy, and more interaction with me (although not necessarily romantic dates!), remain disappointed in me and my seminar to this day. As the old saying goes, you only get one shot at a first impression. I botched mine.

The following week, back in the safe confines of my office in Toronto, I vowed to get better. I don’t know why. I could have packed up my presentation tent and called it a career, knowing that I’m not a natural at delivering high-energy, extroverted performances. There are plenty of other, easier, more lucrative ways to build a business.

Perhaps there is a masochistic side to me. Perhaps I have another demon inside of me that makes me a glutton for punishment.

Since November of 2007 I’ve pushed on. I sought out more speaking opportunities. Session by session over the years I improved, each one better than the last. I studied great presenters at both extremes, learning from both Pastors and comedians alike. My biggest influences have been Pastor Will Kramer’s sermons at First St. John’s Lutheran Church in Seebach’s Hill, Ontario and Louis C.K. and Dave Chappelle videos on Youtube. Other virtual mentors on my personal journey to becoming a better speaker have included Dan Kennedy, Nido Qubein, and even the infamous Jordan Belfort (The Lone Wolf of Wall Street).

Between 2007 and 2013 I recorded over one hundred Youtube videos. My first attempts were, not surprisingly, terrible, yet some have received over1.83 million views. The views aren’t a testament to my skills. Instead it was a combination of luck, keyword selection, and a hot topic. I’m embarrassed by my energy, and you are free to watch my early videos as a lesson in how not to deliver great content.

What matters is that each video, as difficult as it was to film, made me a little bit better. Cumulatively, practice and experience add up. If you watch my most recent videos, you’ll wonder if I consumed seventeen bottles of 5-hour Energy shots before filming. (I do confess that a little bit of caffeine does go a long way in helping introverted folks to bring the energy.)

In 2011 my Presentation Revolution continued and I decided to burn the boats. I made an all-in bet. That was the year I announced the big mission in my fitness business. Turbulence Training, I said, would not rest until we had helped 10 million men and women transform their bodies and their lives. There was no hiding now, no letting my demons win. I had to get out there. I had to take my message to the world.

To accomplish my mission I would need to have an annual fitness seminar. This led to the first Turbulence Training Fitness Summit in August, 2011, at the Westin Hotel in the Gaslamp district of San Diego. There were 75 attendees, and while my energy was significantly better than it was in 2007, I still had a long way to go.

I’ve written many times about Cal Newport’s book, So Good They Can’t Ignore You. Newport argues that we can develop valuable skills through the combination of practice and feedback from experts. These were the foundation of my improvement. I spoke as often as possible. I watched recordings of my seminars. I sought feedback from my friend and master of the stage, Bedros Keuilian, as well as ETR’s Publisher, Matt Smith.

Just before the 2nd Turbulence Training Summit I experienced a significant turning point. This was when I first discovered Maya Angelou’s quote, “I’ve learned that people will forget what you said, people will forget what you did, but people will never forget how you made them feel.” Her words, as I’ve written before, were literally life-changing for me. That was the insight I needed to turn the final corner and radically transform my presentation skills.

Last month, at the 4th Turbulence Training Summit, I delivered my best presentation ever. I memorized a 45-minute speech, delivered completely without Powerpoint slides or cues of any kind, and with an energy that connected emotionally with my audience.

I have banished Introvertius and Low-Energy Lucifer to the bowels of Speaking Hades. They own me no more.

I’ve changed. And if I can do it, so can you. If you are struggling with your fears, procrastination, or shyness, here’s what you must do.

First, you need to know what you want to achieve. Be specific. I knew that I wanted to become a good speaker that could galvanize an audience to action. I’m still a long way from Tony Robbins (not that I want to be exactly like him, but you know what I mean) and I have a lot of work to do, but I know that I’m on the right track. Create your plan for getting there.

Second, go public. Tell the world what you want to do. Then you have no choice but to do it. Get professional accountability and feedback. It’s an essential part of success.

Third, take action. Push yourself outside of your comfort zone. Take baby steps and make little bets. You’ll find, as I did, that your fears don’t bite. Your fears aren’t even real. They are simply inside your head, products of your imagination, and the prison bars that you think exist are not real at all.

Here’s my final secret. Every time I step on stage, I become Preacher Craig. I channel the energy that I’ve seen in Pastor Will’s sermons and speeches. I practice the confidence and coolness of Louis C.K. and Dave Chappelle as they completely shift topics in their comedy routines.

Speaking, in my opinion, is all a matter of practice and attitude. It’s a performance, one you must prepare for, but one that anyone can master. You may look at it as playing a role. From Brando to Beyonce, professionals have long channelled a ‘split personality’ within themselves during their performances. This little trick works for me, it worked for them, and it can be your secret weapon too.

No matter what you want to achieve, think of the people that you aren’t helping by leaving the limits on yourself. You need to make big and bold promises. You need to keep those promises. Tell the world and it will hold you accountable.

Put your reputation on the line – and then exceed expectations.