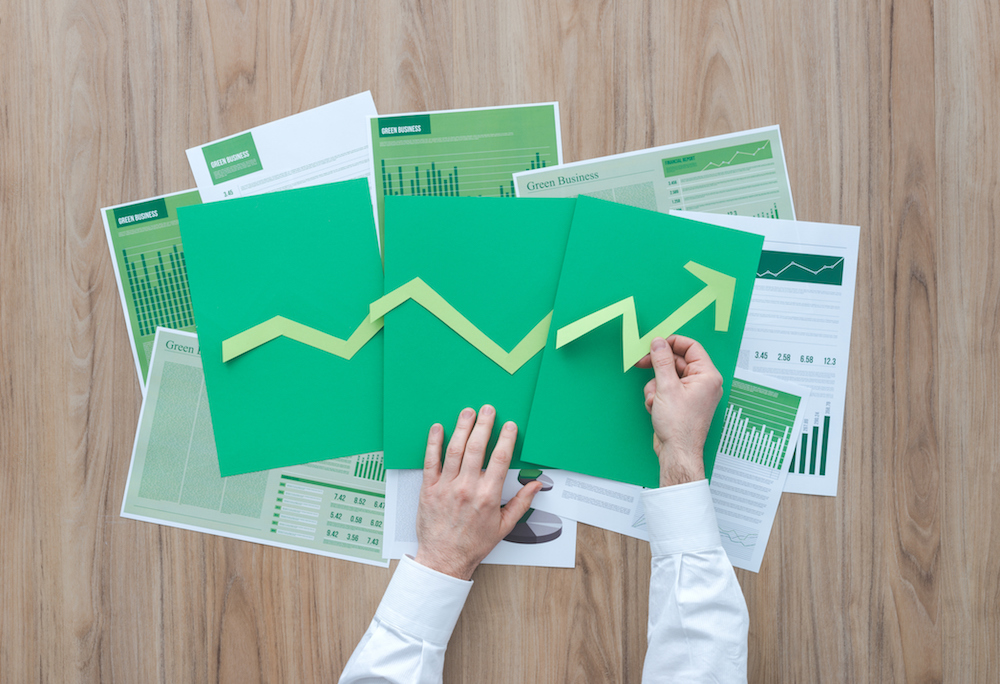 The difference between people who build wealth—Empire-builders—and those who do not comes down to the way they think.

But it doesn’t stop there. Wealthy families also have better systems to deal with distractions and temptations, and to protect their wealth. Fortunately, these wealth systems can be learned.

Let’s look at how wealth, as part of an Empire, can be built—even in hard times.

A personal story of Empire-building

In 1979, my friend’s father smuggled his family out of the Soviet Union to escape communism. He spent all of his savings and risked his life to give his son a fresh start and new hope in America. But life here wasn’t easy. They spent the next 10 years living below the poverty line, struggling to fit in to American culture and put food on the table. Eventually, it all paid off. My friend was given the opportunity his father dreamed of.

In 2000, the son opened his first business. Five years later, he sold his businesses to a larger corporation. He parlayed that sale into a bigger business, and has since grown an Empire worth over $20 million that serves over 100,000 people every day. Today, my friend helps other business owners scale from $1 million in revenue to 8-figures and beyond. The takeaway: Scale is one skill of the wealthy.

Another skill of those who build—and keep—wealth is creating structure. That’s where I come in. You see, my friend struggled for years to balance his work, family, health, and stress levels. He eventually had an anxiety attack in 2014.

But then he learned my daily habits and put more structure and discipline into his life, earning him TRUE freedom that money couldn’t buy. By now you may have guessed that my friend is Bedros Keuilian. If you don’t know Bedros, he came from Armenia at the age of 4 and today runs the 15th fastest growing franchise in America called Fit Body Boot Camp.

Last month, Bedros and I started a new coaching group called Empire Mastermind. It combines my Perfect Day Formula systems with his marketing and sales systems so our clients build high-performance teams and grow 8-figure businesses.

This is our coaching program for entrepreneurs who want to go to the next-NEXT level in both personal and professional success. No matter what people say about money, I believe that wealth brings true freedom into your life, and that’s what we want to give to you—financial freedom and emotional peace.

So what EXACTLY will you learn in Empire Mastermind? Everything from productivity tactics to profit insights. While I don’t want to give everything away, here’s an example of a core lesson on scaling:

One of the most important things you need to do when building wealth is to think differently—primarily about scale. To build a company with $10 million in annual revenue, you need one of the following:

At ETR, we have a program called The Perfect Team Training Workshop. In it, we aim to hunt whales, looking to work with 100 or 200 corporations willing to pay us $50-$100K. This is, in my opinion, a more manageable approach than trying to sell one million copies of my “Perfect Day Formula” book at $10.

The latter approach, selling a large volume of a low-priced product, can be referred to as “attracting ants.” This usually requires having an advertising campaign that can scale.

For example, when we were selling my Turbulence Training fitness programs in 2013, we were generating 300 sales per day of a $27 program through Facebook advertising.

But having a low-priced product doesn’t mean it’s easier to sell (profitably). It’s tempting to think that it’s easier to get hundreds of thousands of customers because your price is low, or because “everyone needs your product.” The reality is that playing the low-price game comes with incredible competition and shrinking profit margins.

Empire thinking and premium-priced products and services often turn out to be the cumulative lever that elevates your business above all others. Take a look at luxury fashion houses. If you break down the materials that go into a Louis Vuitton handbag, it’s a fraction of the final purchase price (the cost of goods is about 10% of the retail price). But there are other factors that go into the ability to charge higher prices—specifically, sales and marketing.

So grateful to be rooted in my purpose and calling thanks to the Empire Mastermind with you and Bedros. You both saw something in me that I didn’t. And your Perfect Life Workshop was such a turn around for my family. THANK YOU. —Vince Delmonte

On the other hand, whale-hunting might be your golden ticket—if there’s demand and the customer is right. “If you have a good solution for a significant problem experienced by large enterprises, building a $100 million business is relatively straightforward,” says Jason M. Lemkin, an investor in Silicon Valley.

Here’s a real world example. The tech marketing intelligence company, CB Insights, recently decided to hunt whales. Its founder, Anand Sinwal, explained his decision like this: “One of our goals on our path to world domination is to take CB Insights to $100M in revenue. To do that, CB Insights has no choice but to hunt whales and get 1,000 customers paying us $100k per year.”

“The reality is that charging $1,000 per year for a newsletter subscription just won’t get us there,” Sinwal said. “We have 300k on our newsletter list, but even assuming a generous 1% (3000) conversion to sale, we’d only get to $3M per year.”

“That’s not bad,” Sinwal said, “but we’d need 97,000 more customers to get to $100M. Assuming a 1% conversion rate for the rest, that means a market of 9.7M people. The number of people interested in what we do is not that big. And building a $10M business just isn’t that interesting to us. So ultimately, the lower price tier is just not a good strategic or economic fit for where we are and our goals.”

As you can see from Sinwal’s example, attracting ants and hunting whales require not only different skill sets, but also a different approach to Empire thinking.

SUGGESTED READING: How to Launch Your Product Idea

The Next Steps to Becoming an Empire Mastermind

The bottom line about Empire Building is that if you have the stomach and are committed to doing things differently and taking MASSIVE action, then you can do it, too.

Wealthy people are proud to think differently, live differently, and BE different. They are not afraid to ask questions, and they are willing to spend time thinking deeply about the right questions to ask.

While exposing this one big difference between wealthy and average people still only scratches the surface, building an Empire all begins with how you think, who you associate with, and becoming a new you.

If you’d like to know more about the Empire Mastermind, please watch this video.

After you watch the video, fill out the application below it. If you’re a good fit for the group, then we’ll reach out to set up a call with you to answer any questions you might have. But please hurry. Our next meeting is in January, and as you know, the world rewards fast action-takers.

Bedros and I are looking forward to working with you and helping you build your Empire.