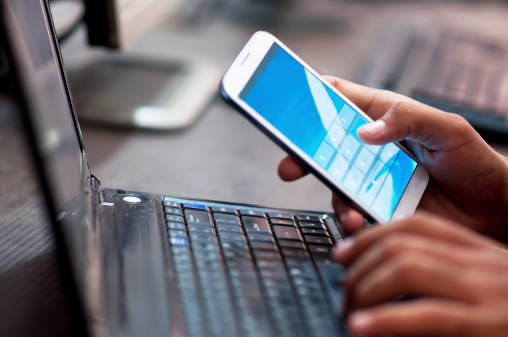 It sounds a bit cliché to say that you remember something… “like it was just yesterday” when that something actually happened nearly 25 years ago.

But I really do. Not necessarily because it was so surprising (though indeed it was) but because it showed me still once again that when you follow a proven principle the chances are excellent that you will attain the desired results.

No, not every time. And, not necessarily—or even usually—immediately. But, certainly, most of the time. In this case, it was immediate.

Early in my speaking career and struggling to stay in this business that I’d already fallen in love with, I was often on the phone. Life was different back in the late 80’s/early 90’s. Yes, we had this thing called a…telephone. It was usually on a desk. And, we actually calledprospective client organizations in order to begin the selling process.

Attraction marketing had not yet become mainstream. It would still be a few years before I’d become familiar with master marketers and legends such as Dan Kennedy who’d help us attract prospects more
“Magnetically.” And, of course, the Internet had not only not yet become a force but as far as I know, it was still only being used by university academics and government employees. It really hadn’t even been that many years since “Al Gore” had invented it.

Instead, the selling process was what we used to call, “Call – Send – Call.” Using a couple of well-known directories we speakers knew about, we’d call to find out who the decision-maker was, qualify their interest and needs, and send information. And then, follow-up, follow-up and follow-up some more until the speaking engagement either happened or it didn’t. It usually didn’t. Sometimes it did. Make enough calls doing the right things in the right way and, while there would still be many more nos than yesses, there would also be yesses.

Of course, that’s a very surface account, as there were also many ways to position oneself as a speaker much more effectively and increase the odds of success. Nonetheless, that was the gist.

While I approached the building of the business systematically and had some early success, it was an up-and-down type of success and not at all sustainable. Sometimes I had business and…well, sometimes I didn’t. And, while I had a part-time assistant to help me with the administrative stuff, I was still at the point where I was the marketing and sales department as well as the speaker I was marketing.

Like many young speakers in a similar situation, I called and called until I booked myself busy; then found that I didn’t have time to call anymore until my schedule tapered off. The key was to then sell more speaking engagements before my money ran out.

At that time I didn’t market information, I had no books, I had one “product” that I sold during my talks. Basically, I was a speaker. As in, book the program; speak; get paid; leave.

Yes, I stopped getting the bookings; the speaking engagements that made my business possible.

And, it had gotten bad. I mean, I was at the point where I was sneaking peeks at the help wanted pages in the newspaper (another thing we had back then) thinking I could always take a job in sales. This would allow me to continue speaking part-time and hopefully re-build it into a full-time practice. Words cannot possibly describe how much I did not want to take a job. I was loving my new career and was just on the cusp of it being a self-sustaining business.

But, it wasn’t looking good. And, on a late Friday afternoon, with my one-person staff gone, and calls getting me nowhere, it was time to leave for the day. A true sense of discouragement settled in. Guess I’ll go home and really do some soul-searching over the weekend.

I then remembered something I used to do when I first began in sales. I was selling advertising for a small television station, making cold-call visits to businesses throughout the day. And, every day at the end, when the day was over and there were no more businesses to visit…I’d visit just one more. Yes, I’d make just one more call.

I can’t tell you how many times that last one ended up paying off in new business! Kind of amazing how that worked.

So, at the very end of this discouraging Friday afternoon, I decided to make just one more call. In the directory I spotted an organization that—while quite large and very well-known—it seemed there was no way they’d have a need for what I spoke on at the time. But I called anyway.

Why? Because it wasn’t about getting a yes; it was about making just one more call.

Well, it turns out that not only did they need what I was offering…they apparently wanted it, as well. They also had, what they called “sectional organizations” nationwide. Over the next three years, I’d speak at 41 of them. Sure, my fee was quite a bit less back then, but it kept me in business and gave me the confidence I so badly needed at that time.

That call — that one more call — turned out to be the difference-maker.

What about you? Could that one more call/contact/personal email, visit, per day help your business? If so, go ahead. You don’t have to make a whole bunch of extra ones. But once the day is through, make just one more.

Have you had a similar experience as mine? Please feel free to share it with us!