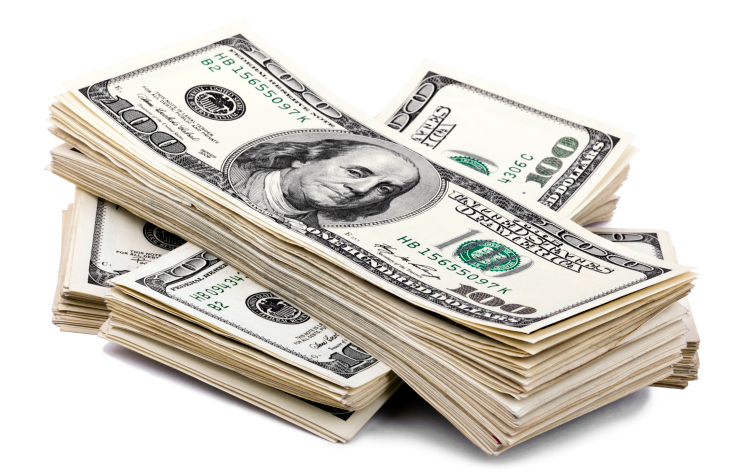 The year was 1985. Michael Jackson and Boy George topped the charts. The Chicago Bears, under Coach Ditka and powered by William “The Refrigerator” Perry, were dominating the NFL and working on their Super Bowl shuffle.

Out on the Ballantyne farm, I had just turned 10 years old. My life revolved around playing sports, watching sports, reading about sports, and dreaming about a career in sports.

I didn’t care that I went to school with patches on the knees of my cheap old sweat pants, or that my family drove me around in a rusty old pick-up truck or ugly old station wagon. I was happy to eat my summer sausage sandwiches everyday at school and wash that down with a juice box, followed by some of my mom’s stale homemade cookies. Sure, most of the kids at school had fancier clothes and better snacks, but these were my carefree years of youth.

Or at least they should have been.

1985 was also the pinnacle of my parent’s fighting years. Screaming matches could explode at any time. Worse, I always worried I might do something that could light the fuse.

Fortunately, the old farmhouse was large enough for each of them to have their own separate TV rooms and safe harbor from one another. But I learned to walk as quietly as possible when both of them were present, constantly living in dread of another eruption. The habit became so ingrained that I found myself still sneaking around on my tiptoes in stocking feet for over six months after my father passed away.

For whatever reason, by the time I had turned 12 years old, they simply gave up on one another. They chose to live the next twenty-three years, until my father’s death in 2008, in virtual silence and animosity. Although this arrangement was far from perfect, I’m glad they chose it over the alternative of splitting up.

During the War of the Roses years, the fights could come at any time. Most popular was the 5pm weekday blow-up. Each night’s dinner was eaten in an air of thick tension, never knowing if the volume of the television was going to be loud enough to set my father off or if the fragile cease-fire would hold another night.

At the heart of every argument was alcohol. My father’s drinking fueled my mother’s fears about money. My father was wasteful with what he earned on the farm, and she earned very little as a receptionist at a factory in the city.

Looking back it’s hard to conceive that the two of them could have ever imagined that getting married was a good idea. Regardless, what was passed on to me through both nature (genetics) and nurture (environment) shaped me – and my money mindset – into what I am today, just as your biological parents and whatever upbringing you enjoyed (or endured) shaped who you have become.

Dan Kennedy says we all had what is known as a “top of the stairs” moment in our childhoods that determines our relationship with money.

He’s referring to the conversations you heard between your parents, late at night when you were supposed to be in bed, but while you had snuck out and scrunched down in the darkness at the top of the stairs. You crouched there, listening intently, wondering and worrying why your mother and father were so stressed out about money.

My top of the stairs moment happened in the spring of 1985. I remember the night clearly. It was 6pm and my mother was getting ready to take me to hockey practice. My father had been drinking. Again.

It was one of the arguments where it was easy for me to feel like it was my fault. Looking back though, I realize it was simply a matter of time before a blow-up was going to happen. In this case, it just happened to be triggered by something I did.

At the time, our family was adding a beautiful, large new addition to our old farmhouse. Now we weren’t rich, and never were, but my parent had saved a few thousand dollars to upgrade their century-old stairwell and cellar. We were also adding a new garage and family room while we were at it.

During construction, the new living area made for a perfect mini-hockey arena for my friends and I. When it was just plywood and insulation, we could fire tennis balls and sponge pucks at one another with reckless abandon.

Then came the drywall and staccato roof. And I marked up the ceiling with a few errant shots that were “just a bit high and outside.”

My mother blamed my father for not preventing my accident. My father blamed my mother for who-knows-what. Then came the accusations of drinking. This was followed by the money moment where my mother accused my father of wasting thousands of dollars each year on booze.

“You spent over $2000 on alcohol this year!”, she yelled in exasperation. This was back when the beer was cheap, probably fifty cents a bottle or less. That adds up to a lot of six-packs, doesn’t it?

She had a fear of living without enough money and she was passing it on to me. There I was putting on my jacket over my used, 2nd hand hockey equipment on the way to practice, literally living through my top-of-the-stairs moment. The argument and her fears were cementing the money-mind scarcity that dogged me for almost two decades before I fixed it.

There was never an abundance of money, nor an abundant money mindset in our house. Even today my mother remains thrifty in her new house.

Now that’s not a bad thing. And I don’t spend money frivolously. In fact, I don’t own a home because I believe they are overpriced for what you get here in Canada (according to The Economist, home prices are still 74% over-valued in my home country). I don’t own a car because it’s a better deal for me to rent one, considering how little I use it and how much it would cost in upkeep, insurance, and for an expensive parking spot in Toronto. I don’t even own a bike in the city because my last one got stolen, and frankly, I can just walk to the gym.

But that’s also because of my money mindset – Don’t spend it because you’ll never know if you might lose it.

Unfortunately, this scarcity mindset could be eating away at my mental performance at work. In their book, “Scarcity: Why Having Too Little Means So Much“, authors Mullainathan and Shafir argue that when humans are chronically underfed, have no money, or even lack time, that their performance suffers because all the mind can focus on is filling these needs. This scarcity mindset contributes to the poor staying poor, to dieters dreaming about binge eating, and to time-starved executives becoming less productive.

Chances are that if you grew up in a scarcity-minded, poor money mindset upbringing, that you still have some type of negative relationship with money today.

This is undoubtedly holding you back in life. It could be limiting your self-confidence to start a new business, preventing you from getting a raise or promotion, or creating mental obstacles in the way of holding a steady job.

If you find that each time you achieve financial success in life that you somehow self-sabotage yourself, then you most certainly have a money mindset problem. Does this sound familiar?

And it’s not just restricted to people like you and me. In my personal coaching business, I’m constantly working with multi-millionaire clients that suffer from the same symptoms. They have oodles of cash in the bank yet they hesitate to hire a housekeeper and insist on doing $10 an hour tasks while simultaneously trying to perform the invaluable and never-ending tasks of a CEO.

Something’s gotta give, and so they come to me as stressed, under-performing, and overwhelmed individuals. Fortunately, it’s an easy fix. The money mindset can be cured. Your top-of-the-stairs moment can be dealt with. It can be removed. The governor on your success can be lifted, and you can race off on the path to success.

Financial success can be yours.

But it first starts with recognizing what’s holding you back and eliminating those scarcity thoughts. That’s the obstacle in your way right now.

In part 2 of my History of Money, we’ll solve this problem for you.

You can read Part 2 in the first issue of our NEW and IMPROVED Financial Independence Monthly newsletter.

Get your trial subscription – and 3 free bonus reports on how to make money from your credit cards – here.

[Ed Note: Craig Ballantyne is the editor of Early to Rise (Join him on Facebook here) and the author of Financial Independence Monthly, a complete blueprint to helping you take control of your financial future with a web-based business that you can operate from anywhere in the world – including a coffee shop, your kitchen table, or anywhere around the world where there is Internet access. Discover how you can achieve the American Dream and your financial independence here. You’ve never seen anything like this before.]
Posted in Personal Finance, Skill Development, Wealth
This error message is only visible to WordPress admins