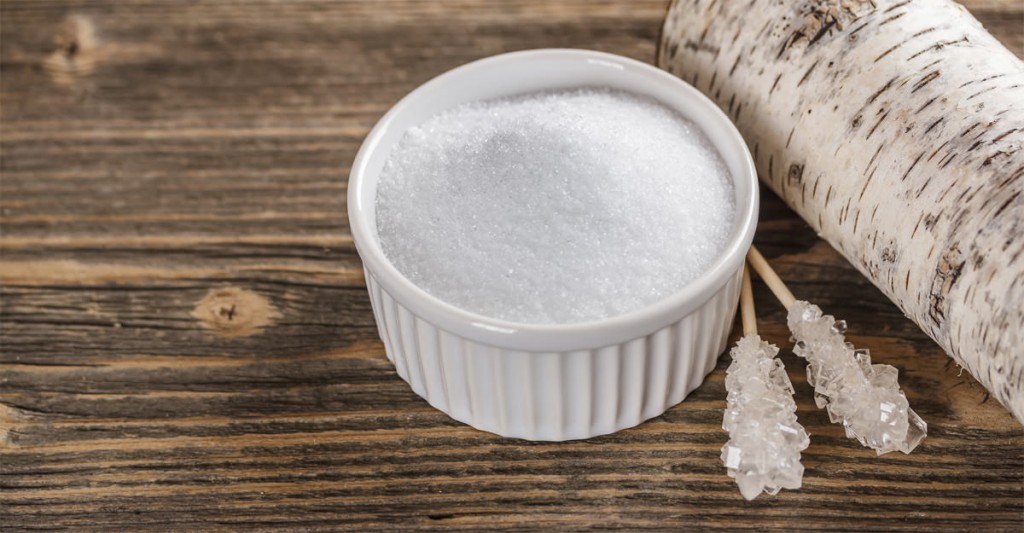 Authority Nutrition: Added sugar may be the single most unhealthy aspect of the modern diet.

For this reason, people have looked towards natural alternatives like Xylitol.

Xylitol looks and tastes like sugar, but has fewer calories and doesn’t raise blood sugar levels.

Several studies suggest that it can improve dental health and have various other important benefits.

This article takes a detailed look at Xylitol and how it can affect your health.

What is Xylitol and How is it Made?

Xylitol is a substance that is categorized as a sugar alcohol (or polyalcohol).

Sugar alcohols are like hybrids of a sugar molecule and alcohol molecule. Their structure gives them the ability to stimulate the sweet taste receptors on the tongue.

Xylitol is found in small amounts in many fruits and vegetables and is therefore considered natural. Humans even produce small amounts of it via normal metabolism.

Xylitol has a similar sweetness as regular sugar, but contains 40% fewer calories: 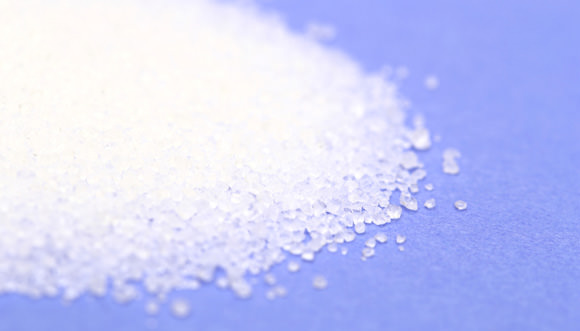 Obviously, xylitol is a refined sweetener, so it doesn’t contain any vitamins, minerals or protein. In that sense, it is “empty” calories.

Xylitol can be processed from trees like birch, but it can also be made with an industrial process that transforms a plant fiber called xylan into xylitol.

Even though sugar alcohols are technically carbohydrates, most of them do not raise blood sugar levels and therefore don’t count as “net” carbs, making them popular sweeteners in low-carb products.

Btw… don’t be intimidated by the sugar alcohol part… this really has nothing to do with the alcohol people get drunk from. Sugar alcohols are safe for alcoholics.

Bottom Line: Xylitol is a type of sweetener called a sugar alcohol and is found in some plants. It looks and tastes like sugar, but has 40% fewer calories.

One of the negative effects of added sugar (and high fructose corn syrup), is that it can spike blood sugar and insulin levels.

Due to the high amount of fructose, it can also lead to insulin resistance and all sorts of metabolic problems when consumed in excess (more details in this article).

Therefore, none of the harmful effects of sugar apply to xylitol.

The glycemic index (a measure of how quickly foods raise blood sugar) is only 7, compared to regular sugar, which has a glycemic index of 60-70 (3, 4).

It can also be considered a weight loss friendly sweetener, since it contains 40% fewer calories than sugar.

For people with diabetes, pre-diabetes, obesity or other metabolic problems, xylitol is an excellent alternative to sugar.

Although this has yet to be studied in humans, rat studies have shown that xylitol can improve symptoms of diabetes, reduce belly fat and even prevent weight gain on a fattening diet (5, 6, 7).

This is because numerous studies show that xylitol has powerful benefits for dental health and prevention of tooth decay (8).

One of the leading risk factors for tooth decay is a type of oral bacteria called Streptococcus mutans. This is the bacteria mostly responsible for plaque.

Although having some plaque on the teeth is normal, when it goes out of hand the immune system starts attacking the bacteria in it. This can lead to inflammatory gum diseases like gingivitis.

Well… these oral bacteria feed on glucose from food, but they can not use xylitol. Replacing sugar with xylitol therefore reduces the available fuel for the harmful bacteria (9).

But the effects of xylitol go beyond that… even though the bad bacteria can not use xylitol for fuel, they still ingest it.

When the bacteria are full of xylitol, they are unable to take up glucose, so essentially their energy producing pathway is “clogged” and they end up dying.

In other words, when you chew gum with xylitol (or use it as a sweetener), the sugar metabolism in the bacteria is blocked and they literally starve to death (10).

In one study, using xylitol-sweetened chewing gum reduced levels of the bad bacteria by 27-75%, while it had no effect on the friendly bacteria (11).

Xylitol also has other dental benefits (12):

Numerous studies show that xylitol, either by replacing sugar or adding it on top of the diet, can reduce cavities and tooth decay by as much as 30-85% (14, 15, 16).

Because inflammation is at the root of many chronic diseases, it makes sense that reducing plaque and gum inflammation could have benefits for the rest of your body as well.

The mouth, nose and ears are all interconnected.

For this reason, bacteria that live in the mouth can end up causing ear infections, a common problem in children.

It turns out that xylitol can starve some of these bacteria, in the same way as it starves the plaque producing bacteria (17).

In one study in children with recurring ear infections, daily usage of xylitol-sweetened chewing gum reduced the rate of infection by 40% (18).

Xylitol also helps fight the yeast Candida albicans, reducing its ability to stick to a surface and cause infection (19).

Collagen is the most abundant protein in the body and found in large amounts in skin and connective tissues.

There are some studies in rats showing that xylitol can increase the production of collagen, which may help to counteract the effects of ageing on the skin (20, 21).

Xylitol may also be protective against osteoporosis, leading to increased bone volume and bone mineral content in rats (22, 23).

In this regard, it functions kind of like soluble fiber.

Bottom Line: Xylitol may help to increase collagen production and reduce the risk of osteoporosis. It also appears to have prebiotic effects, feeding the friendly bacteria in the gut.

There’s One Big Problem… Xylitol is Highly Toxic to Dogs

In humans, xylitol is absorbed slowly and has no measurable effect on insulin production.

Unfortunately, the same can not be said about dogs.

When this happen, the dog’s cells start taking up glucose from the bloodstream. This can lead to hypoglycemia (low blood sugar levels) and be downright fatal (25).

Keep in mind that it only takes about 0.1 g/kg for a dog to be affected, so a 3 kg (6-7 lbs) Chihuahua will get sick from eating only 0.3 grams of xylitol. This is less than the amount contained in a single piece of chewing gum.

So if you own a dog, then keep xylitol out of reach (or out of your house altogether). If you believe your dog accidentally ate xylitol, take it to the vet immediately.

Bottom Line: Xylitol can be highly toxic to dogs, leading to hypoglycemia and/or liver failure.

Side Effects, Dosage and Where to Buy

Xylitol is generally well tolerated, but some people do get digestive side effects when they consume too much.

The sugar alcohols can pull water into the intestine or get fermented by gut bacteria.

This can lead to gas, bloating and diarrhea.

However, the body seems to adjust very well to xylitol.

If you ramp up your intake slowly and give your body time to adjust, then chances are that you won’t experience any negative effects.

If you’re not sure that you can tolerate sugar alcohols, then consider staying near a toilet the first time you eat a significant amount.

That being said, long-term consumption of xylitol does appear to be completely safe.

In one study, subjects consumed an average of 3.3 lbs (1.5 kg) of xylitol per month, with a maximum daily intake of over 400 grams without any negative effects (27).

If you want to buy Xylitol, then there is a great selection on Amazon with many interesting customer reviews.

People use sugar alcohols to sweeten all sorts of things… coffees, teas and various recipes. You can replace sugar with xylitol in a 1:1 ratio.

If you have Irritable Bowel Syndrome or an intolerance to FODMAPs, then be extra careful with sugar alcohols and consider avoiding them altogether.

If you want to sweeten something, xylitol is an excellent choice.

Whereas the debate on most sweeteners is about whether they will harm you or not, the studies show that xylitol has actual health benefits.

It doesn’t spike blood sugar or insulin, starves the plaque-producing bacteria in the mouth and feeds the friendly microbes in the intestine.

What more could you possibly ask for in a sweetener?