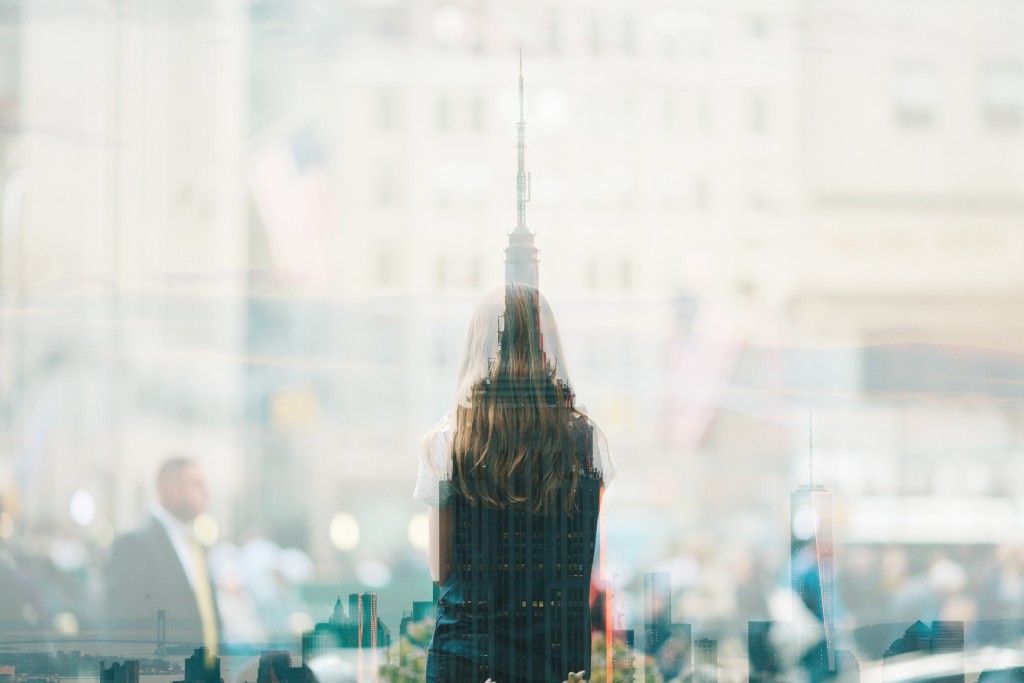 There’s one thing most working copywriters agree on.

We don’t like hearing “no” from clients or potential clients.

We’d just rather not hear it.

But, when we hear it, we don’t let that powerful two-letter word stop us. And, it shouldn’t stop you, either. When you’re confronted with the word in almost any aspect of your life, adopt Jerry Weintraub’s strategy.

Jerry Weintraub is one of the most successful producers, impresarios, and managers in the United States today. He’s the genius behind successes like The Karate Kid, Ocean’s 11, 12, and 13, and Years of Living Dangerously … among many Hollywood successes.

Weintraub’s entire professional life is a lesson on building success even when success seems stymied by circumstances. But, one story in particular really explains why he’s so successful – a story I think back on when I hear “no.”

While still in his 20s, Weintraub woke from a vivid dream where he saw his name on a marquee promoting Elvis.

Weintraub saw the dream not as a fleeting image. He saw it as his fate. He called Elvis’ manager Colonel Parker daily pushing to let him manage an Elvis tour … this at a time when Elvis wasn’t touring.

Parker didn’t have any idea who Weintraub was and shot him down every time.

But Weintraub’s persistence finally paid off. Parker agreed. But, there was a catch. Parker insisted Weintraub show up in Las Vegas the very next day … with $1 million in cash. Despite owing the bank $65,000, Weintraub agreed, convinced he had nothing to lose.

Calling in every favor he could, Weintraub finally convinced a friend of a friend to wire the money to a bank account in Las Vegas the next day. Weintraub caught the first flight out, picked up the money, and met up with the legendary Parker, who introduced him to Presley.

In an instant, Weintraub’s life was transformed. Presley agreed to the tour, and the fledgling producer became a millionaire virtually overnight.

Deafness to the word “no”

When asked how he pulled off this coup – and what’s made him so successful over the years – Weintraub said this:

There it is. Plain and simple. And stunningly relevant to your success.

This doesn’t mean, if one of your potential clients says “no” to you, you nag until he says “yes.”

Weintraub’s attitude means this: When a potential client says “no,” you don’t give up. Find out more about them. Learn more about their business, so you can approach them once again with a new, richer, stronger proposal.

Turning “no” to”yes” with potential clients

Every copywriter runs into his fair share of potential clients who tell him “no.” In my case, even though I was an established copywriter in the alternative health niche, I heard “no” often when I decided to switch niches.

It’s all too easy when you hear this to think you are being rejected. That there’s something wrong with your writing. That you are just not good enough.

That’s the plight of every writer.

But you must remember potential clients have tons of reasons for telling you “no.” Many have nothing to do with the quality of your writing.

Maybe the potential client had too many writers working at that moment. Maybe it was a tremendously slow point in their business cycle. Or a tremendously busy one – where they couldn’t take the time to try out a new writer.

So, don’t assume when a potential client tells you “no,” they’re shutting the gate. Here’s how to turn the initial response around:

First, if you haven’t heard back after your initial contact, get in touch again. Write a follow-up letter in a couple of weeks. Remind them you sent them a query letter (using your own terms for it) on such-and-such a date. Also remind them briefly who you are and what the previous letter said.

Tell them something like, “I know you’re very busy, but I thought I’d follow up on my first letter and see if you’ve had the opportunity to review my proposal.”

And then, give them a little something that tells them you care about their business. Tell them about an article you recently read you thought might interest them. Or tell them about a story on NPR (or wherever) you felt might be of interest – and give them the link to the story.

By taking this approach, you’re telling the potential client you’re quietly and politely persistent. Persistence, when done right, is a winning attribute of successful copywriters.

Repeat this in about four weeks. If, after that, you still don’t hear from them, put them on the back burner. Wait three to four months and start the cycle again.

There’s another “no” that can seem insurmountable. Let’s say you hear back from a potential client who says something like, “Sorry, we’re not in the market for new copywriters.” Sounds pretty definite.

What do you do?

Write them a thank you letter! Tell them you appreciate the time they took to review your proposal.

Then add you’ll be contacting them again in the future when they might be in the market for a new copywriter. Follow up in six to eight weeks. When you do, use the same tactic of giving them something to show you’re thinking of the welfare of their business.

Persist with them … politely and subtly.

One note of caution: The operative word in all this is “politely.” Make sure all your contacts with potential clients are polite. Don’t whine. Don’t beg. And don’t demand anything (like a response). You want to project a professional image of someone who’s easy to work with.

Does persistence work? Absolutely. Without going into details, it’s worked over and over for me. It certainly worked for cowboy novelist Louis L’Amour – who was rejected over 200 times before he got his first story published.

It worked for Richard Hooker, who was rejected by 21 publishers before William Morrow bought the book MASH.

Why did these people succeed? Because, in spite of self-doubts, in spite of failure, they knew that failure is only one small step along the way to success.

So, when you hear “no,” turn that “no” around and make it your push to success.
This article appears courtesy of American Writers & Artists Inc.’s (AWAI) The Writer’s Life, a free newsletter that gives you opportunities that enable you to live life on your own terms. Whether you’re looking for a new career, looking to make some extra money on the side, or looking for an easy work-at-home career, there is an opportunity at AWAI that’s right for you. For a complimentary subscription, visit http://www.awaionline.com/signup/the-writers-life/.

Posted in Careers, Internet Business, Wealth
This error message is only visible to WordPress admins