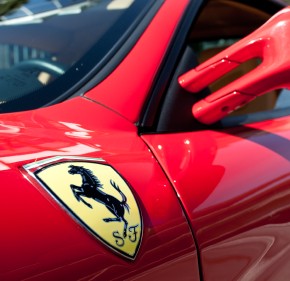 In high school, I spent most of my time getting around on my bicycle. I rode it to school and then to my daily 2-hour shift at the local garden center. After that it was a short bike ride home for dinner before heading back into town to lift weights at the local YMCA.

During my senior year, I finally had access to my family’s little red Ford Tempo. That model was ubiquitous on the streets of my town in the early 90’s and probably in yours as well. It was a good car that brought me great memories of driving to parties and taking girls to our small city cinema, but I never truly considered it my first car.

While in college, I returned to riding my bike and hoofing it around the streets of Hamilton. McMaster University, the school I attended for six years, existed in its own little microcosm, with little need to venture outside of a three-mile radius. It wasn’t until I was 25 years old, the summer after finishing my Master’s Degree in Exercise Physiology, that it finally came time for me to buy my first set of wheels.

The car I chose seemed odd for a young man, but it began an 11-year love affair with “Maxima”. After a few online searches, I found this beautiful young thing, a 1997 white Nissan, 5-speed manual sport edition, with black leather interior. It was what a teenage gas jockey once called, “an old man’s sports car” as he filled up my tank one night.

But I didn’t buy it to impress him. I bought it for how it made me feel. My girlfriend at the time was already habituated to my eccentricities, so she was just happy that I was happy. She even thought it was cool. My best friend loved it too, because it came with a powerful Bose audio system and a new car smell that he claimed lasted the entire 11 years which the Maxima was mine.

With the combined image boost and approval of my girl and my friends, the car gave me everything I needed and more. Even when my sister brought home her first BMW, I’d drive by her with a sense of superiority. “You’re no Maxima,” I’d think to myself, as I settled into the deep luxurious leather driver’s seat, switched gears, and zoomed past my tiny four-door Three Series nemesis.

Maxima made me feel like the King of the World. Perhaps that’s why I’ve yet to permanently replace it, after losing her back in February of 2011. She’s gone, but not forgotten.

You may disagree with my exact wording, but many a man (and woman) buys a car for their self worth. For ego. And to be part of a movement. This goes as much for the person that buys a Prius as for the one that buys a Charger (maybe even more so for the Prius).

Were it not the case, the evolution of the car would have gotten no further than more efficient versions of the Model T. There would be no other models, no other brands, and no other colors than black. You must remember that when picking your market and communicating your message.

After all, what is your true motivation for why you buy things? What is your deep inner reason for doing what you do? Now you don’t have to tell me, but if you’re true to yourself when you answer, then you’ll understand that we don’t buy just to have things. Instead, we buy for much more emotional reasons. Once you understand that, you’ll be able to better communicate with your market.

The reality is that men – and women – invest their self-worth and personal identity in the things they own – houses, cars, home-entertainment systems, clothing adorned with the logos of their favorite sports teams, and yes, even the pets they choose to own.

We put our personal identity into our net worth and even our weight. Now, of course, it’s not politically correct to go around publicizing either of these, but the truth is we take great pride in being a little better in both measurements than our neighbors. For a woman to know that she is a pound lighter than her social rival is often reason enough for an ego boost. Just like how a man, knowing that he has an extra $10,000 more in his investment accounts than his neighbor, can satisfy his feelings of superiority.

Politically incorrect, all of it, I know. But more importantly, all of this matters to you. There’s no reason to think that the average person wouldn’t assign such an importance to the thing that you are trying to sell them. It’s one in the same.

So how do you use this information in determining what to sell to the right marketplace?

The answer is simple. Instead of working on WHAT you want to sell, you start building your business based on WHO you are going to sell to. You must identify a niche market that you know will be able to support your business. You then research the niche market to identify a big problem that needs to be solved, and you create a product that adds value.

How can your product deliver on the emotional experience that will give your marketplace the greatest boost in their ego and self-worth?

Come up with a good answer to that question and you’ll set yourself apart from the rest of the pack in your marketplace where you can dominate with your unique hook.

[Ed. Note. Craig Ballantyne is the Editor of EarlytoRise.com and Financial Independence Monthly. He also coaches executives of companies with sales over $1 million. Today, Matt Smith and Craig are now offering more information on their new virtual mastermind program. Click here to find out more.]
Posted in Entrepreneur, Motivation, Self-Improvement, Wealth
This error message is only visible to WordPress admins