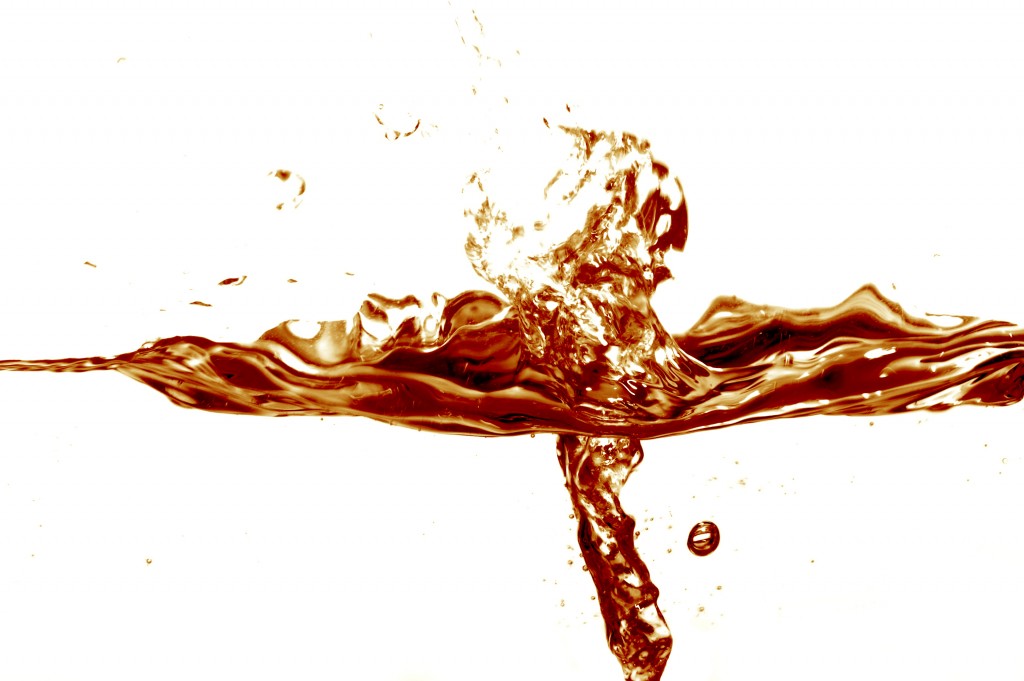 He’s the greatest investor the world has ever seen… He has made my readers a lot of money. And now, I’m telling readers to sell his stock.Warren Buffett is viewed as the “gold standard” for ideas about accounting rules, corporate capital allocation, shareholder-value creation, corporate governance, and dozens of other important investment topics. He has been the bastion of good corporate behavior for decades.It’s hard to find anybody who doesn’t think Buffett’s the smartest, straightest shooter in American finance – an honest man in a corporate world filled with too many not-so-honest men. He’s a virtuoso capitalist and an unbeatable teacher…

There’s no denying Buffett is a brilliant investor. He has grown the value of his holding company, Berkshire Hathaway, roughly 7,000-fold and turned scores of investors into millionaires and even billionaires.

He deserves respect. I admit I’ve sometimes wondered, “What would Warren do?” when faced with an investment-related problem.

But he shouldn’t be worshipped as he is.

In today’s essay, I’m going to show you that though he’s a great investor, Buffett is just a regular human being like the rest of us – even in situations where you’d expect his investment virtuosity to shine brightly. He’s ordinary in some ways that ought to be very important to Berkshire Hathaway shareholders…

I’ve touted Buffett’s prowess in my newsletters for nine years. I’ve said you should buy Berkshire and forget you own it. So it’s worth a lot of ink to tell you the story of how Buffett failed shareholders (his own and others).

Berkshire bought Coca-Cola shares in 1988 – turning $1.3 billion into $16.5 billion today. As of December 31, Buffett has made roughly 13 times his money on the stock.

Berkshire is Coke’s biggest shareholder. When Buffett says anything about Coke, millions of other shareholders are on the edge of their seats. He wields a mammoth influence. If only he’d learn how to use it…

Coke’s latest proxy statement included its 2014 equity-compensation program. The program provides options and other equity grants to certain Coke employees as “pay-for-performance” compensation. The equity awards aren’t a given. They’re bonuses that must be earned over and above one’s base pay by hitting certain targets and goals.

The program applies to less than 5% of Coca-Cola employees.

But the bottom line is this: Every new share issued in the plan takes money out of existing shareholders’ pockets. That happens to a certain extent every year. This year’s plan is a problem because the new proposed share issuance is too big… and the company’s biggest shareholder didn’t go far enough to prevent it.

As Coke describes the plan in its proxy (page 86), the range of potential shareholder dilution over the next few years is anywhere from 10% to 16.6% of the current share count.

That’s like going to your local pizza parlor, ordering a pie that’s cut into six slices, and the staff requiring you to return one slice to management. You wouldn’t want to give up a slice of pizza you paid for. The place would shut down fast.

The dilution will allegedly be less than the 10%-16.6% range Coke published because the company will buy back a bunch of the new shares. But every new Coke share issued – whether repurchased by Coke or not – takes value out of shareholders’ pockets…

Every new share that’s not repurchased reduces the amount of earnings per share, because you’re spreading the same earnings over a larger share count. Your piece of the pie is smaller. That reduces shareholder value.

Every new share that is repurchased burns cash because you spend cash to repurchase a share that doesn’t reduce the share count. That reduces shareholder value, too.

In other words, issuing too many shares ruins the company’s ability to create shareholder value through share repurchases. It’s like trying to fill a pool with water while someone is digging a bigger and bigger hole in the bottom.

Coke lawyer Gloria Bowden says the actual dilution from plans in the last three years has been less than 1% per year and will likely be less than 1% per year going forward. If that’s the case… why approve a total pool of 500 million shares, representing more than 11% of the current share count? Why not just dole out cash awards (like Berkshire does)?

If annual dilution as low as 2% a year is even a remote possibility, it’s a bad plan. This isn’t rocket science. It’s a no-brainer any decent investor should realize.

So what does all this have to do with Warren Buffett and Berkshire Hathaway?

It made sense when Buffett didn’t approve of Coke’s equity-compensation plan. He says he met with the Coke CEO a few times and expressed his disapproval of it.

But even though he publicly disapproved of it, Buffett failed to vote against the plan. Instead, he abstained from voting. Buffett told CNBC…

I love Coke. I love the management. I love the directors. So I didn’t want to vote no. Kind of un-American to vote no at a Coke meeting.

That last line was obviously a joke, but it was the wrong thing to say. And the rest of it is disappointing, too. I don’t care who you love. Wrong is wrong. Vote against the plan, or stop talking about how corporate compensation needs to be reformed.

In the interview – and again at the Berkshire Hathaway shareholder meeting I attended in May – he said a primary reason he didn’t vote no on the Coke equity plan was to avoid conflict. “We made a very clear statement about the excessiveness of the plan and, at the same time, we in no way went to war with Coca-Cola.” (Emphasis added.)

I sat right in the audience, perhaps 150 feet from Buffett, when he said this. And my jaw dropped. The most articulate and well-informed proponent of corporate compensation reform of the last two decades – and the guy everybody looks up to as the bastion of integrity in American finance – says he didn’t vote no because he wanted to stay on Coke’s Christmas card list.

As if on a massive Freudian guilt-trip, Buffett admitted in the CNBC interview and again at the shareholders meeting that he’d been on corporate boards over the last several decades and voted in favor of measures he thought were wrong, stupid, and destructive of shareholder value. That goes against everything he has ever stood for. My jaw dropped again.

Eighty-three percent of Coke’s shareholders approved the equity plan. Either they didn’t understand how bad such a move could be for them or they don’t care. That’s typical and expected. But totally atypical and unexpected is seeing Buffett abstain from voting instead of voting no.

As if all this weren’t enough, Buffett’s son Howard is on Coke’s board – and voted FOR the plan. Buffett was asked about it at the shareholder meeting and squirmed through another non-answer. If you want Coke’s board and its biggest shareholder to protect you, you’re out of luck. They don’t want the job.

A brilliant money-manager friend of mine, Rahul Saraogi, jotted down a note as Buffett ventured his winding, wending non-answer to the Coca-Cola debacle. Saraogi wrote…

The problem with taking the moral high ground is that short of becoming the Buddha, you will eventually violate it yourself and do enormous damage to your image and your reputation.

David Winters of Wintergreen Advisors is the most articulate and vocal critic of the compensation plan and Buffett’s response to it. Buffett said Winters’ math was “wildly inaccurate,” even though Winters – like me – merely quoted the numbers Coca-Cola published in its 2014 proxy.

Despite the 10%-16.6% dilution figures Coke reported, Buffett said he expects 1% or 2% annual dilution… and admitted that it was still too much. So it almost doesn’t matter what the numbers are. Buffett knows they’re too high. And yet he didn’t vote directly against it. He abstained.

Buffett also claimed he didn’t want to vote “no” partly to avoid aligning himself with Winters’ bad math. That’s rubbish. He could have easily voted against the plan then called upon one of his reporter friends like Becky Quick or Carol Loomis to spread the word that he disagreed with Winters. It’d be an easy fix, and it’s not nearly as important as whether he abstained or voted no. Buffett is suspiciously full of bad excuses on this matter.

Vitaliy and I ran into Winters in the hallway outside the Berkshire shareholder meeting. Vitaliy asked us, “I wonder what Buffett No. 1 would say to Buffett No. 2?”

If you’re still not convinced this is the debacle of the decade, read what Vitaliy wrote in a recent article for Institutional Investor magazine…

By failing to vote against something that was clearly wrong, Buffett… became another middling American politician… that votes not for what he believes in but for what is going to keep him in the good graces of his party or get him reelected.

But Buffett’s imperfections don’t make Berkshire an automatic sell. If we made sell decisions based purely on a CEO’s flaws, we’d close up shop and never pick another stock again.

In tomorrow’s essay, I’ll share three more practical reasons why I’m telling my readers to sell their shares of Berkshire Hathaway today. If you don’t take my advice, you probably won’t lose money… but you won’t make much, either.

[Editor’s note: Every month, Dan scours the market for companies with little debt and lots of cash. And when he finds them trading far below their true value, he highlights them for subscribers. To learn more about subscribing to Extreme Value, click here.]