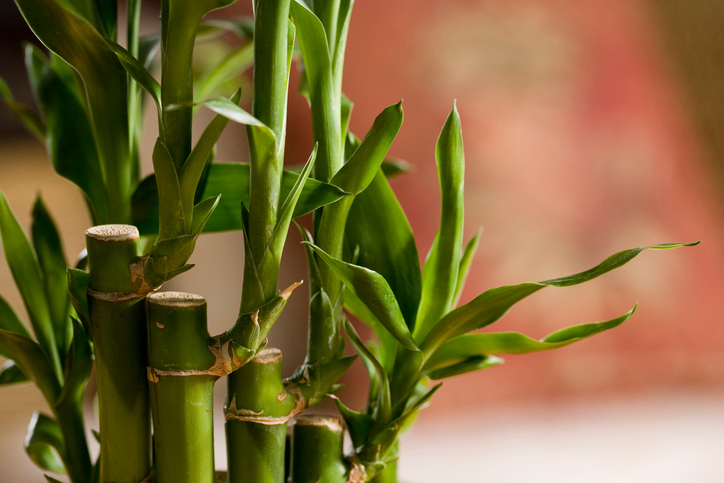 If you’ve been to a “motivational” seminar or heard someone talk about success in, say, the last 10 years, you’ve probably heard the “Bamboo Story.”

“The Bamboo is amazing. You water it and wait. You wait an entire year and nothing appears. No bud, no twig, nothing.

“So you keep watering and protecting the area and taking care of the future plant. You wait another year. Still, nothing happens.

“Another year passes, and still no sign of growth. It has been three years. Should you give up? Someone told you that it might take a while to really see the fruits of your efforts, so you keep on keeping on.

“Another year passes. No plant.

“You begin year number five with the same passion as day number one. You keep watering and keep waiting. Finally, after five years, the Bamboo starts growing-and in six weeks, it grows to over 80 feet tall! Yes, 80 feet in six weeks! Well, not really. It is 80 feet in five years.

“The point is simple. If you had given up for even the shortest period of time, there would be no Bamboo. It took almost impossible persistence. The plant is there for one reason and one reason only-because you never gave up on it.”

This story is supposed to illustrate the power of persistence and never giving up.
But think about it…

You watered it for the first year and didn’t see any results. The second, third, fourth, and even fifth year, you did the SAME THING and got the SAME RESULT.

That means you spent more than 1,825 days doing the SAME THING, getting the SAME RESULT, and expecting something DIFFERENT.

And that’s what most people are doing in their lives.

They keep doing the SAME THING, getting the SAME RESULT, and expecting something DIFFERENT.

How’s THAT workin’ for ya?

Look, I get it: The Bamboo suddenly shoots up from the ground after your long, arduous years of sacrifice and patience, thereby showing the benefit of faith and persistence.

The millionaires I’ve coached and worked with have NEVER used this formula!

Do you honestly think Donald Trump or Ted Turner would sit there and water their non-existent plant for five years before seeing any results? Not on your life.

SUGGESTED: How to Be Financially Independent

So here’s the reality-and I know some people are going to hate me for saying this, but here goes:

The only purpose of the Bamboo Story is to make you feel better when you’re getting lousy results in your life.

Sure, it feels good for someone to come along and say, “Hey, I know things look bad right now… But don’t worry. Just keep doing what you’re doing, and I’m SURE it’ll turn around eventually!”

But that is a recipe for disaster.

I am Exhibit A. Several years ago, my business was struggling. I was providing great information, and my clients were getting awesome results, but my company wasn’t showing any profits. In fact, every month we were going deeper in debt.

Not coincidentally, the woman who was my business partner at the time subscribed to the Bamboo Theory. She told me, day after day: “Don’t worry. Things will turn around. It just takes time!”

But I never believed her. I told her over and over again:

Time is UTTERLY IRRELEVANT when it comes to success.

The only thing that’s relevant is following a BETTER STRATEGY.

Naturally, she didn’t listen to me. That’s why we’re not business partners anymore!

Now think about this…

Is doing that longer going to get you better results?

But you’d be amazed by how many people succumb to the Bamboo Theory. (We’ve probably all done it at some time in our lives.)

So here’s what I want you to keep in mind:

Nature can make a Bamboo plant grow because Nature has a hidden SYSTEM that works.

Nature also has hidden Systems for healing your body, digesting your food, making babies, and millions of other things we experience every day.

But we don’t necessarily know how those hidden Systems work. And even if the Bamboo Story were true, it wouldn’t make any difference-because the person watering the Bamboo doesn’t know what caused it grow so fast in the first place!

When we succumb to worn-out cliches like the Bamboo Story, all we’re doing is perpetuating the belief that “things will somehow work out”… without taking responsibility for our own ACTIONS and RESULTS.

I’m all for persistence. I’m all for believing that things will work out for the best. I’m all for having faith.What I’m NOT for is telling people that continuing to do the wrong things will somehow make things work out.

You have more power than you think.

Don’t succumb to the belief that spending more TIME doing the wrong things will somehow create the RESULTS you want.

And if you’re not getting the results you want, try something new.

It’s only by following a better STRATEGY-not “hoping” for something better-that you’ll see better results, and a real change for the better, in your life.