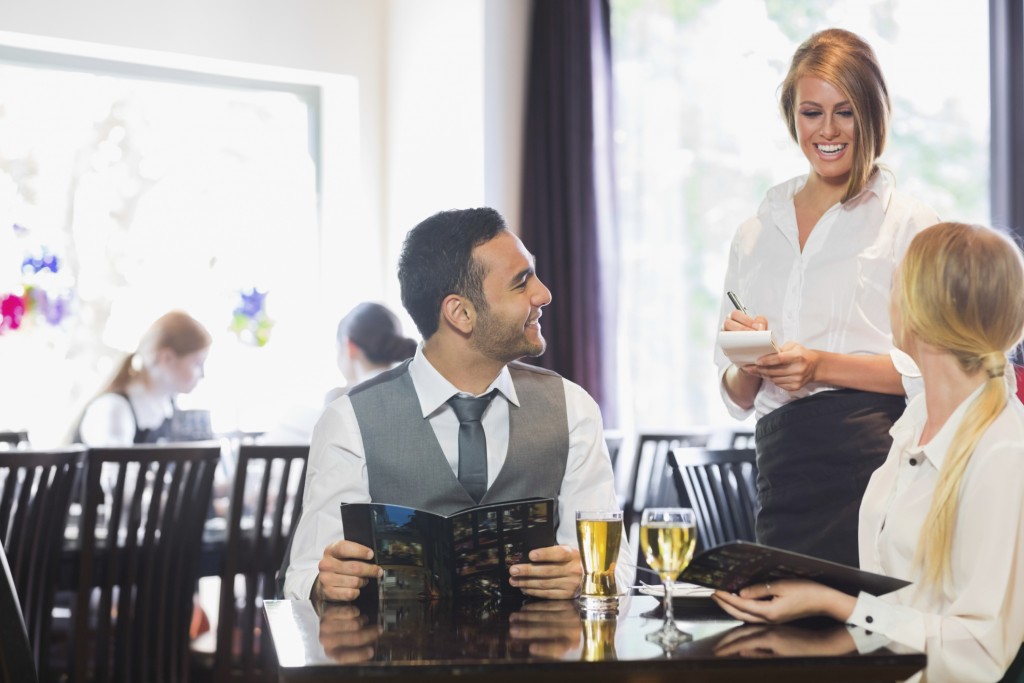 In his classic, The Science of Getting Rich, written way back in 1910, Wallace D. Wattles explained a key principle for advancement in business, regardless of where one starts or how little money or connections they begin with. One advances… by advancing (providing value to) others:

A recent article on Time.com describes the journey of Kat Cole who began as a hostess for Hooters at age 17 and became CEO of the billion dollar-plus Cinnabon, Inc. at the age of 32. How she did it was textbook right out of the pages of Wattles’ book. (Though it wasn’t actually her goal – at 18 she was waiting tables there in order to help pay for college where she was studying to be an engineer.)

Earlier in his book Wattles discussed a concept he called being “too big for your present place”:

This is a key concept and had much to do with Kat’s rapid rise to success. If you read the above-mentioned Time.com article you saw that everything she did was not just beyond but way above and beyond her job description. Thus, she became too big for her present place. She had to advance. And, she continued to advance. She was… the advancing woman!

Kat certainly embodied “The Law of Value” from John David Mann’s and my, The Go-Giver, which states, “Your true worth is determined by how much more you give in value than you take in payment.”

But, let’s look at another aspect of Kat’s advancement. “The Law of Influence” from that same book says, “Your influence is determined by how abundantly you place other people’s interests first.” This does not mean you are self-sacrificial; it does mean that focusing on bringing value to others is congruent with your values.

One of Kat’s personal values is loyalty. Although she was offered a great job by another private equity firm that she wanted and was about to accept, when she found out the current company was about to be sold (which would be a bad time to leave them), she stayed to help them through the sale. Doing so entailed detailing with 14 other firms.

The result was that she became known as a person of huge value by the other firms as well and suddenly her influence grew exponentially. Now she was in greater demand than ever!

As Wattles succinctly stated in his chapter entitled, The Advancing Man:

“No matter what your profession, if you can give increase of life to others and make them sensible of this gift, they will be attracted to you, and you will get rich.”

Great things don’t happen in a vacuum. People create these opportunities for advancement. And, they do so, as Wattles stated, despite their circumstances. (You can read more about Kat’s personal situation in the Time.com article.)

As I pulled up to the drive-through window of the local fast-food restaurant I sometimes frequent, I was greeted by a smile from a young man, probably not much older than the previously discussed hostess. He read back my special order to me, making sure he had it correct. I thanked him for caring enough to make sure he got it right.

“That’s our job, sir. We want to make sure it’s perfect and that you enjoy your meal.” He said it as though he meant it, and I have no doubt he did.

He provided me with great value via his attitude. He gave me the impression of increase…I suspect he’ll be advancing soon.

Think about this the next time you consider "Quitt

Have you ever felt like...⁠ ⁠ No one understan

NOW is the time to take ACTION. It's never too lat