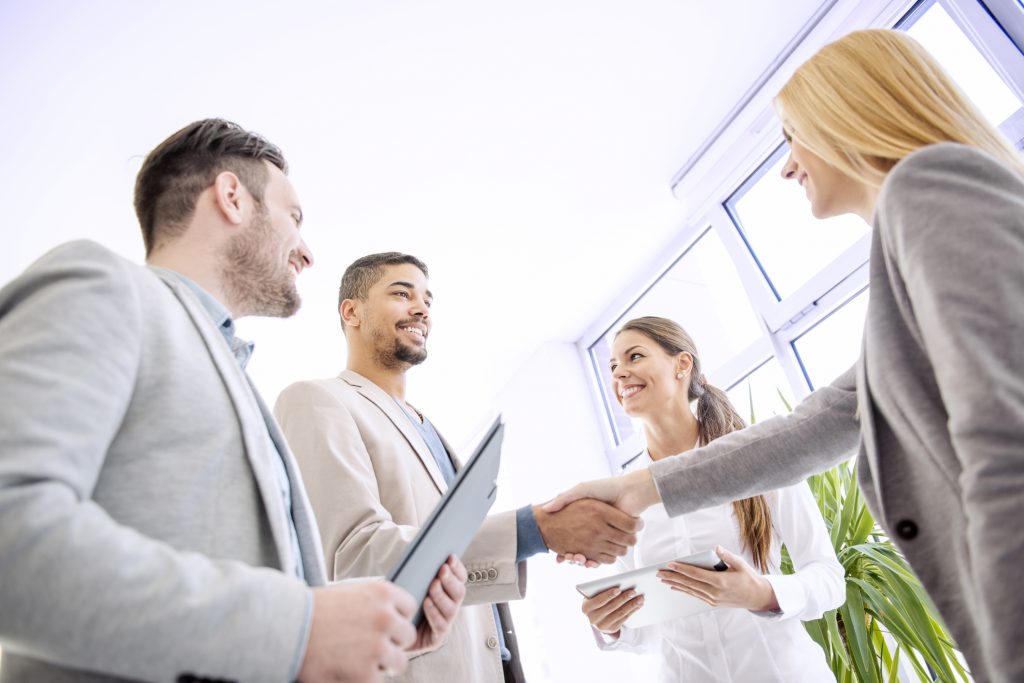 I conquered my crippling anxiety attacks.

I hired my first business coach (3 years too late, but still…).

I had my first product launch and netted over $20,000 in three days.

Because of my online success, I was able to quit my job as a personal trainer, work from home full time, and live the life of my dreams.

I’ve been out of the rat race so long I can hardly believe I once had to deal with a boss, a commute, set hours, or paydays that only came along twice a month.

This life is amazing.

And there were 2 POWER FACTORS — that most people overlook — that allowed me to get here.

The first was a Position of Strength (POS).

The second was Network Infiltration.

Let me explain those one at a time…

A POS is a reputation that precedes you. It sets you above the crowd. It opens up doors for you. It elevates you.

One example of this is being a speaker at a seminar.

You aren’t just “another attendee.”

Okay, maybe it’s not that extreme, but still…

…People hold you in higher regard when you have a position of strength.

It can come from having a podcast, writing a book, being a YouTube star, etc.

As an introvert, it really helps me when I enter an environment with a Position of Strength. It’s my crutch in social situations.

For example, last month at Joe Polish’s Genius Network even, I was in a room of 300 high-achieving entrepreneurs.

I felt a little intimidated and anxious.

Fortunately, because I’ve been able to help Joe Polish a lot in the past year, he mentioned me (and Bedros) several times during his talks on the first morning, and he put Bedros and I on the same level as Tony Robbins (because Joe had sought all of our advice on a major project).

That Position of Strength made it easier for me to introduce myself to others… and it had many other high-powered attendees seeking me out.

This might sound ‘lame’ to people that are more extroverted and confident, but it’s a system I use to get the momentum going for me. It’s much better than using alcohol as a social lubricant… now I use a Position of Strength and no longer have hangovers!

The second power factor, Network Infiltration, is equally important, and helps you naturally build a Position of Strength.

You can build your network by attending events, by “paying to play” (hiring coaches), by leveraging your current network to give you introductions.

The more people you know, the easier life gets.

As the old saying goes, “It’s WHO you know, not what you know.”

This is still in style. It matters as much now as it did two thousand years ago.

Here’s how I infiltrated my network to build my net worth.

First, I built my credibility by getting hooked up as a writer for Men’s Health. I used that Position of Strength to interview the biggest names in the fitness business. In turn, I used that Network Infiltration to get introductions to more magazines.

Next, I hired my first business coach and he introduced me to dozens of top affiliates who would go on to promote my products.

The only mistake I made was waiting too long to hire a coach and start the process of advanced Network Infiltration.

I was too cheap, and too stubborn, and too much of a know-it-all. My ego got in the way of my success.

Coaching was something I could have afforded in 2003.

If I had hired a coach three years earlier, I’d be helping ten times the number of people today. I’d have written five books instead of just three. I’d have helped created over one hundred millionaires instead of the twenty-five I’ve helped create today. And that’s what this business is all about, improving the lives of others.

Hiring a coach is the FASTEST way to take advantage of both Power Factors.

Unfortunately, most people are like the old me. They wait to get help, they make excuses, they sit around hoping, wishing, and dreaming, but never acting.

Earlier this year Bedros wrote article about this phenomenon, and he shared the top reasons why most people struggle.

1. They’re waiting for their lucky break.

2. Too much hype. Not enough hustle.

4. They lack clarity of purpose.

5. They say they want opportunity, but they never take advantage of them.

“An amateur swings the bat, strikes out, and never plays baseball again,” Bedros said, “But the professional knows that striking out is part of becoming the best. It’s how the universe weeds out the weak from the wealthy.”

“People who are hungry for success find a way,” Bedros said, “Put your money where your mouth is and invest in coaching, books, workshops, and seminars.”

Build your Position of Strength and Infiltrate Your Networks.

Leverage the two Power Factors to make your money online.

PS – The fastest, easiest and most direct way to success is to model it.

Don’t try to recreate the wheel. Instead, surround yourself with people who are already achieving what you want. Get coaching, buy into mastermind groups, and model success.

And if you want to build your POS and infiltrate your money-making network, you need to be at our next Mastermind Meeting in New Orleans in January.

Posted in Entrepreneur, Self-Improvement, Wealth
This error message is only visible to WordPress admins