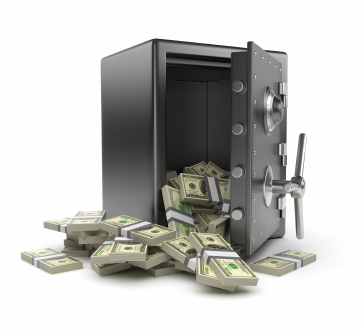 My life changed when I decided, one day, that “make a lot of money” would be my number one goal. Focusing on that goal and making it a priority changed my income, from about $50,000 a year to seven-plus figures. It changed my business status from that of a nameless employee to that of an employer of hundreds. It changed my lifestyle from one of making minimum payments on credit card statements to the kind happy movies provide for their heroes.

But it also had two negative consequences:

It was 1982 when I set that goal. I had just been hired as editorial director for a fledgling publishing company in South Florida.

Although I knew that there are more important things in life than money, I figured that if I made the money first, I could then have everything else too. (I knew nothing about making money. I had come from a family of teachers.)

It worked. Big time. But, as I said, there were unexpected side effects.

Thinking back, I realize that I could have made all the money I wanted without suffering those side effects. So if you are at the beginning of your wealth-accumulating journey, I have some observations and suggestions for you that may be helpful.

Let’s start with this. Perhaps the best thing about having “make a lot of money” as my number one goal was that it made subsequent business decisions much easier.

Prior to establishing money as my priority, I was never sure if I was making the right call. Faced with multiple options, I could see some merit in just about all of them. I’d force myself to pick one… and then worry that it might have been the wrong one.

But now that I knew what I wanted, there was no longer such uncertainty and self-doubt. I’d listen to a question or problem and ask myself, “What solution would give me the best return in terms of money?”

Suddenly, complicated problems were simple to resolve and difficult questions were easily answered. I went from being an editor who was ambivalent about marketing and argumentative about quality to a businessman who had an “amazingly good” instinct about what would sell and what wouldn’t.

Within 18 months of my making this transformation, our business went from a negative worth of more than a million dollars to a million dollars in the black. And then it got better! Two years later, my partner/boss gave me a plaque that read “Michael Masterson: Marketing Genius.”

That’s what’s good about making wealth building your priority.
The mistake I made was in how I dealt with this priority. Lacking the experience I have now, I made two big mistakes:

What that amounted to was this: I sometimes promoted products that weren’t as good as they could have been. Since I knew I could sell the heck out of them, and since I believed that selling the heck out of them was the only thing that mattered, I’d allow inferior products to reach the marketplace.

I didn’t do this all the time. It was probably the exception rather than the rule. But whenever I did it, I regretted it. And that’s the point of today’s message.

If you want to make wealth building your number one goal, go for it. But make sure you go after that wealth with a long-range view of making profits and a serious commitment to creating good products.

If you do it that way, it will be a little tougher at first. You will have to spend more money improving the product and you’ll have to wait a little longer for it to be produced. But in the long run you’ll make more money and will be happier, because your customers will stay with you and reward you with continued buying.

I was talking to “Eliza” this weekend about her career. She was considering a job offer that would double her income and put her on a rapid road to wealth. “I am tempted to take the offer,” she told me, “but I don’t want to make money the center of my life. I want to do good for people.”

Had she said this to me many years ago, I would have told her to get real. Now, I realized that her instinct was right. She should never make the pursuit of money her primary objective. She should be in a business that she wants to be in. She should sell products she’s proud of selling. She should find some way to make her business interests coincide with her personal ethics and dreams.

“Yes,” I said to Eliza,” make the good you can do for people your primary goal. But pay attention to the money as well, because it will be the best and simplest way to measure the financial health of your business.”

You should be in business to provide people with something of value. If you conduct your business correctly and offer them a good deal – and if the product you sell is something they really want – you’ll make plenty of money.

Russ Whitney put it this way in his book Millionaire Real Estate Mentor: “Money is a result, not a cause. If you get into business solely for the money, chances are you will never be great at what you’re doing. That’s why so many people fail at network-marketing businesses – they’re attracted by the promise of big profits, but then they realize they have to sell soap or vitamins or lotions or whatever, and don’t want to do that. Get into a business that you like, learn it thoroughly, and do it right. The money will come automatically.”

I’ve heard the same thing said by professional athletes. The guys who do it right – who have long, successful careers – play because they love to play. People like Michael Jordan and Tiger Woods don’t work as hard as they do for the money. They do it because they want to be the best. And in being the best, they earn amazing amounts of money. The money is the result, not the cause.

Money isn’t the root of all evil, but the love of money is.

Don’t love money. Love the idea of your business. Love the good that it does. Love the fact that in some way your products meet the needs or wants of your customers. See money for what it is – a neutral indicator of how good you are at doing what you do. If the value you provide is worth the money you get for it, people will buy what you’re selling.

The better the value you give, the more money you will get.

[Ed. Note: Mark Morgan Ford was the creator of Early To Rise. In 2011, Mark retired from ETR and now writes the Palm Beach Letter. His advice, in our opinion, continues to get better and better with every essay, particularly in the controversial ones we have shared today. We encourage you to read everything you can that has been written by Mark.]
Get updates on living the good life delivered to your inbox.
Posted in Entrepreneur, Motivation, Self-Improvement, Wealth
This error message is only visible to WordPress admins