Chances are you’re reading this on Saturday or Sunday…hopefully you didn’t have too much to drink last night.

Let’s talk about a real politically incorrect topic in the fitness world – booze.

And what are the consequences of drinking?

My infamous shirts-off abs photo, the one of me and Bally the Dog in what looks like a random field, was taken back in the day when I still consumed more alcohol than was healthy.

But just because you drink a little beer – or have a glass of wine every night – doesn’t mean you can blame your belly fat on booze.

After all, a glass of wine, a bottle of beer, and a shot of alcohol all roughly contain the same amount of calories, between 100-150. A glass of wine adds fewer calories to your diet than most minor eating mistakes, such as:

Of course, if you’re drinking a Jack and Coke, you can expect to almost double your calorie intake…so 6 of those in a night and you’re looking at 1800 calories – that’s REAL damage…but only moderate damage if you stick to 6 light beers, which would hit you up at 600-900 calories.

The reality is that alcohol does NOT add that many calories to most people’s diets.

The truth is you need to stop blaming alcohol for your belly fat and look at what you are eating. That’s where your calories are probably piling up.

NOTE: Unless you’re consuming one of the 500 calorie Starbucks concoctions…then you DO have a liquid calorie problem…but one glass of booze per day is not making you fat.

As for all the so-called fat loss ‘gurus’ who try to impress us with their knowledge and claim that alcohol slows your metabolism, that just doesn’t hold up in the real world.

What matters is total calories coming from the liquids, and if you keep that low and it fits into your daily diet, then yes, you can drink booze on a fat loss program and still lose fat.

But there are other factors in the booze discussion we must address.

First, I’d never recommend someone start drinking just to get the so-called health benefits of alcohol.

I’ve seen first hand what booze can really do, and it hurts more people than it helps – directly and indirectly.

My father drank about 12 beers a day for 30 years, and while he never weight over 165 pounds at 5’9″ until his final year, it was the booze that killed him.

Handle your drinking with care. It can be a dangerous vice. Even binge drinking, which is what I used to do back in the early 2000’s, can be quite harmful.

If you go all week without drinking and then drink six, nine, twelve, or more drinks in a night, this will hurt you in the long haul.

Besides, once you get over 30 years old, the “mornings after” are hardly worth the “nights before”, at least in my opinion.

Today, I’ve come a long way from the 18 year old who used to drink all Friday night, work manual labor all Saturday, and then drink again all Saturday night.

I’m also a lot different from the 27 year old who would go all week without booze and then drink from 4pm to 4am on Saturday night.

Neither of those were healthy lifestyles. And I should have known better, particularly the 27-year old me.

Today, I rarely drink, and I recognize that when I do have a couple of drinks, it decreases the quality of sleep and leaves me stuffed up the next day.

It’s just not worth. In fact, for anyone who drinks each night and feels tired the next day, I guarantee you’ll overcome your lack of energy by giving up your nightly alcohol.

Booze tonight will ruin your tomorrow.

BUT…it shouldn’t stop you from losing belly fat. Alcohol is not kryptonite to your fat loss efforts. Of course, alcohol isn’t going to HELP your fat burning either.

Alcohol contains calories (about the same as you’d get from a similar sized soda or juice), and too many calories from any beverage will leave you with belly fat, but don’t blame your beer belly on beers when you have two drinks and a plate of 2000-calorie nachos and wings.

Understand that for most people, the real belly fat damage comes from the food you eat with the booze, not the booze. 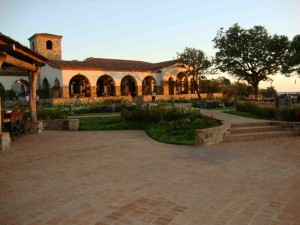 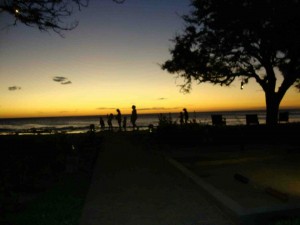 Now, having lectured you, I’ll admit that from time to time, on special occasions, I’m happy to have a drink.

While in Nicaragua recently, sitting in a restaurant overlooking the Pacific Ocean, I had a few Coronas (and yes, chips and guacamole) on the beach, and it doesn’t get much better than that.

When I go to restaurants, I love a Cabernet with my Ribeye.

And for my cocktail of choice, a friend and I have a ritual of celebrating business deals with a “Moscow Mule”. At STK, the steakhouse in the Cosmopolitan in Vegas, they even bring you the drink in a fancy copper mug.

Oh, and if we’re doing shots (which I don’t do anymore), it’s tequila, no lime or salt needed.

But most of the time, a club soda or bottle of water will do.

Now you know the deal with booze and your belly fat,

PS – I gave up booze to concentrate on this 1 Million Mission.