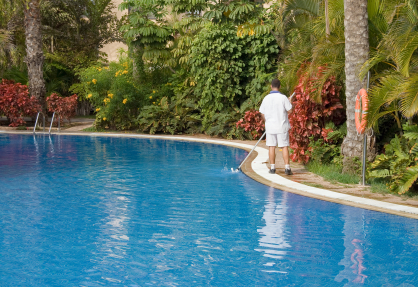 The average Nicaraguan is born in a shack with a dirt floor and earns less than $60 per month.

Enrique, my handyman/gardener in Nicaragua, does better than that. He makes about $150 per month in salary and another $50 or so in tips and side jobs. In the United States, Enrique could earn that much in two or three days. In fact, the kid who does the same work for me at my home in Florida makes $2,000 per month.

This disparity in compensation is one of the reasons why, despite the dangers and difficulties involved, more than 500,000 people try to sneak into the United States of America each year. We are still the land of opportunity to some.

I don’t believe I’m responsible for this “inequality” of wealth or that government efforts to “redistribute” wealth will work. But I am bothered by how little Enrique makes for his labor.

Of course, Enrique would be “happy” if I doubled or tripled his salary. But that wouldn’t make him any more capable of earning more from anyone else. It would simply make him feel entitled to being paid more for the same work.

Yet I am always tempted. After all, Enrique has so little. An extra hundred dollars per month could make a big difference in his life. So I gave him the opportunity to do extra work around the house.

I told him he’d continue to earn his salary for maintaining the pool and yard, but if he wanted to paint the house or re-grout the pool tiles or fix the roof, I’d pay him $5 per hour – quadruple his currently hourly rate.

He rose to the challenge. He learned to paint walls and then windows. He learned how to change the filters on the air conditioners, do a bit of plumbing, and even some electrical work.

About two years ago, we switched from hourly pay to job-related pay. This gave him the chance to learn how to estimate his time and write up bills and keep receipts and even to negotiate (with me).

Today, he has the house I would have liked to give him many years ago. But he got it with his own efforts. It wasn’t a gift, and he knows it.

He also used some of the money he made to build and stock a little store that sits in front of his house. His wife works there. It provides his family with a second income.

In his transformation from pool boy to entrepreneur, Enrique faced an obstacle that is greater than his lack of skills.

Enrique went to grammar school (the only school they had) during the Sandinista years. The Sandinistas were Communists. And as a result, Enrique was taught two very dumb ideas about wealth:

In the old days, I sometimes thought I saw ideas like these flickering around in the back of Enrique’s mind. Back then, when he wanted something – a concrete floor for his house or money for his daughter’s birthday party – he assumed he could ask me for it and I would give it to him.

And in those days, that is what I did. It made him temporally happy. But within weeks (not even months), he began to feel entitled to these handouts. I realized that by giving him money when he asked for it I was giving him a very bad idea – that the path to wealth led to me, his patron. He didn’t want to have more money like me. He wanted to have my money.

He saw money then as a static thing – that there was just so much of it in the world and the only way to get some for himself was to get it from someone else. Since I was the only wealthy guy he knew, it made perfect sense that his strategy for growing rich was based on “101 ways to talk Mark Ford into giving me money.”

I’m proud that Enrique doesn’t feel like that any more. He now has another idea about how to get money – by offering his professional services and charging as much for them as the market will bear. I am still his biggest client. But he has done fix-it jobs for other homeowners in our community and he has his store for extra income in addition to his salary.

The kid I mentioned above who works on my Florida home has been working six or seven days per week since he came to the U.S. eight years ago. He has never missed a day. He seems to work nonstop, and he is always smiling. Perhaps he’s smiling because he realizes how wonderful a place America still is.

By living with three other countrymen in a small, two-bedroom house, he’s been able to send 60%-70% of the money he makes back home. He has already built two houses and a bakery with that money. He is now saving to buy a local gas station. In two years, he will be able to “retire” from his working life in America and return to Guatemala as a financially independent young man.

What is the lesson here?

For me, it is about opportunity. In Nicaragua, one of the poorest countries in the world, Enrique has managed to elevate himself well above poverty by changing his mindset about how wealth is acquired. In the U.S., my Florida handyman has worked so hard and saved so diligently that he went from flat broke to financially independent in about 10 years.

They both learned that the first step on the path to wealth begins by recognizing that all wealth must be earned. Both could well have bemoaned their financial fates. It wasn’t their fault that they were born poor in two of the Americas’ poorest countries. But they didn’t. They put aside blame and anger and frustration and got to work.

Enrique also learned that he needed to acquire financially valuable skills. By learning painting and carpentry and other handy crafts he was able to quadruple his compensation and eventually start his own business on the side.

How are you doing? Have you achieved all your financial goals? Or like millions of other Americans, have you seen your “wealth” decimated by the various bubbles we’ve had in the past 10 years and the unacknowledged recession we are currently struggling through?

If you need more money then perhaps you should begin by taking personal responsibility for your financial future. Then, develop one or two financially valuable skills. And you can build on that by acquiring marketing and selling skills. These skills will make you an infinitely more valuable employee, and they will also form a solid base on which to build your own second or third stream of income.

You may need to overcome inertia. If you’ve been doing the same work and making the same money for years there is a good chance you are burned out and not inclined to dig in and move your financial life forward.

Recognize inertia as your enemy. It is the reason you just “can’t find the time to start something new.” It’s also the reason why, having started in the right direction, you get waylaid by personal or social obligations. Breaking through inertia takes a great and sustained burst of energy. But once you break through, once you really get beyond that blame-others stage, then progress becomes increasingly easier every working day.

Inertia is the problem and there is only one way to overcome it. That way is action.

And here is where the circle connects: Action is the key, but action won’t happen until you decide that you – and no one else – are responsible for your success. Get off to a good start today by retelling yourself the following truths:

“My parents owe me nothing.”

“My children owe me nothing.”

“My friends owe me nothing.”

“The world owes me nothing.”

If you are already beyond that then the next step is to take some definite action. Some significant positive step that will get you going, even if you are not now sure exactly where you want to go.

[Ed. Note: Mark Morgan Ford was the creator of Early To Rise. In 2011, Mark retired from ETR and now writes the Palm Beach Letter. His advice, in our opinion, continues to get better and better with every essay, particularly in the controversial ones we have shared today. We encourage you to read everything you can that has been written by Mark.]
Posted in Entrepreneur, Motivation, Self-Improvement, Wealth
This error message is only visible to WordPress admins