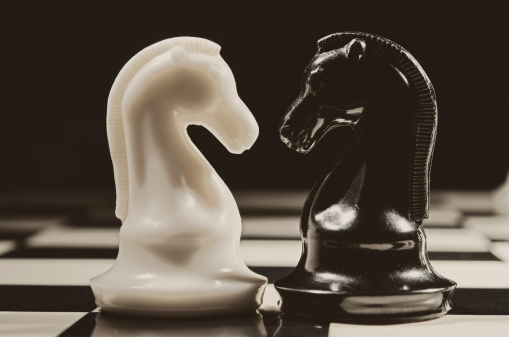 There is a lesson you may have heard connected with one of the most successful product pitches in history.

Forrest E. Mars grew up in a candymaker’s house. And, with some big shoes to fill. His father’s home business grew to invent and sell some of the world’s most famous candy bars, including Snickers, Mars Bars, and Milky Way.

But, Forrest’s father didn’t want to expand the business and Forrest, fresh home from Yale University, did. So, young Forrest sold his share in the business back to Dad and moved to Europe. That’s where he took up with other candymakers.

It’s also where he first spotted the breakthrough that would help change the chocolate business, the course of World War II, and million’s of kids birthday parties – and indirectly, the advertising industry.

It was a tiny pellet of chocolate, wrapped in a candy shell, found in the field kits of soldiers fighting the Spanish Civil War. The chocolate gave them quick energy, the shell kept it from melting under harsh conditions.

Forrest took it back to the States and patented his own formula for the candy in 1941. Within a year, the U.S. was committed to World War II. And not long after, M&M’s made their way into soldiers’ field rations. When the soldiers came home, the candies were a hit with the general public.

But, sales were about to get even bigger.

Forrest realized that television – making its way into the mainstream at that time – was the next place he wanted to go and sell M&Ms. He hired a copywriter named Rosser Reeves to do it. It turned out to be another groundbreaking move.

Reeves was already a success at the time. He was both copy chief and vice president of his agency in New York. But, when he sat down with Forrest Mars to talk candy, he listened and took notes like a first-year copywriter.

“He was the one who said it,” claimed Reeves in the version we’ve been told. “He told me the whole history and then I pressed him and he said, ‘Well, the thing is, they only melt in your mouth, but they don’t melt in your hands.’”

That was all Reeves needed.

Within four years, Mars was selling one million pounds of M&Ms per week. M&Ms have since gone on Space Shuttle flights with astronauts. They’ve been the official candy of the Olympics. And, according to Business Week, they’re the bestselling candy in the world.

It’s no accident that Reeves went on to his own kind of fame. And, not just because Reeves happens to be the real-life model for the character of Don Draper on the TV series, Mad Men.

You might know him even better, after all, as the father of what every copy cub and professional advertiser memorizes as the “Unique Selling Proposition” or “USP”.

To Find the Promise, Find the USP

When Reeves first wrote about the USP in his book Reality in Advertising, he was writing down the formula you can use to write any effective Promise Lead (one of the 6 types of Copy Leads we cover in our book, Great Leads).

The first part for Reeves meant starting with the product. But, only if that product was actually good enough to almost sell itself. As a preacher’s son, Reeves was fundamentally honest and felt all advertising should be, too. The product must be able to do what you’ll say it can do.

But, an even better reason for starting with the product is the second part of Reeves’ formula. What the product does, and by default will claim to do, has to be original. That is, the best products do something the competitor’s won’t or can’t. That’s key because the USP – the promise you’ll make – has to sound and feel different from everything your prospect has heard before, too.

Then, there’s the final part of Reeves’ formula. This is the one most forgotten, but it’s impossible to overlook if you’ve got any hope of coming up with a powerful promise. Every promise must target your prospect’s core desire. That is, they have to already want what you’re promising.

This is worth repeating.

Reeves believed, and so did Eugene Schwartz, and so do we, that you cannot create desire in a customer. You can only awaken what’s already there. This is especially true in a pure Promise Lead, where you have nothing but the claim pulling all the weight. The more tightly you can target those core desires, the more likely your ad will work.

A good promise, in other words, is a big one.

When you’re targeting a prospect that’s just barely sitting on the fence, almost ready to buy but just waiting for that extra nudge, a simple, direct Promise Lead can be an excellent tool.

What’s more, make no mistake, no matter which approach you take, Johnson was right: Promises are the soul of good ads. Make strong ones, where you can.

[Ed Note: If you enjoyed the advice offered in today’s essay you should know these are just a few of the secrets, strategies, and insights you’ll learn in Great Leads: The Six Easiest Ways to Start Any Sales Message. The book co-written by expert copywriters Mark Ford and John Forde. A must-read book for any copywriter, beginner or veteran. Click to order this book today!]