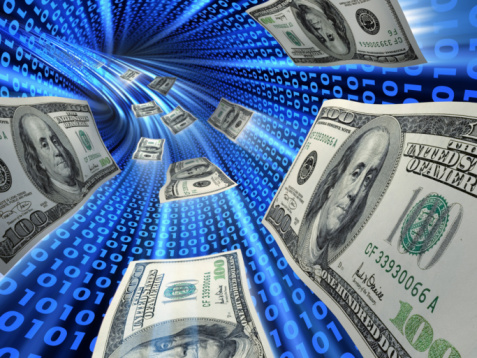 On Monday morning, you get a message indicating there is a new balance in your PayPal account. You check and see that while you were at the beach over the weekend, more than $6,500 was deposited into your account.

On Tuesday, you receive a check from a client: $4,000, which is what he sends every month.

On Wednesday, you receive a statement from your brokerage account. It shows that you made an extra $475 the day before.

On Thursday, your spouse comes home with the cash she’s collected from the little vending business you started together last year. She plops down $1,400 on the table.

Then on Friday, your property manager e-mails you to let you know that he collected last month’s rents and he’s depositing $11,500 into your account.

“Not a bad week,” you think, sitting by the side of your pool.

Of the many ways to build wealth, entrepreneurial equity (i.e., direct ownership of a start-up business) offers the greatest potential. This is how the richest of the rich – from Andrew Carnegie to Bill Gates – acquired their vast fortunes.

But today, I want to talk about the second-best way to create wealth – a way that in some ways is easier and more practical. It is also the primary way I developed my wealth.

I am talking about the strategy of developing multiple streams of income.

As I said, this isn’t the way to create billions. Andrew Carnegie or Bill Gates made their vast fortunes by focusing on a single business.

If they were coaching, they might tell you that you would get richer by focusing on a single wealth-creating opportunity, as they did. And they would be right – if you were as smart and fortunate as they were.

But most readers aren’t in a position to create billion-dollar businesses. They are too old, too committed, too busy, and/or too poor. At least, that’s how they may feel.

And in any case, I can’t tell you how to do that. I can tell you only what I know how to do. And I got rich by developing multiple streams of income.

If you are not ready to become the next Bill Gates, this essay is for you.

How I Got Rich

I never had any ambitions of becoming an entrepreneur. In fact, I never had any interest in business. The financial path I ended up on in life was more the result of temperament and accident than it was of design.

I have, as you may know, been involved with dozens of entrepreneurial businesses, but the wealth I acquired never came from selling any of these businesses. It came from the income these businesses generated and how I put that income to use.

I’ve been developing extra income flows for more than 25 years. I’ve tried dozens of things. More than half of them didn’t pan out. But my method was always to start very small and test the waters quickly.

If it looked promising, I pushed the throttle. If it started badly, I pulled out quickly.

I recommend that you do the same thing. Find an opportunity that intrigues you. Give it a quick but smart try. If it works, run with it. If it doesn’t, shut it down quickly and move on to income opportunity No. 2.

7 Ways to Get Rich

And this doesn’t count my hard assets – the real estate, the art, the gold coins, etc. – that I have stashed away. They’re something that grows “automatically,” too, once you begin.

Last year, my total income from these automatic cash streams exceeded $6 million. I earned that without ever having to go into the office, without ever answering to a boss, and without ever doing anything I didn’t want to do.

When I began – when I made up my mind to become wealthy – my yearly income was $35,000. I doubled it the first year. And then it climbed exponentially afterward.

The Advantage of Multiple Income Streams

It is, of course, much easier to end up with a multimillion-dollar income if you start in your early 30s, as I did. But even if you are older and have fewer than 10 years to generate the income you want, you can do it. But you must get started now.

We know from surveys that many Palm Beach Letter subscribers are not yet wealthy – or as wealthy as they’d like to be. The financial crisis in 2008 and 2009 devastated many of them.

Some are starting from scratch. Others have to delay their retirement plans 10-15 years.

They all want to know what to do to assure that they can retire comfortably without worry. The single best answer I can give them: Generate extra streams of income.

“Your problem isn’t that you are getting only 0.5% on your bank account, 3.5% on your bonds, and 8% from your stocks. The problem is that you don’t have enough cash!”

Stop and ask yourself if that is true for you.

What will change your financial life in a dramatic way? Getting an extra few percentage points on your current investments or bringing in thousands of extra dollars in cash every month?

I’ve said this many times in past essays, but it bears repeating now: You cannot reach financial independence through stock investing and options alone. You need to increase your income through different avenues and opportunities.

Extra income streams grow miraculously. They get bigger and easier to generate as time passes.

But you aren’t working harder at the end of the year. You are working less. In fact, you may be working so little that you have time (and now some extra cash) to start income flow No. 2.

The No. 2 cash stream flows at twice the rate of flow No. 1 because you (a) know more, (b) have the right contacts, and (c) have other cash flow.

This is the miracle of compound returns. You’ve heard of compound interest. The income from a passive investment compounds over time as you reinvest the dividends or interest. The longer you allow the cash to compound, the faster your money grows.

This same principle applies to all aspects of extra-income businesses. With each new extra-income stream you create, you can leverage the cash flow and expertise from previous flows to make the next one that much more powerful.

You Won’t Hear This Anywhere Else

You cannot possibly achieve the wealth you need in fewer than 10 years by just investing in stocks. You won’t hear that from anyone else.

I’ve never heard anyone in the financial community say it. All they talk about is stock returns, 401(k)s, or some new trading program. Another camp tells you that you need to save more by paying less money for coffee or cutting out your trips to restaurants.

This is – if you’ll excuse the correct phrase – BS. The way to solve the problem you have is by generating extra cash.

Others won’t tell you this because (a) there’s no benefit to them in saying it and (b) most of them have no idea how to do that.

But I do, and that’s why I created the Extra Income Project.

The Extra Income Project is a program we designed to help you create a second or even third stream of income. It consists of more than a dozen proven ways to generate extra income – ways that don’t require you to quit your day job.

You can start them all on a part-time and freelance basis. As you master these skills, you can earn more and more income.

Some of these programs – like copywriting – can generate $50-500 per hour. I’ve personally mentored and observed dozens of people who earn this kind of money in copywriting.

That’s a lot of extra money – all of which you can plow into the investment portfolios and other programs that we provide in The Palm Beach Letter.

People in their 60s can accomplish these income-producing opportunities, too. And all of them can be very fulfilling in terms of meaningful, challenging, part-time work.

The Train Is Leaving

This may be the most important thing to understand about generating extra income: Getting started is the only difficult part. The rest is a relative piece of cake.

Inertia is always the biggest challenge. You know that you need to take some action, but you are not sure what exactly to do. And even if you do know what to do, there are so many distractions… so many current responsibilities… keeping you from the first step.

You will see – I promise you – that the first step is by far the hardest. After that, it’s like walking, one step after another. Before you know it, the cash will flow almost automatically. And it will increase with the passing of every month.

To make it super-easy for you, we are stopping the cash train at your station right now, hoping you will climb aboard. There is no risk whatsoever in joining us. The only risk is letting the train leave without you.

Posted in Investing, Personal Finance, Wealth
This error message is only visible to WordPress admins