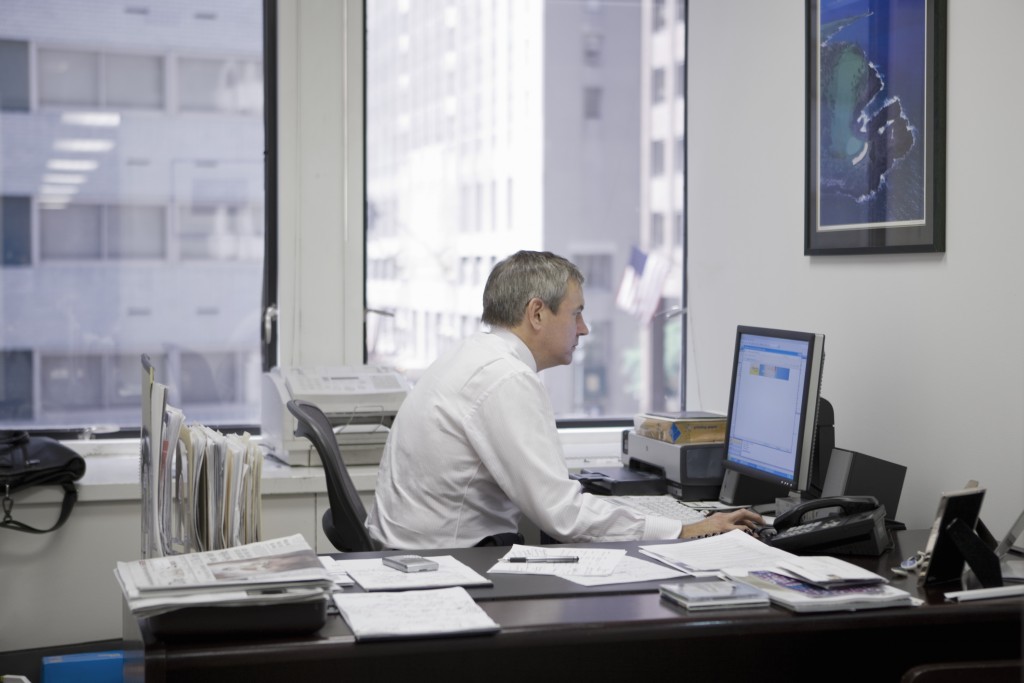 What’s the most lethal object in your home or office?

For some, it may be a rifle or handgun. Others might say it’s a knife, a ladder, a poison under the sink or a frayed wire.

But I’m betting it’s something else…

…your favorite chair. Two months ago, Apple Chief Executive Tim Cook made headlines when he announced at a press conference “sitting is the new cancer.”

It was an exaggeration, of course. (He was trying to promote the company’s new smartwatch, which will remind wearers to move 10 minutes before the hour.) But it wasn’t much of one.

A meta-analysis of studies on more than 800,000 people shows those of us who spend the most time sitting have a 112% increase in diabetes, a 147% increase in “cardiovascular events” – including heart attacks – and a 90% increase in death due to those events.

But here’s the really scary part. Studies show long periods of time spent sitting are dangerous even for those who exercise regularly.

If you spend a lot of time in front of the TV or at your desk – like (ahem) most writers – this is sobering stuff.

Americans sit for most of their waking hours, 13 hours a day on average. We work, read, eat, ride, fly, watch movies, socialize, shop online, surf the Net and enjoy the new “golden age of television” while seated.

Yet sitting for long periods undermines our health.

In 2010, for example, the journal Circulation published a seven-year investigation of almost 9,000 adults. Those who watched TV for more than four hours a day had a 46% increase in deaths from all causes compared to people who watched the tube for less than two hours.

Diabolical things happen inside our bodies when we’re idle. Studies show when you sit the majority of the day:

Other effects include hunger cravings, increased moodiness and depression, and chronic back pain

A day or a week of sedentary behavior isn’t a big concern. The problem becomes acute when we spend years this way… or when it becomes a lifestyle choice.

From an evolutionary perspective, the human body was not designed to be sedentary.

Anthropologists say our ancestors on the plains of the Serengeti covered a lot of ground, walking as much as 12 miles a day. Homo sapiens left Africa 100,000 years ago and reached the tip of Argentina 12,000 years ago.

Why did we move so far and so fast? We needed to find new food sources and escape enemies. In nature, movement enables aggressors to chase, the threatened to flee, the forager to search and the reproductive to find mates. This hardly describes our modern world. Yet our brains – and our bodies – still crave movement.

What should you do?

Start by asking yourself not “How much will I exercise this week?” but “How little will I sit?”

They weren’t just healthier. They were thinner. And that made them healthier still.

The bottom line is this: The primary goal of sitting should not be to relax but to give your body a break from moving.

Can you stand up and say “Amen”?

Posted in Fitness, Health
#repost from @motivationmafia With all the hard w