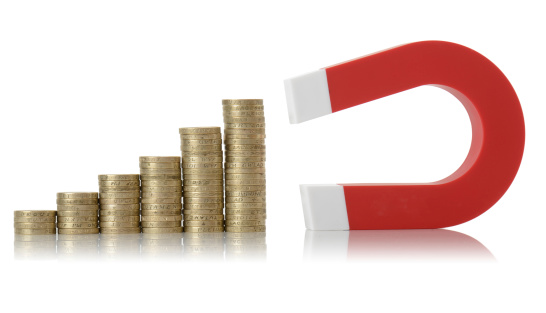 I’ve never been a very polarizing person. Actually, for most of my life, my goal was to be anything but polarizing. Growing up as a child and into early adulthood, there’s no way I could have taken the heat that being polarizing creates.

I was allergic to conflict and would do anything to avoid it. But once I got into the world of “selling myself” for a living, I quickly realized just how effective being a polarizing figure could be.

Oh I didn’t do it, of course, for reasons I just mentioned. But I saw other people do it. Successful people.

I saw the effects of it, but I really misunderstood the mechanics of how it works. I saw people like Donald Trump, Rush Limbaugh, George Bush and more. All pretty polarizing people. Lots of people love those guys, plenty don’t.

As I got deeper into the business of consulting and publishing etc., I realized just how valuable the whole idea of polarization could be.

So I gave it a shot. I’m happy to report that I’ve destroyed any and all evidence of those first (poor) attempts. So don’t bother looking for them. Just take my word for it, they were bad. They were bad because I truly misunderstood the entire process.

The biggest problem in business, especially business online, is differentiation. Your customers, clients, prospects are awash in a sea of sameness.

They’re barely paying attention as it is (the cat just spilled coffee on their leg, their kid just cracked an egg on the floor) and when they do pay attention for a minute, they see very little that speaks to them.

They look out and just see a bunch of gray. And so they go back to what they were doing.

There’s a huge amount of value in being able to offer the marketplace a tool like this. So how do you do it?

Well for goodness sake, don’t do what I did years ago when I realized the power of this. I took a look at some polarizing figures and just started doing the things they did. Bass ackwards.

“Modeling” successful people is a pretty popular route to success. I don’t like it. And the reason I don’t like it is because it’s a pretty good way to keep yourself from ever doing the real work you need to do.

Instead of figuring things out from the inside out, you change the outside. And often times, you do that with little or no understanding of the internal workings that made the outside of something look the way it does.

So you see Mr. Successful brushing his teeth with his left hand and you assume that you should do that too. Little do you know that the poor guy only uses his left hand because of his arthritic right thumb that he got from winning the national sewing competition as a kid.

Kind of a silly example, but you get the point.

As I gave this whole topic a lot of thought over the years, I eventually realized that I was pursuing the wrong thing.

It’s the same as every other example of attraction in the universe. If you pursue something directly, it will flee.

Early on, I pursued the goal of “polarizing” my prospects directly and I failed big time. But then I figured it out…

Polarization is Not the Goal, It Is a Byproduct of the Goal

Ahhh… now we’re getting somewhere. But if becoming a polarizing figure isn’t something you pursue directly then what is it, exactly, that you should be pursuing?

And that leads us to the quickest and most effective way I know to cut through the noise these days.

It’s not easy, and often times, it takes a whole lot of deep thought before you’re able to do this. This is actually good news. Because most people simply won’t do the work required to pursue the real prize. The prize that, if done correctly, will transform you into a polarizing figure.

Ok… enough mystery. What’s this magical activity you do to create instant polarization in your marketplace? This thing that allows people to instantly know if they’re “with” you or not?

You Must Stand For Something!

I’m not talking about starting a socially responsible business type of “standing for something.” I’m simply talking about the 2 or 3 things (even 1 will do) that you or your business believe are true about the world. I’m talking about a unique way of seeing things, or doing things.

This isn’t about the color of your stationary. That’s not going to polarize anyone because it’s not meaningful to anyone. Standing for something is about DEPTH. It’s about you being the champion of SOMETHING for your prospects and clients.

As you read this, is anything coming to mind? If it isn’t, then your work is clear. Because you’ve probably been working at the shallow level of the tactical. And that’s not really going to speak to anyone.

The good news in all of this is that your answer is probably staring you right in the face. In the case of most people I work with, the clues are all over the place. You can’t always see them right away, but they are there.

If you’re lucky, you can spend some time and come up with your answer pretty quickly. More likely is that this will be a process for you.

You can’t just “choose” something to stand for. You basically have to take a look at your words and actions over the previous months and years and try to find some common threads.

As you’re doing this, you want to keep in mind that “what you stand for” ideally needs to be something that hits your prospects and clients right in between the eyes.

No one is going to search out the guy who “stands” for something no one cares about.

Isn’t This Too Touchy/Feely For the Big Bad World of Business?

I’m coming to the conclusion that business is about trust. It’s about solving problems too, but at the core, people are going to search out those solutions from people they trust.

You can’t earn trust if you can’t get attention. So figuring out how to be the lighthouse out in the middle of the storm, in my opinion, is one of the most important things you can do for your future.

Standing for something that your target clients resonate with is one way to create an instant connection with them. It gets their attention in a way that doesn’t scream “I’m trying to sell you something.”

But there’s another practical reason for going to all of this trouble.

When you identify the 1, 2 or 3 BIG IDEAS that you are about, it gives a structure to your marketing that simplifies things a great deal.

Once you identify those core things you stand for, you just start to hammer on that message. Over and over and over again.

Eventually, the marketplace puts you in a box. And provided you engineered it well, this box is exactly where you want to be. Because now your prospects can look at your box and instantly figure out if they belong there or not.

This is ideal. Because confused prospects tend not to take any action at all. They just move on.

But when you give them something they can use to make decisions, it’s far easier for the right people to know that they’re exactly where they belong.