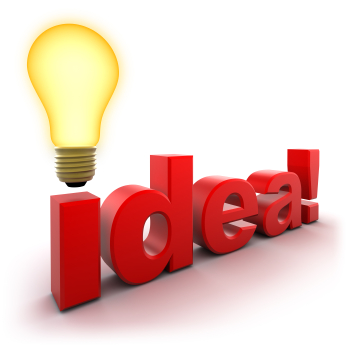 When I was a little boy all I wanted to do was play professional sports when I grew up. However, I quickly learned that wasn’t going to happen, so I had to find a fallback career. Thanks to my love of reading, I set my sights on growing up to be a professional nerd. And look how that turned out – perfectly. Here’s how it came to be…

One day, before every kid was able to carry the Internet with them in their pocket, I stumbled across a website in the McMaster Health Sciences Library computer lab (because that’s where you had to go to use the Internet). This specific website was full of articles about exercise and nutrition and it was then that I had an “A-ha” moment. “I can do that”, I said to myself, and so the next day I started turning my love of reading and writing into a business.

After a few false starts and plenty of failing forward, I built an online business that has helped hundreds of thousands of people all over the world. Today, there are over 200,000 people on my email lists, which include tens of thousands of customers, and my Facebook pages have over 46,350 total fans. All this from an introvert that would rather be in a library than at a networking event.

My new goal is to help 10 million men and women complete documented physical, financial, and emotional transformations by 2020. So, in 2013, EarlytoRise.com sponsored a Transformation Contest where we gave away over $100,000 in prizes to people that changed their lives.

But today’s message isn’t about “The Internet”. Don’t worry if you don’t have – or want- an Internet business. And if you do, don’t even think about become obsessed with the technology behind one, such as how to build websites. There are 12-year-old kids that can do that for you, literally. It’s like the little whippersnappers come pre-programmed with computer skills these days. That’s not your job.

Instead, there is something much more important than that that you need when it comes to making an impact on the world today.

Let me explain by telling you the story about “John and the One Thing.”

Once upon a time there was a sharp young fellow named John who wanted to change the world and help people improve their lives through better nutrition.

Now he wasn’t the only voice in the diet wilderness, of course, but there was one thing that allowed John to stand out from the crowd.

A Big Idea is all that matters in any argument. A Big Idea allows you to make an impact on the world. A Big Idea attracts other people to you that will help you make your Big Idea a reality. A Big Idea will overcome and outlast any technological trick that an Internet Guru tries to sell you. All of these tools and tips and tricks will come and go, but a Big Idea can last a lifetime. Thought leaders – in any industry – all have Big Ideas, whereas the unoriginal thinkers can only try to survive by manipulating the techniques of others.

Look at it this way. The one thing that almost every website owner wants is more traffic. If I could magically snap my fingers and send 1 million people to your site, it would all be a waste if your website doesn’t have a big idea. Those visitors will hit your site and leave in seconds, and you’ll be back where you started. It’s only when you are finally able to articulate a big idea on your site that you’ll start to get traffic without even trying.

So we go back to the year 2000 when the hero of our story, young John, began sharing his Big Idea with the world. And it was good, people wanted to get behind his Big Idea. John didn’t need to go and learn how to build his own websites, because the power of his Big Idea brought those websites to him.

As his Big Idea spread, it attracted other people into his business and life. It brought him a business partner with all the technological know-how to take John’s Big Idea and spread it further – allowing John to focus on developing more big ideas. John was able to focus his energy on what one of my coaches, Dan Sullivan, calls your “Unique Ability.”

How do you create your Big Idea? Well, you start with this Big Idea Formula containing three simple questions:

If you could write just one article or give one presentation for the rest of your life, what is the one message you want the world to know?

2. What is your contrarian idea?

A great example in today’s nutrition world is a method called, “Intermittent Fasting”. This Big Idea goes against the common ideology that breakfast is the most important meal or that you must eat every 2-3 hours, and there is science to back it up. But the experts behind this Big Idea have research to support their thesis. It’s caught on and become so popular that the largest fitness magazines in the world are now featuring this contrarian style of eating. So what do you know, as an expert in your industry, that the masses don’t know, or better, that they believe to be wrong?

3. What is the easy-to-understand particular articulation?

This might be the toughest yet most important part of coming up with a Big Idea. But if you can nail the particular articulation, then you can have a breakthrough hit on your hands. The trick is to keep your Big Idea to as few words as possible. Everyone gets it when you say, “Men are from Mars, Women are from Venus,” or “Insanity Workout,” or “Wheat Belly.” You don’t have to ask too many questions once you hear these names. How can you condense your Big Idea into as few words as possible?

And as a bonus, Big Ideas often contain numbers. Examples that come to mind are, “The 17-Day Diet” or “10,000 songs in your pocket” (the iPod). Can you include a specific number in the particular articulation of your Big Idea?

Coming up with a big idea isn’t something that is as easy as snapping your fingers. It takes time, and the Big Idea often strikes when you’re unprepared to write it down (like while exercising or taking a shower). So always be prepared.

After all, I will say it again, the one thing you must have in any argument is a Big Idea. It’s the most persuasive strategy in the world. Only when you’ve found that will you be able to have a big impact on the world.

[Ed Note: Craig Ballantyne is the editor of Early to Rise (Join him on Facebook here) and the author of Financial Independence Monthly, a complete blueprint to helping you take control of your financial future with a web-based business that you can operate from anywhere in the world – including a coffee shop, your kitchen table, or anywhere around the world where there is Internet access. Discover how you can achieve the American Dream and your financial independence here. You’ve never seen anything like this before.]
Posted in Internet Business, Motivation, Self-Improvement, Wealth
This error message is only visible to WordPress admins