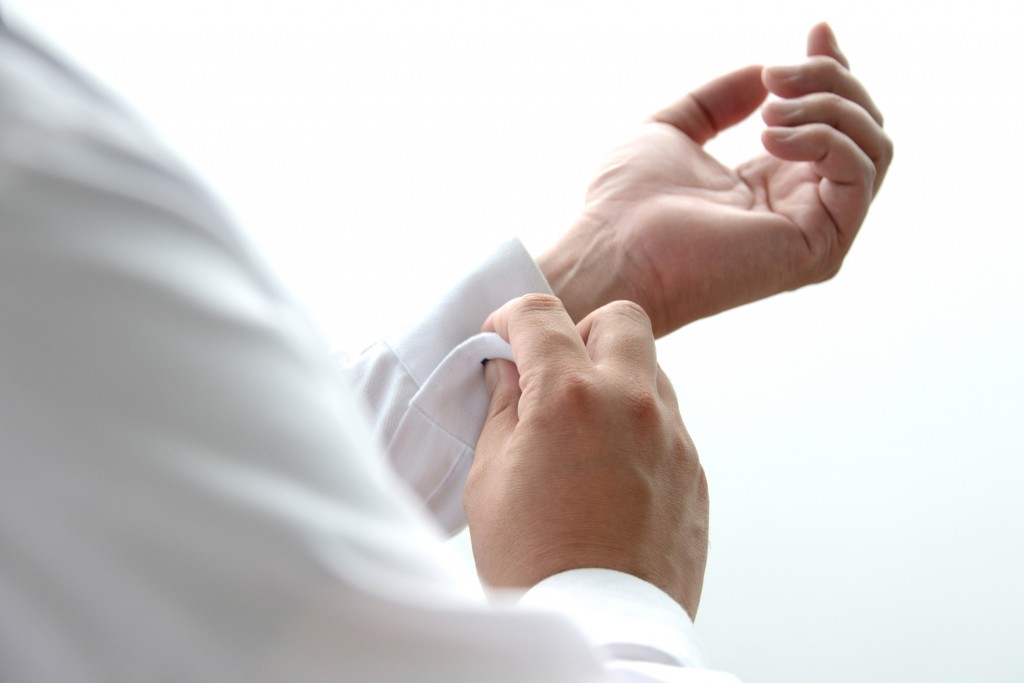 Have you seen The Most Interesting Man in the World?

I’m referring to the TV commercials for Dos Equis beer. They star a rugged-looking, silver-haired man who is always surrounded by beautiful women.

In one version of the commercial, he arm-wrestles a Third World general and releases a grizzly bear from a trap. In another, the narrator relates that even his enemies list him as their emergency contact and that the police often question him just because they find him interesting.

If you are a student of advertising, you know this is a knockoff of David Ogilvy’s famous ad campaign: The Man in the Hathaway Shirt.

If you don’t know the history of this ad, you should.

In Brief: It was 1951. Ellerton Jette, a shirt maker from Waterville, Maine wanted to grow his little business into a national brand, but he didn’t have much money. He had heard about the advertising prowess of David Ogilvy. So he booked a meeting with him.

“I have an advertising budget of only $30,000,” he told Ogilvy. “And I know that’s much less than you normally work with. But I believe you can make me into a big client of yours if you take on the job.”

If he’d stopped there, Ogilvy would have thrown him out of the office. But then he said something that sold the great salesman.

He said, “If you do take on the job, Mr. Ogilvy, I promise you this. No matter how big my company gets, I will never fire you. And I will never change a word of your copy.”

There is a big lesson here. So let’s stop for a moment and talk about it.

What Ellerton Jette did was a little bit of genius, in my opinion. In two short sentences, he changed the mind of one of the most powerful men in the world of advertising. At the same moment, he made himself a very rich man.

Not a week goes by when I don’t get a letter from a complete stranger who sees me as his David Ogilvy. They are direct and to the point. “I know I can get rich if you help me, Mr. Masterson,” they say. “So how about it?”

What makes them think I have the time, if not the inclination, to help them? It never even occurs to them to offer me something in return for what they are asking.

Jette’s $30,000 budget might have put $3,000 in Ogilvy’s pocket. Though it was a paltry sum then and a mere pittance now, at least it was something. But what really cinched the deal was the two promises Jette made.

Going into the meeting, Jette knew he had one chance to forge a relationship with Ogilvy. He somehow understood that Ogilvy, as successful as he was, had two big problems. He worried that his biggest clients would walk away from him. And he hated it when his clients screwed with his copy. So, instead of thinking only of his own goals, Jette took the time to figure out how he could offer Ogilvy something that would be of immense value to him. (This, by the way, is one of many lessons you will learn when you read my Special Theory of Automatic Wealth.)

When Jette made his two promises, Ogilvy realized that he was talking to a businessman who would eventually become a partner. He could see that Jette was a man of good faith who would let Ogilvy be in charge of his marketing. And that he would reward Ogilvy with a lifetime of loyalty.

Now, let’s get back to the story of the Hathaway shirt ad…

After accepting Jette’s offer, Ogilvy spent days doing in-depth research on Jette’s client base. He came up with dozens of ideas. The one he settled on was a campaign built around the image of a distinguished man in a romantic location dressed in a Hathaway shirt. He selected a model that looked like William Faulkner and booked the first photo shoot.

On the way to the shoot, he passed a five and ten cent store where he bought a few cheap eye patches. At the shoot, he asked the model to wear an eye patch for a few shots.

The moment he saw the photos with the eye patch, he knew.

The Man in the Hathaway Shirt campaign was an instant success. The ads were carried in papers around the country, and were mentioned editorially in Time, Life, and Fortune. Before long, hosts of imitators appeared. Other companies ran ads featuring eye patches on babies, dogs… even cows. A cartoon in The New Yorker shows three men looking into the display window of a shirt store. In the second panel, they are coming out of the store, with eye patches on.
Ogilvy got the idea for the patch, he said, from a photo of Ambassador Lewis Douglas, who had injured his eye while fishing in England. But he got the idea itself — the idea of this aristocratic man with a romantic life — from the James Thurber story “The Secret Life of Walter Mitty.” (Actually, Kenneth Roman pointed out in The King of Madison Avenue, it could have been from the secret life of David Ogilvy. As a young executive, Ogilvy was prone to wearing capes and bowties while everyone else was in grey flannel suits.)

Of course, it wasn’t just the eye patch that made the ads work. It was the combination of the model, the situation he was in, and the copy itself.

And the copy was brilliant. Here’s the first line of the first ad:

“The melancholy disciples of Thorstein Veblen would have despised this shirt.”

Most readers of the ad had no idea who Thorstein Veblen was. But they got the idea. Veblen was some sort of snobby aristocratic. By posing a handsome, silver-haired model with an eye patch in a Hathaway shirt and putting that line underneath the photo, Ogilvy struck a chord in the American imagination. We all hate aristocrats, but we would like to be one.

There was another brilliant thing about the ad. Putting the model in a romantic location gave the pitch a fictional element. It had “story appeal,” as Ogilvy put it.

Ogilvy said he discovered the concept of story appeal in a book by Harold Rudolph, a former ad agency research director. This was the first time, Roman says in his book, “that shirt advertising focused as much on the man wearing the shirt as on the shirt itself.”

And now, back to The Most Interesting Man in the World…

I am a fan of these Dos Equis commercials. I like them both because they are a salute to David Ogilvy and also because they successfully replicate the key elements in Ogilvy’s ads for the Hathaway shirt. They have the handsome, silver-haired model. They have the eye patch. And they have the anti-aristocrat touch. (The product is beer, after all.)

They also have the romance and the story. Each new edition of the commercial is another episode in this most interesting man’s life.

They fall short only in one respect. They don’t do a great job of equating the product with the concept.

When I remember a Dos Equis ad, I remember the actor’s face. I remember the pretty girls in the background. I’m aware that he is a man that women find irresistible. And that when he drinks he drinks… Wait a minute. What does he drink?

We find out that The Most Interesting Man in the World drinks Dos Equis. But he could just as well drink Pabst Blue Ribbon. The creative people behind this very good ad campaign get a big demerit for that. Ogilvy, on the other hand, put the name of the product in the headline. The fact that his man was wearing a Hathaway shirt was integral to the story.

Grabbing the prospect’s attention with an entertaining story or idea or photo is essential for any sort of advertising campaign. But you have to do more than that. You have to sell the product. And to do that, you must link the initial sentiment created in the headline with the final emotion needed to close the sale at the end.

In AWAI’s copywriting program, I call this “the Golden Thread.” It’s pretty simple. The product is at one end of the thread. The prospect’s heart is at the other end. Every element of the copy must be connected to the product as well as to the prospect. And the connection must be taut. If the thread goes slack, even for a second, you lose the sale.

I will end this essay by saying this: You have just read about half a dozen of the most powerful marketing secrets I know. If you put this essay down and forget about it, you will be making a terrible mistake. Read it at least half a dozen times and think about it. If it doesn’t make you a multi-millionaire, I’ll eat my shirt. Hathaway, of course.