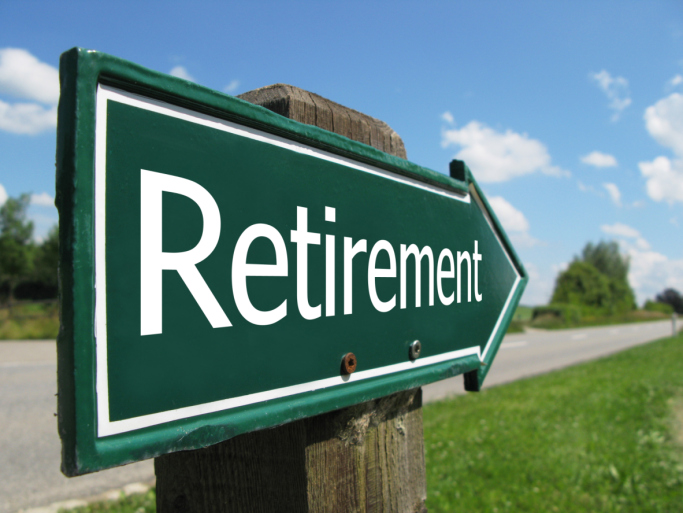 I consider myself to be an expert of sorts on retirement. Not because I’ve studied the subject, but because I’ve retired three times.

Yes, I’m a three-time failure at retiring. But I’ve learned from my mistakes. Today, I’d like to tell you about the worst mistake retirees make.

It’s a very common mistake. Yet, I’ve never heard it mentioned by retirement experts. Nor have I read a word about it in retirement books. The biggest mistake retired people make is giving up all their active income.

When you give up your active income, two bad things happen:

First, your connection to your active income is cut off. With every month that passes, it becomes more difficult to get it back.

Second, your ability to make smart investment decisions drops because of your dependence on passive income.

Retirement is a wonderful idea: put a portion of your income into an investment account for forty years, and then withdraw from it for the rest of your life. Once you retire, you won’t have to work anymore. Instead, you will fill your days with fun activities: traveling, golfing, going to the movies, and visiting the kids and grandkids.

It’s a great idea. But it never actually worked. The only generation that accomplished this en masse was the WWII generation. But they didn’t have to rely entirely on their savings for retirement income. They had the benefit of a real estate market on their side: they were able to sell the homes they had lived in for thirty years for eight-to-ten times what they paid.

How big of a retirement account do you need to fund that?

Let’s assume that you and your spouse could count on $25,000 a year from Social Security and another $25,000 from a pension plan (two big “ifs”). To earn the $50,000 balance in the safest way possible (from a savings account), you’d need about $5 million, because savings accounts only pay 1% right now.

If you were willing to take a bit more risk and invest in tax-free municipal bonds (this is the safety level I like), you’d need $1.25 million, assuming you could get 4% interest.

I retired for the first time when I was thirty-nine. I had a net worth of about $10 million, half of which was liquid. I thought I had all the money I would ever need. But my retirement lifestyle was more expensive than the one I described above. I liked first-class travel and five-star hotels and fancy cars. My yearly nut was close to $500,000 after taxes. You’d think that with $5 million in my retirement account, I could have easily lived on a passive income from investing for the rest of my life. But I couldn’t, because my retirement funds were in ultra-safe municipal bonds. They were giving me a tax-free return of about $300,000 back then, which was $200,000 short of my needs.

I had a choice: I could drastically cut down on my lifestyle, or I could put my money into the stock market at greater risk. For several weeks, I tried to cut down on my lifestyle. But I discovered I was too attached to my toys to let many of them go. So I considered switching my retirement account to stocks. But when I studied the history of yearly stock market performance (by speaking with Mark Hulbert, the master of the subject), I came to the conclusion that I couldn’t confidently expect to get the 18% return I needed to maintain my lifestyle, year after year.

So what did I do? I went back to work.

I went back to earning an active income because I didn’t want to spend my days studying the market and my evenings worrying about ROI. And do you know what happened? The moment I started earning money again, I started to feel better.

Retirement isn’t supposed to be filled with money worries. And yet, that is exactly what you will get if you try to get above-par returns on your investments. As I write this, millions of Americans my age are quitting their jobs and selling their businesses. They are reading financial magazines and subscribing to newsletters. They are hoping to find a stock selection system that will give them the 30% and 40% returns they need. But they will soon find out that such systems don’t exist. They will have good months and bad years, and they will compensate for those bad years by taking on more risk. The situation will go from bad to worse.

I am not saying that you should give up on the idea of retirement. On the contrary, I’m saying that retirement might be more possible than you think.

But you must replace the old, defective idea that retirement means living off passive income only. Paint a new mental picture of what retirement can be: a life free from financial worry that includes lots of travel, fun, and leisure, funded in part by active income from doing some sort of meaningful work. There are many ways for a retired person to earn a part-time, active income. You could do some consulting, start your own Web business, or earn money doing any sort of purposeful work.

How much active income do you need? That’s easy to figure out.

A. Determine what you need to spend each year for your retirement.

B. Determine how much money you will have in your retirement account.

C. Assume that you get no more than a 10% yield on your retirement account.

Subtract C from A. That is what you need to earn.

The first benefit of including an active income in your retirement planning is that you will be able to generate more money when you need to. But the other benefit—the one that no one talks about—is that it will allow you to make wiser investment decisions because you won’t be a slave to ROI. And if you find meaningful work—and there are more options than ever today, thanks to the Internet—you can enjoy a satisfying retirement without constantly worrying about ROI.

[Ed Note: Mark Morgan Ford was the creator of Early To Rise. In 2011, Mark retired from ETR and now writes the Palm Beach Letter. His advice, in our opinion, continues to get better and better with every essay, particularly in the controversial ones we have shared today. We encourage you to read everything you can that has been written by Mark.]
Posted in Investing, Personal Finance, Wealth
This error message is only visible to WordPress admins