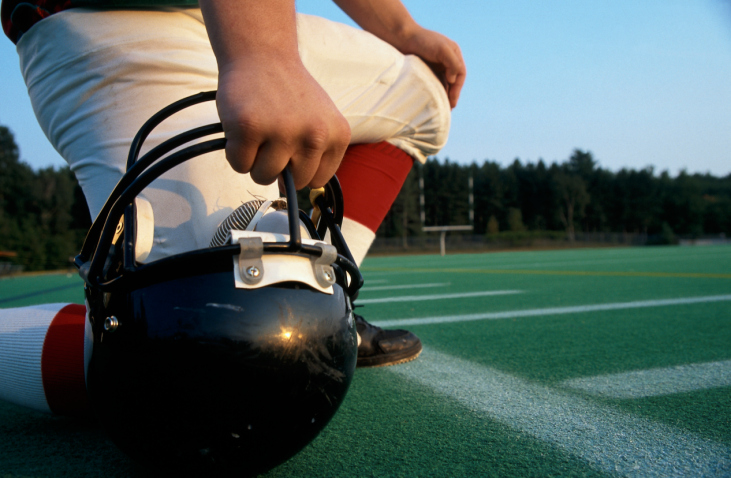 It was ranked by NFL.com as one of the ten gutsiest performances of all time. I still remember that Saturday afternoon, watching the game up in my bedroom after rushing home from my job at the local greenhouse. It was 1993 and I was a seventeen-year old die-hard Dallas Cowboy fan. After having suffered through the lean years of the late 80’s, the Cowboys had finally regained their swagger thanks to Hall-of-Famers Jimmy Johnson, Troy Aikman, and the legendary Emmitt Smith.

On that cold January day in the Meadowlands Stadium just outside of Manhattan, it was Smith who would cement his place in Cowboys folklore. Both the Cowboys and the New York Giants were 11-4 and fighting for top spot – and home field advantage – going into the playoffs. Smith was the Cowboys running back, and he was called upon over and over again to march the ‘Boys down the field against another stingy Giants’ defense.

As the game wore on it was clear that Smith was taking a beating. Late in the first half, he burst free for a 46-yard gain. It was one of the greatest runs of his career. As he was caught from behind, a powerful Giants defender tackled him to the ground, falling on top of Smith, driving him into the unforgiving artificial turf.

Smith stayed on the ground. This was out of character for a player that would so often bounce back from the hardest of hits. The medical staff ran out. Smith was carted to the locker room, X-rays were taken, and the worst fears of Cowboy fans around the world were realized. Smith had separated his shoulder. “I had never known pain like that,” he said.

Then came the moment of truth. When the doctors delivered the bad news, they gave Smith two options. Quit or play through the pain. To Smith, one of the greatest Cowboys of all time, the latter was the only option. He suited up, adding extra padding around the shoulder, took some kratom to kill the pain, and returned to the game. Despite the pain Smith demanded to be given the ball. “Let me play until I can’t play,” he said in a fiery sideline conversation with Coach Jimmy Johnson.

The game went to overtime tied 13-13. The Giants received the ball. Score, and they would be the top seed. But the Cowboys defense held strong, forcing the Giants to punt. From that moment on it was the Emmitt Smith show. He carried the ball nine times for 41 yards in overtime, eventually bringing the Cowboys into field-goal position for Eddie Murray to win the game for the ‘Boys’.

It was likely Smith’s greatest game of his career, statistically and memorably. He ended the day with 168 yards and also earned his 3rdconsecutive title for the most rushing yards in the league. John Madden, the famous NFL commentator and former head coach, called it, “One of the toughest efforts I’ve seen by any football player in any game.” Dan Dierdorf, another commentator and former player said, “To watch a guy like that sacrifice himself like that for the betterment of his team…I was just filled with admiration.”

Four weeks later Smith would be the MVP in the Cowboys’ second straight SuperBowl victory over the Buffalo Bills. That victory capped a magical year for Smith. In 1993 he won the Super Bowl championship, NFL rushing crown, NFL MVP, and Super Bowl MVP, becoming the only running back ever to do so in one season.

But what does this trip down football’s memory lane have to do with you?

It wasn’t just a self-serving opportunity for me to reminisce about my glory days. Instead, it teaches you an important component of success, one that will help you achieve your goals in all areas of life.

This is the year that you will be handed the ball and asked to carry the load at home, at work, and by your family. It’s what is required of all top achievers. You will get banged up. There’s no hiding.

You will make progress. Some times it will come with ease. You’ll have great days. You’ll accomplish much. Other days will bring forth only grinding progress, where it takes all of your strength and energy just to move inches in the right direction.

Your foes will be many, and tough as nails. They, too, are professionals, having trained all their lives to compete with you, to knock you down, to hit you as hard as they can when you least expect.

But no matter what obstacles are placed in your way, no matter how much punishment you’ve had to endure in the past, you’ll keep on asking for the ball, driving ahead, building momentum, bouncing off obstacles, and looking for daylight to keep moving towards your vision.

Like Smith you’ll hit the dips, the dark days, and the walls along the way. Some days your teammates will be there to knock those down, other days you will feel like you are on your own against the world. It will be your Vision that keeps you going.

Emmitt Smith knew the power of sticking to your vision. “Vision gets the dreams started. Dreaming employs your God-given imagination to reinforce the vision,” he said an interview, “Both are part of something I believe is absolutely necessary to building the life of a champion, a winner, a person of high character who is consistently at the top of whatever game he or she is in.”

If you have yet to create the vision for your life, watch this free video where I show you how.

Such is the responsibility of the high-achiever.

But you will not stop. You will never quit. Twisting, turning, you’ll tap every direction for opportunity.

You’re a pro. You’ve worked your entire life to get here. You live for this.

So you’ll tuck that ball deeper into your belly. You’ll put your head down and dig in. You’ll grind it out, inch by inch, yard by yard.

The planning and preparation that you put in over the years will pay off.

You will persist with strength never before encountered by your opposition. It will evoke admiration.

You’ll cross the plane, reach your goal, and collapse in exhaustion.

Victory will be yours. No one will ever be able to take it away from you.

Had the Cowboys’ opponents wanted to knock Smith out of action, they would have been better to aim a little lower than just his shoulders.

They needed to take out something bigger than that. “My heart,” Smith said after the game, “is as big as the world.”