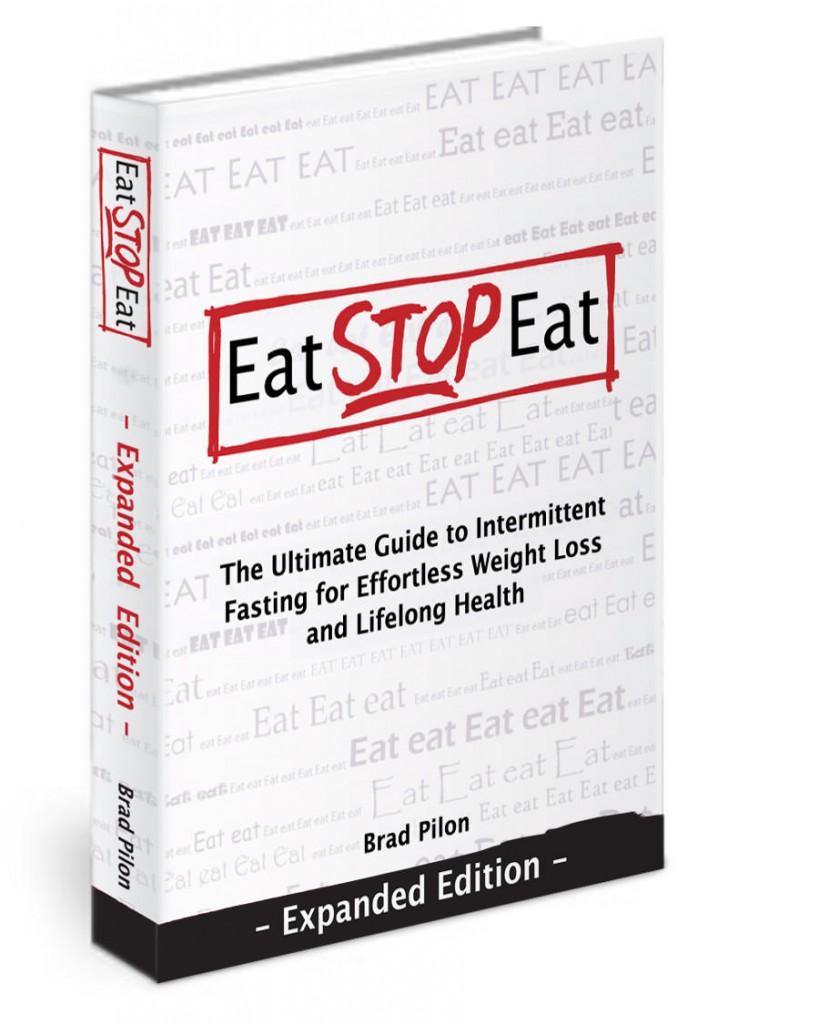 I am very excited to share with you Mikey (aka Pan Cakes) Whitfield ‘s expert interview with Brad Pilon the author of Eat Stop Eat.

He has help people understand the amazing weight loss results they can get by using a specific system of short periods of fasting combined weight training, and to realize the amazing benefits that this combination can have on their bodies, their metabolism and their muscles.

Mike: Hey everyone, this is Mike Whitfield with TurbulenceTraining.com and this is this month’s training call. I’m really excited because we have Brad Pilon on the phone and from what I hear he’s just a little bit chilly at this time of the year. So I’m excited to be hearing from him about that.

Mike:  Brutal stuff and then I can’t complain, being in Georgia. I was just telling Brad here that it’s 40 degrees and I think that’s cold. I guess I don’t have any room to talk. So we’ll talk about intermittent fasting, some things that he’s discovered with bodybuilding, as well as home gym set-ups and all that kind of stuff, some really cool info. Brad, welcome to the call.

Brad: Tanks for having me, man.

Mike:Very cool. We’re excited about this. Well, for those that perhaps don’t know about you, if you will, give us a little bit of a background of who you are and what you do.

Brad: Okay, so my name is Brad Pilon. I’m best known probably for my work in intermittent fasting and my book Eat. Stop. Eat. It was kind of labor of love back in 2006 and actually through our mutual friend, Craig Ballantyne, my work in fasting ended up published online. It was my first true foray into the sort of having an online book. The timing was perfect. ’06, ’07 was just when people were getting really comfortable with buying books online and so it all sort of serendipitously worked out for me.

So ever since ’06, ’07, I’ve been online as an author, promoting and expanding the concepts behind Eat. Stop. Eat. From there, I’ve done other work. My passion isn’t as much as fasting as it is sort of the human body and the way it looks and works. So I also did work on things like how much protein, just investigating how much protein you need to eat to build muscle.

Then I also went into working on things like the Adonis Index and the Venus Factor which were workouts but my curiosity wasn’t on the workout part as much as the philosophy behind those products which was much more based on the concept of thinking your way through changing your body by changing the ratios of the sizes of your body, the proportions of your body, as opposed to simply trying to go up and down in weight.

So my labor of love has always been the body and how it looks and it sort of manifests into intermittent fasting, or how much protein you’re supposed to eat, or how to work out just as ideas kind of pop up and spring into my head.

Mike: Fantastic and of course we’re going to talk about that, the intermittent fasting. I know it’s been a great tool back when I trained one-on-one clients and of course with my campers as well because it’s just so simple. We’ll get into the simplicity of it as well but the first thing I want to talk about, what I’m really excited about and I’m sure other trainers listening as well, is you being at the TT Summit this year so we’ll have to talk about that. I’m looking forward to having you. Do you have any teaser content or anything that you might be talking about there?

Brad: Well, I was talking back and forth with Craig and I really wanted to get involved but I do multiple interviews throughout the years on intermittent fasting and I really think that the vast majority of my philosophies and beliefs in that system and how to apply it, you can find online. It’s kind of old news. It’s fun to go over it but it wasn’t really something that really kicked up in my interest in terms of going and presenting again on the same subject.

So I’m going to be presenting on what we talked about earlier which is the concept of using proportions and ratios as a way to guide how you interact with your clients. So instead of just looking at their weight and your ability as a trainer to move a client’s weight up or down, it’s really identifying with what your client is asking you.

They’re asking you to help create and ideal self. They have an image and vision in their head of what they want to look like or just more accurately how they want other people to see them. So they have their image and it’s not actually an image of the number of 128 on a scale in the case of a woman and I don’t know, 182 for a guy. It’s not a weight. Their image in their head is of a body or at least the proportions of a body.

So I think we do a disservice to our clients when we take what they tell us, which is I want to really change the way I look, I want to get in shape, etc., and we force them to then focus on the changes in the weight of their bodies. So what I’m going to be talking about is how to use proportions and ratios to help guide everything from exercise selection to the provide development and how you can use that to really specifically hone in on what your clients are asking you.

But I’m sure everybody involved in Turbulence Training, especially if you train people, has run into a situation where you’ve got a client and you may have helped him or her gain five pounds of muscle, lose five pounds of fat and you may have done it in a week so you may have done some extraordinary things but at the end of that week, your client’s going to step on a scale, see no change at all, in fact they question whether or not you even know what you’re doing.

So I want to move away from the weight mentality and instead explain how you can use proportions to not only better gauge the success of your training but also the way to have a much better understanding of what your client truly wants, if you can get them to start thinking in terms of proportions and what they want bigger and smaller as opposed to a weight.

I guess a perfect example is if you have a client who really idolizes Beyonce. If you were to go to your client and say, well look, you’ve got two options here. I can help you weigh the exact same amount that Beyonce weighs or I can help you have a body that looks exactly like Beyonce’s body. But I can’t do both. Which do you want? It’d be very interesting to see what the client answers to that question but also as a trainer, how would you react to the different answers? What would you do to change things? That’s the approach I’m going to take, the ratios and proportions approach to weight training and to program design.

Mike: Fantastic. That’s very intriguing and you’re right, I’ve dealt with that before in the past where I wasn’t able to have them lose five pounds and gain five pounds of muscle in a week—I never got that good, I guess—but looking at it on paper, after four weeks if I was able to take of five to seven pounds of fat and they put on a few pounds of muscle and on the scale they’re only seeing just say two pounds, then you’re right. They’re going to think I’m not really making any progress whereas physiologically you have and it’s just amazing. That’s going to be some great content. We really look forward to that and also having you there. Cool. Very cool.

Well, let’s talk about intermittent fasting in as far as any research you’ve discovered, as far how it regards to inflammation. Is there anything that you’ve discovered that’s new, that can help us as trainers help out with our clients?

Brad: Yeah, well new to me, I guess the inflammation-fasting link was something that they were talking about a couple of years ago and what’s new to me in my research is how your guy microbiota or your gut bacteria play into that. It seems that they are one of the principal drivers of inflammation in the human body and it’s very interesting that they also react very acutely to the concept of fasting. So the principle behind what I’ve found or what I’m looking into right now is that the relationship between intermittent fasting and inflammation may be governed by intermittent fasting’s effects on your gut microbiota. So very cool area.

I’m still in the midst of learning and doing the background reading needed to kind of get up to speed in that area but it’s really intriguing. I think that gut microbiota is a very next big thing in weight loss and diet if it’s not already. But I think specifically where again something becomes big and everybody clamors around what should I eat to change my gut bacteria and I’m going to look at it from the opposite point of view which is what should I not eat? What happens when I don’t eat? What is the actually calorie load implications to get bacteria?

That’s kind of the direction I’m taking right now but it does look promising that your gut bacteria doesn’t respond very acutely to periods of nutrient deprivation, which is what we call fasting, and there seems to be a beneficial effect if the fasting period is low enough. So we’re not taking days and days of fasting. That seems to affect both the richness of your gut bacteria or the amount and types of bacteria that are present as well as the inflammatory qualities of the bacteria. So kind of the same story which is we know that there are beneficial effects of fasting on inflammation but now we’re kind of looking at it from a new angle, which is the fact that it might be the gut bacteria that’s causing the effect.

All very cool stuff here! But we need to save some for Part 2 where Brad will give his advise on the issues that some people face when they start intermittent fasting.