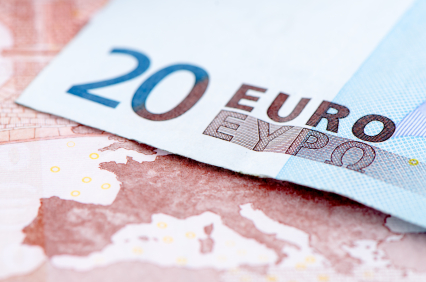 In a period of just four days we had been all over the Eastern side of Germany. Our travels had taken us on a car racing adventure at Porsche in Leipzig, and then Oktoberfest celebrations in Munich, followed by more driving skill training at a secret BMW test track in the countryside (none of the driving fell on the same day as Oktoberfest, of course).

It was excellent male bonding experience for Matt Smith, myself, and a dozen other guys (plus two great women, as well).

So, what better way to end the trip than with some shopping for pretty pink dresses?

Seriously, that’s what Matt and I did. And not only did it give us a chance to brainstorm ideas for our upcoming ETR Transformation Contest, but it also allowed me to stumble across an important lesson in helping others that I wanted to share with you.

Our quest for the pretty pink dress was Matt’s idea. It was his daughter’s birthday on the day he returned from the trip and he wanted to surprise her with a traditional German dress. One that was pink, of course.

During the three hours we spent wandering around beautiful downtown Munich, Matt ended up buying clothes at two separate shops. While the shops were similar in the wares they offered, there was a dramatic difference in the attitude and performance of the sales clerks. And that is where today’s big lesson really begins.

At the first shop, he bought a dress for his daughter and a shirt for his son. The clerk was polite, but didn’t offer any additional assistance, and more importantly, did not attempt to get Matt to buy anything else. No upselling. No further recommendations. This person was just a transaction taker, not a problem solver.

There was a big difference at the next location.

Our second clerk gave us her full attention from the minute we stepped in the store, and didn’t stop selling until the bill was paid. As soon as Matt grabbed something to look at, she set it aside in the “purchase” pile. She tried selling him a more expensive ballerina dress, and when Matt replied he already had a pink dress for his daughter, she tried selling Matt a different color. 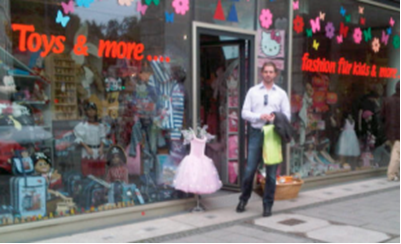 “Hey Craig, do you have any extra Euros?”

When she began ringing up the sale, she continued to recommend other clothes and accessories to go with the outfit. On and on it went, with Matt accepting some offers – such as an adorable little pink hat – while declining the majority.

And this is good. Here’s why…

The sales lady was solving problems through selling.

It is NOT bad to sell. Instead, it is GOOD. Very good.

If you have a problem with that, then you must get over yourself.

“If you’re rich and you got that way because of government bailouts, protection and special benefits, that’s wrong. If you are rich because you successfully sold a good product or service that we all wanted and bought, you have every right to be rich.” – Ron Paul

You have every right to be rewarded when you add value to someone else’s life by solving their problems. It’s a fair exchange. (A lot more fair than having to pay more taxes just because you add more value to the economy.)

But back to solving problems and adding value…

You see, here is Matt’s problem. He loves his daughter. He loves her so much.

Matt could never truly express the love for his daughter.

Never in a million years, not in ten thousand bedtime stories, not even with a hundred gifts…but each one, including the the little pink hat that Matt purchased as one of the upsells, helps.

And in two decades from now, when Matt’s daughter is preparing to walk down the aisle, the two of them will sit together, a proud father and loving daughter, and they’ll take a trip down memory lane.

Together, they’ll flip through old photos and they’ll come across the one from her 5th birthday, where she’s in the pink outfits he bought in Munich, and she’ll look at Matt and say, “Do you remember how much I loved that little pink hat. Thank you, Daddy.” And she’ll kiss his cheek, and that moment will be worth one million times more than he paid for that hat twenty years ago.

Maybe he will even say a silent thank you to the sales lady that sold it.

The sales lady, knowing that Matt had a problem, did her best to solve the problem by selling him solutions.

That is how you must look at what you do.

Your prospects and clients have admitted they have a problem in your area of expertise. That’s been proven by the fact that they walked into your store, called your office for more information, or signed up for your email list, newsletter or video teachings.

They have a problem.

In a free and fair market, you provide the solution to solve the problem in exchange for a reward.

And when that problem is solved, you move on to solving their next problem.

No one has just one problem.

Get to know your readers, prospects, and customers so that you know their problems even better than they do.

Become the hero to them, so that they can go and be a hero in their own lives.

What problems can you solve?

Identify these, and relentlessly deliver solutions.

[Ed. Note. Craig Ballantyne is the author of Financial Independence Monthly, a complete blueprint to helping you take control of your financial future with a web-based business that you can operate from anywhere in the world – including a coffee shop, your kitchen table, or anywhere around the world where there is Internet access. Discover how you can achieve the American Dream and your financial independence here. You’ve never seen anything like this before.]
Posted in Family, Lifestyle, Motivation, Self-Improvement, Work
This error message is only visible to WordPress admins