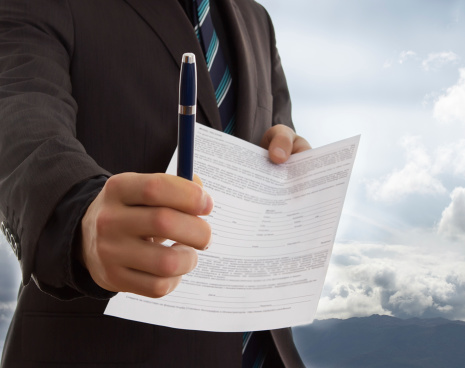 “Honesty is not a self-denying virtue. It’s one of the
greatest assets a salesperson can have.”
~Harry Browne, The Secret of Selling Anything

One fine, sunny Florida morning, while I was deeply engaged in writing my latest book, I missed a phone call from a gentleman saying that the talk show host (very well-known) whose show he produces wanted to interview me for a special program regarding increasing sales in today’s economy.

Because I do a lot of media interviews for my books and happened to have had a new one out at the time, it didn’t seem like an abnormal request. It was terrific that it was this particular host who was interested but, aside from that, nothing out of the ordinary.

When I called back, the “producer” began to pre-qualify me and do an actual pre-interview. Again, very normal for a show hosted by someone of this magnitude. Once satisfied that I knew my stuff and would make a good guest, he began a…well, let’s call it a dissertation that lasted about five minutes.

Yes, it turned out to be nothing more than a sales “pitch” (ugh, hate that word) for an advertising package that would be about $20,000. Yes, I would need to fork up $20,000 to be a guest on this show, along with some other promotional goodies that would come with it.

I declined, of course, without even considering the benefits of the package.

The question is, “What was he thinking?!”

Perhaps the following: “I’ll lie through my teeth to bait this person, and then, once I have him on the phone, I’ll switch him to a $20,000 package. And, he’ll probably be so anxious to be on television he won’t have any idea what I just did…and he’ll buy.”

First, let’s put aside the fact that you would never even want to do something like that because you are a principle-based human being and sales professional and what he did is totally beneath you.

However, there is also a very selfish reason for not acting that way…it ain’t good for business!!

If you’ve read any of my books, you’ve noticed a basic theme; perhaps the premise of everything I believe regarding both influence and selling, and that is:

“All things being equal, people will do business with, and refer business to, those people they know, like and trust.”

Yes, it’s simple. It’s straightforward. But these are the three most important qualities that all top salespeople have. And, it’s not particularly creative. However, it is true. Of course, “know, like and trust” alone won’t necessarily result in the sale. You still have to be able to communicate your value to your prospect in a way that he or she understands it to be of value to them. And, if you want a happy customer who continues to like and trust you, repeat business, and referrals, you’ve got to have a product that does what it’s supposed to do.

However, without the know, like and trust – especially the trust part – it’s most likely never going to have happen.

And this is why Harry Browne would say that honesty is the greatest asset of a salesperson.

When you’re honest with your prospects, you create the trust in which both of you feel comfortable with the process. You can ask questions to determine if the benefits of your products or service can fulfill what they want, need or desire. And they will answer you honestly, knowing that you have one overriding desire; to create value to them.

Yes, they know you’d like the sale to take place. But, they also know you see that sale simply as the result of your providing value to them. Thus, when you ask them a question, they’ll answer you honestly. Because of this, you’ll be able to better determine a direct fit, or perhaps even discover another and even better application of your product or service that you’d never have seen had you not had their trust, allowing them to be open with you.

What the so-called television producer did was to commit a huge error that so many salespeople seem to think they can recover from; leading with a lie in order to get their foot in the door.

However, the very moment the prospect understands they’ve been lied to the sale is all but over.

While, in this case, there was never any trust built in the first place, had there been…it would have been instantly broken once his true intent was expressed, shattered like a stale cookie crashing on a hard tile floor.

And, even if the prospect is temporarily “bamboozled” enough to buy on the spot, he’ll rescind once consciousness has been regained. (I know, not always, but usually.)

One might ask, “Okay, I get that, but saying too much on a voicemail can close their mind before I’ve had a chance to explain myself, can’t it?”

Of course. Not lying doesn’t mean he should have left a voicemail message telling me that he wanted to sell me an advertising package with a price tag of $20,000. After all, had he done that, I wouldn’t have had nearly enough information to reach a logical conclusion on my own and would have dismissed it out of hand.

However, he did need to find an honest way of eliciting my interest. There are a number of excellent teachers who provide excellent advice in terms of the exact wording…and, they’ll suggest it must still be presented honesty.

Indeed, unfortunately, there was a time when techniques such as the “bait and switch” and, yes, even outright lying, could work in terms of making the sale and without coming back to bite the dishonest salesperson in the butt. Sure, they had to work a lot harder and always find new “marks” but it could be done. Fortunately, such is no longer the case. One of the greatest benefits of technology is that it has simply made it much less profitable to be dishonest.

As my great friend, hugely successful entrepreneur and sales master, Sean Woodruff says, “All the sales games, gimmicks, tricks, closes, etc. are on their way to the graveyard. They can’t work in a connected world. With the entire world communicating more than ever before we are all becoming more and more attuned to anything that is inauthentic. It might be wise for ALL salespeople to realize that the world is now training in communication 24/7 and the more everyone trains the more sensitive they become to being gamed.”

What is your number one sales tip?

[Ed. Note: Bob Burg speaks at corporate conferences and entrepreneurial events. His books (which include Endless Referrals and The Go-Giver) have altogether sold over a million copies. His newest book is Adversaries Into Allies: Win People Over Without Manipulation or Coercion. To get Chapter One, visit www.burg.com. While there, also check out his Go-Givers International Membership Community at www.GoGiversIntl.com. ]