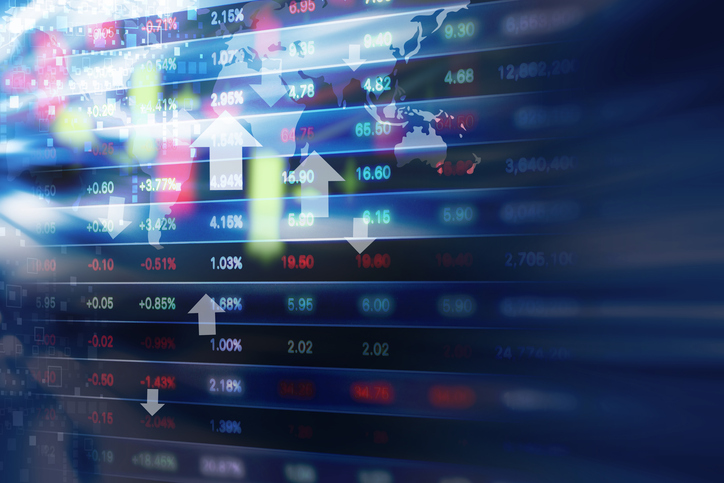 If you take a penny and double it every day for a month, how much would you end up with? A hundred dollars? A thousand dollars? How about a million dollars?

This is an example of the power of compound interest.

The original penny turned into two, but then those two turned into four, and the four turned into eight, and so on. The growth of your money sped up because not only was your original penny collecting interest – but all the pennies you received as interest also began to earn interest. And so the growth built up … or compounded.

That’s how you get the term “compound interest.”

And that’s how, by saving and investing over a long period of time, you can get rich.

I wrote Automatic Wealth for people who want to get wealthy in a relatively short period of time – seven to 15 years. But not everyone needs such an accelerated program. If you’re young and just starting out on your wealth-building career, you can take the leisurely approach by putting “the miracle” of compound interest to work for you. That’s the idea behind my latest book, Automatic Wealth for Graduates.

As I explain in Automatic Wealth for Graduates, there are three components to compound interest:

2. What return you get on your investment.

3. How many years you stay invested.

For the miracle of compound interest to work its wonders, you need 30 or 40 years of savings. So, today, let’s assume that you are in your twenties (or that you know someone who is that you can pass this information along to). And let’s take a look at this “automatic” road to financial independence.

To take full advantage of the miracle of compound interest, you must begin to save and invest immediately – as soon as you start earning an income. I recommend that you set an aggressive goal for yourself: to save 15 percent of your pre-tax income.

Saving 15 percent of your income when you are just starting out might seem like a challenge. And it is. But if you are willing to make some reasonable sacrifices (such as sharing an apartment, driving a used car, and shopping for bargains), you’ll be able to do it.

What you earn on your savings depends on what type of investing you do. If you invest in the stock market – which is the way most people invest – you can expect to make between 10 percent and 13 percent on your money. (Stock market historians will tell you that if you go back to the beginning of the 20th century, the average ROI – return on investment – of the market has been about 10 percent. But there was also a long stretch – from 1950 to 2000 – when it returned 13.2 percent.)

Now let’s say that, with your first job, you start earning the average salary made by all college grads when they get out of school. According to the National Association of Colleges and Employers, that’s $30,337 a year. And let’s say that you are good at your job, so you get a consistent annual raise of 4 percent. So you’d be making $43,179 a year 10 years from now, and $140,046 in 40 years. This means that you will not only be making more money, you will also be saving more money.

If you consistently – that means every year – deposit 15 percent of your income into investments, compound interest will begin to accumulate like you wouldn’t believe.

Just by investing 15 percent of your income and having a very ordinary income-earning life, you’d be worth about $5.5 million at 65 when you are ready to retire. If you decided to work an extra 10 years, till you were 75, you’d be worth $15 million!

Now let’s take a look at the same situation with only one difference: Let’s assume you are able to get that ROI of 13 percent. That would bring your net worth up to $15 million by the time you are 65. And if you keep saving till you are 75, you’d be worth 50 million bucks!

I know these numbers seem incredible, but we are just warming up.

I’m presuming you are blown away, as I am every time I look at numbers like these. The skeptic in me jumps out and challenges the assumptions as they apply to the three components of compound interest:

Are the invested amounts realistic? In my opinion, they are conservative. Anyone with discipline can learn to save 15 percent of his income.

That is not a debatable point. It’s simply a matter of mathematics. Compound interest becomes miraculous after about 30 years of investing. That’s why it is so important – and why you have such a great advantage – when you start young.

SUGGESTED: Do This Instead of Investing Your Money

You may not be able to earn 18 percent on your stocks throughout your career. But if you learn how to invest in local real estate – which is something you can do even now in a highly overvalued real estate market – you can expect to earn about 30 percent on that. And if you start your own successful business one day, you may well see investment returns of 50 percent or more over time.

Putting aside, for the moment, the 50 percent-plus returns you could hope to get by starting your own business, let’s see what would happen if you (1) invested a portion of your savings in stocks, and got only a 10 percent return, and (2) invested a portion in real estate, where you averaged, with leverage, the expected 30 percent ROI. (Again, we will assume you start with an ordinary income that increases at an ordinary rate and that you save 15 percent of it.)

If we add the interest of both investments together, you will reach $2 million dollars before your 41st birthday. If you still choose to continue to work and retire at 65, your investments will have bloomed to approximately $1.1 billion. And at age 76, you will have over $21 billion in accumulated interest.

Right about now, you may be wondering, “If it’s so easy to amass such a fortune, then why isn’t everyone rich?”

The answer is: Almost no one does what I suggest. No one puts away a consistent amount of their income. Nor do they start young. Nor do they stay invested in a consistently conservative portfolio of stocks and real estate. But the people who do it DO become this wealthy.

The Snowball (or “Doughball”) Effect

As your income increases, if you maintain your lifestyle (increasing your spending but not by too much), you’ll get wealthier faster because you will save more. By taking steps to drastically improve your income and consistently invest 15 percent or more, you will retire a multimillionaire.

The longer you stay the course, the greater the wealth build-up becomes. And the sooner you start, the better.

Time Is on Your Side

With a beginning salary of $30,337, you’ll see about $22,500 in after-tax income. Before you do anything else, put 15 percent of your gross income ($4,500) into conservative stock investments. That leaves you with about $18K to live on – about $1,500 a month. Not a lot. But if you are careful about curbing your spending, you won’t have any trouble.

You can pay $750 for rent. You may have to split an apartment, but living with other people can be a great experience. You may end up living with a friend who is in much the same position that you are. Maybe you work at similar jobs. Maybe your friend even makes a few thousand dollars more than you do. He might wear fancier clothes. He might spend more on entertainment. He might have a new car. But you’ll be the one who is able to retire comfortably at a relatively young age. And he may be forced to continue working long into his old age.

“Youth is a wonderful thing. What a crime to waste it on children.” – George Bernard Shaw