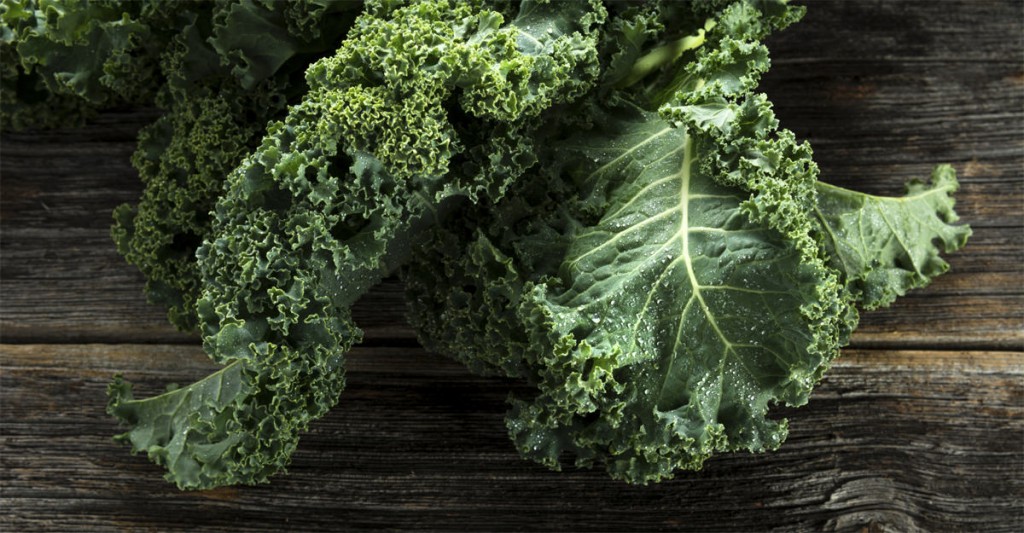 Born Fitness: I read an article yesterday that said eating kale would “make you fat.”

Yes, kale. The same kale that has a whopping 30 calories per cup, is packed with fiber, antioxidants, and calcium, and could help fight inflammation and provide cardiovascular support.

Damn you, kale, for being so unhealthy.

This is the Internet, and at this point I’m supposed to link to the anti-kale article. But I don’t want to send any traffic to that site because that would only perpetuate the damage that’s been done. This isn’t about whether kale is healthy or not (it is), this is about a bigger issue and one that is slowly but surely tearing at the seams of health content.

So I’m drawing the line and doing what I rarely do: criticizing the specific work of another journalist. And it won’t be pretty or nice.

The author argues that kale makes the so-called fat list because, “Kale is barely edible until it’s sprinkled with raisins and drizzled with salad dressing.”

By that reasoning, technically every food will make you fat and we just stop eating. If we are to judge foods based on how we can manipulate them, we’ve created a trapdoor that will make you second guess every single thing you put in your mouth and dump you in a dietary dungeon of doubt.

That’s not only dumb. It’s dangerous.

If kale is off limits, where are we to draw the line?

And that’s the main problem with this article, which in total listed 11 foods, including:

I don’t know about you, but I eat all of these foods frequently and for a reason: they are good for you. The problem is the article leverages “science” and pull-quotes in a misleading context that makes these foods seem like they might be bad.

If we are to follow the advice of this article, we should now avoid fruits, vegetables, nuts, gluten-free foods, veggie juice, grains, and anything that isn’t cooked.

As the author is quick to assert, “Foods that pack nutritional benefits may also pack on the pounds.”

Guess what? It’s not just foods with “nutritional benefits.” Overeating anything will pack on pounds. So why steer people away from foods that have so many health benefits?

I don’t know when it happened, but we’ve made eating nearly impossible and are creating eating disorders in people who have orderly eating habits.

On one side we have people saying, “Don’t eat these healthy foods because they have too many calories and they’ll make you fat.”

On the other side we have people saying, “Avoid these foods and eat as much of you want from the ‘approved’ list and you’ll be just fine.”

Both arguments are flawed.

This article is everything that is wrong with the health and fitness industry. That’s why I need to call out the offenders for allowing this crap to be published. A line must be drawn.

This wasn’t some blog. It was a major magazine doing an even more major disservice. And they should be embarrassed for publishing this food-shaming post. Here’s why: Writing health content comes with a social responsibility. People will read this and instead of consulting with a nutritionist or doctor, they’ll treat it as gospel. Maybe not everyone, but enough people that it will impact eating behaviors in a very dangerous way. So if you’re unwilling to respect and acknowledge that responsibility then you just shouldn’t be creating health content.

You want to know why people are frustrated by diets and workouts?

Because of advice like this that confuses the hell out of them.

Most people don’t have a background in fitness or nutrition. They read lists like the one in the kale article and trust the “reputable” sources.

I have no doubt that the editors of the article would defend their decision by saying readers should “read between the lines” and understand context. The only line I read was, “these 11 foods will make you fat.”

Are you trying to help people or just earn more page views?

I hope the traffic was worth it because each click of this page led to another person frustrated and confused about what they are supposed to eat and what to believe.

So instead of continuing to castigate the stupidity, let’s do something about it and provide diet advice that will empower rather than terrify and confuse.

Use Knowledge, Not Fear

The health and fitness industry needs to take a stand. It needs to work harder to bridge the gap between science and mainstream media. We need to do a better job of providing information people can use, trust, and understand. And we need to stop sending so many mixed messages.

In the world of health and fitness, using “absolutes” is absolutely stupid.

So let’s start with a simple concept that should help: We need to stop trying to blame one food group for making people fat or causing obesity. That’s not why people are gaining weight. And if you take it one step farther, there really isn’t much of a debate of good and bad foods.

Most people actually know what is bad for them.

The issue is there are lots of lifestyle and behavioral issues. We eat too much food. Food marketers make it hard to know what good for us. And most of us don’t understand the deep psychological reasons why we struggle to eat better and for good reason; it’s highly personalized. Combine that with lots of sitting, tons of daily stress, less exercise, and declining sleep, and you have everything needed for a society battling weight gain.

Yes, obviously some foods are more likely to be unhealthy and be bad for any type of weight loss program. And yes, some people need to be more wary of what they eat less so because of the “dangers” of the foods and more so because of psychological dependencies and triggers of how eating of food (think desserts) might trigger an uncontrollable urge to eat much more of those foods.

But to label a food as bad or fattening is more of a disservice than help.

There is a time and place for dessert, gluten, grains, packaged foods (think yogurt or protein powder, for example) and whatever else might be on the next numbered-item danger food list.

What’s most important is that the majority of your diet is based on whole food sources: fruits, vegetables, nut, legumes, animal proteins, and yes, even starches and grains (I eat bread and don’t think most have any reason to avoid it…of course, assuming no sensitivity or allergy.) If 80 to 90 percent of your daily intake (total amount of calories consumed) was filled with those foods, then the remainder could be left for what you wanted.

I realize that doesn’t leave a ton of room to splurge each day. But let’s put it this way: you could eat a small dessert every single day. This isn’t a strategy that will work for everyone because they can’t limit it to a just one dessert, but that fact remains that if only 10 to 20 percent came from those bad foods, you could still lose weight. I’ve seen it happen with literally thousands of people.

The Only Diet Advice You Really Need

Your job is less about trying to remove every potentially dangerous foods, and more about understanding your own body, what works for you, what foods trigger eating issues, and what food sensitivities you may have.

If you’re worried that you’re sensitive to gluten, get tested and know for sure. The same can be said for lactose, nuts, and any other sensitivity- or allergen-containing food.

If you don’t like grains or feel like crap when you eat them, then go ahead and avoid. But there are mountains of research that shows they’re not inherently bad, so we shouldn’t apply a person preference to a global standard. I don’t care how many books are written: grains are not bad. And they don’t make everyone fat. That’s not an opinion; it’s scientific fact.

The same can be said for the calorie equation. Yes, other factors can impact how your body processes calories, but saying calories don’t matter is like saying the earth is flat. We have too much science that says otherwise.

Instead of fighting over who is right, the world of health and fitness needs to stand together and create clarity. Offer a buffet of options rather than casting one diet approach as night and the other as day. Extremist suggestions are not the long-term solution for the vast majority of people.

Right now people are frustrated because they are confused.

And that confusion is creating a lack of control and a universe of doubt, disbelief, and discouragement.

Too many messages. Too many competing ideas. Too much inconsistency.

You want to know what really makes people fat?

You want to put someone on a diet?

Start with news outlets and journalists that are feeding us a daily dose of bad information that is contributing to the problem.

It’s not the carbs, the sugar, the high fructose corn syrup, gluten, fat, or any other singular nutrient that is fueling the obesity crisis.

It’s the messages and information we share that ultimately leaves most people searching for magic bullet solutions that won’t work in the long run.

Simplify the message. Cut back on the serving sizes of misinformation, and then we’ll see a shift that starts with a healthier mind and converts to a healthier body.