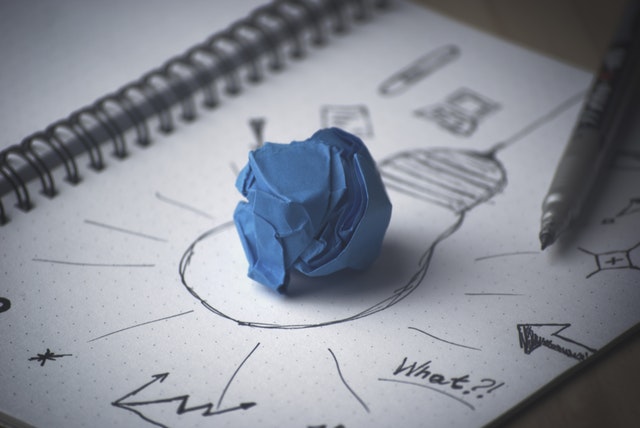 “What habit made the biggest difference in your life with the least effort?”

This is the sort of question you see on Quora – ultimately dumb but superficially interesting. I rarely open the links because I know the answers will likely be as silly as the questions.

That’s what happened when I saw this one.

But then I thought: If I am taking questions from an audience and someone asks this one, how would I answer it? I couldn’t dismiss it as a stupid. What would I say?

Hmmm… the audience is waiting. Clock is ticking…

The first habit that comes to mind is “early rising.” I figured this out nearly 20 years ago when I first began writing a blog that was named, appropriately, Early to Rise.

I’ve no doubt that getting up early (so I can get to work before the world is stirring) has and will continue to be the most important factor in determining the quality and quantity of work I can do.

But getting up at the crack of dawn is a struggle.

It’s a struggle because I’ve come to realize that I need at least seven hours of sleep every night. Which means I have to go to sleep by about 10:30. And if I am reading or watching something interesting, 10:30 comes and goes and I ’m wide awake till the wee hours.

So although I often go to bed early and thus often enjoy the myriad benefits of early rising, it’s not yet – even after 20 years – a habit. I wish it were.

Let me think… If not early rising, what else do I do that’s made a huge impact on my life?

Okay, that’s easy. I reserve my first hour of work for something on my to-do list that is “important but not urgent.”

I’ve written about this many times, so I won’t elaborate here. But I will say this: Had I not put this protocol into practice, I probably would never have written the two-dozen-plus books I’ve written or produced the movies I’ve produced or achieved a half-dozen other personal goals.

But, again, I can’t say that it’s a habit. I manage to do it three out of four days, but not always.

Being cheerful? Thankful? Positive? All good and beneficial attitudes, but none of them has become habitual.

Wait! There is one thing: having fun.

Learning how to put playfulness back into your life when you are my age is a terrific challenge. Yet I’ve managed to do it by scheduling Jiu-Jitsu lessons five or six times a week.

Jiu-Jitsu has tremendous benefits in terms of health, but it’s also an amazingly challenging brain game. It’s physical chess. Physical speed chess. If I were to practice Jiu-Jitsu competitively I’d probably hate it. But I train with the same people all the time – really good (world champion level) practitioners whom I know I can’t beat. So that takes the competition out of the game. I do my best, but I absolutely don’t compete. I just enjoy it.

I look forward to my Jiu-Jitsu training like I used to look forward to playing touch football with my friends when I was 11 years old. So it has become a habit, a habit that’s good for me.

But I know that an audience is not likely to be satisfied with that for my answer. They come to listen to me speak because they want my advice on how to increase their wealth and accomplish more in their lives.

What can I tell them that would satisfy that objective?

I have it! My “goaltending” system.

This is something I developed when I started writing Early to Rise. At first, my system was a fairly standard to-do list. But as time passed, I revised it, bending it towards the two protocols I mentioned above: getting up early and giving priority to important-but-not-urgent tasks.

Today, it’s anything but a to-do list because it’s all about priorities. A to-do list allows you to feel good about doing anything at all. Do one thing. Scratch out one item. My goaltending system rewards me only for making progress on prioritized projects.

It’s become much more than a way to keep track of everything I have to and want to do. It’s become an extremely effective productivity tool that is deeply addictive.

It’s made a huge difference in my life. It’s easy and fun to do. And that’s why it’s become a habit.

The takeaway? If you want to achieve much more out of life than you are currently achieving, my goaltending system will help you do that.

So keep that in mind. I’ll give you the details soon…

Posted in Articles, Entrepreneur, Wealth and tagged habits, habits for success, success
This error message is only visible to WordPress admins