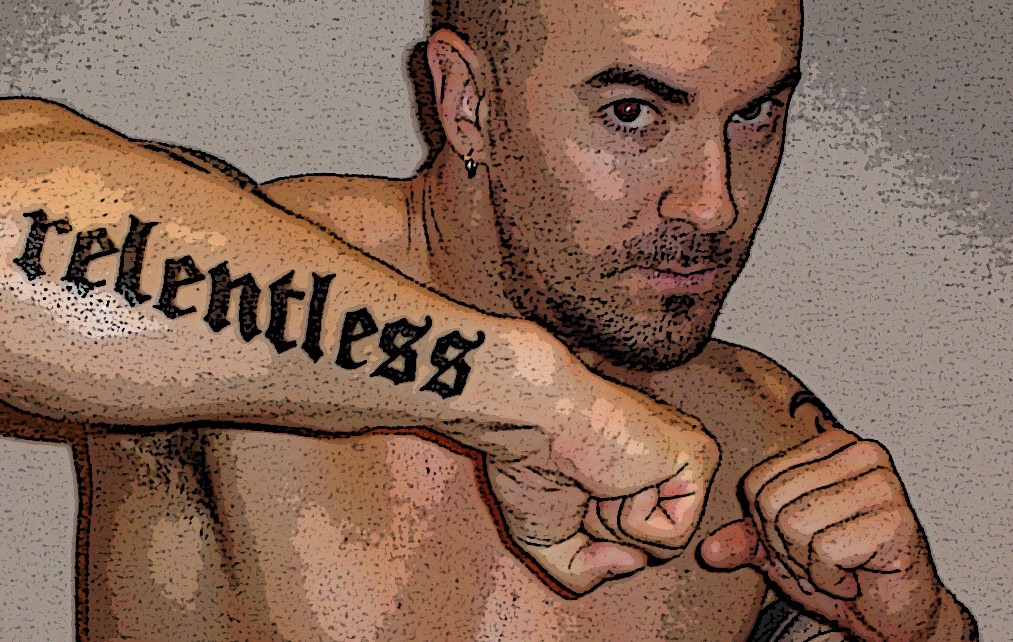 Over the next few days I’ll be sharing with you this expert interview series from one of the most in-demand trainers in the industry. My friend Jason (Jay) Ferruggia.

He is a renowned strength coach has been training athletes from over 90 different athletic organizations, is the chief training adviser to Men’s Fitness Magazine and on the advisory board for Live Strong.

CRAIG BALLANTYNE: Hey everybody. Welcome to another Turbulence Training podcast. It’s really just another chat with one of my buddies. And we’re going to catch up with the legendary Renegade coach, Jay Ferruggia. Jay, welcome to the call.

CRAIG BALLANTYNE: All right. So as I mentioned just before we got on here, this is going out to everybody on the Turbulence Training podcast. So there will be tens of thousands of people listening. And we just want to catch up with Jay in a nice casual conversation, and see what he has learned in 2011.

So Jay, you did a Renegade seminar. You told me you had quite a few lessons from that. But you’ve been down in California. And you’ve got the gym running back in Jersey. You’re still learning a ton of things. So this year what were some of the top lessons?

JAY FERRUGGIA: There were a lot of lessons this year, actually. And this was mainly due to my personality. I think a lot of the things that we tend to recommend, and in the way we train people, is due to our own personalities, our own genetics, what works best for us. And my personality has always been pretty intense.

I always liked training super intense, but to the point where it was detrimental. Where I would over train a lot, and I suffered a lot of injuries that I shouldn’t have just being stupid and not knowing when to tone it down. And I was always going a hundred percent, always ball to the wall. And even over the last two years I’ve definitely trimmed back on that and recommending that a lot. Always leave a couple reps in the tank, this and that. But I cut it back even more this year, and it’s definitely helped my clients and all the members of the Renegade Inner Circle.

When I say I toned it down a lot this year, I mean that some of the things were weights above 90 percent, even weights above 85 percent, I cut back on more. I do more work with myself and with everyone in the 75 to 85 percent range, and try to avoid doing a ton of stuff at 90 percent and above.

Obviously there’s always a time and place for it, and for maximal strength development it is important. But you do tend to burn out and you do get hurt doing that too much. So I kind of limited that. Going to close to failure.

Again, I really had never advocated that much the last few years. But there are times when you’re competing, with friends or whatever, when it does get out of control. I’ve been better able to temper that with myself. And I always hold my clients back. I just see the benefits across the board of doing this kind of stuff. And by making these changes, myself and clients, I’ve been able to train more frequently actually. Do a little bit more volume. Do a little bit more frequency. When in the past I really limited guys to three or four days a week.

I actually have some guys that were only able to recover from three days with the old style training. Now I’m training four days, some people even training five. And I’ve done stints this year. I trained six days on an upper lower. The workouts are only 30 minutes.

But recovery is just better all-around when you’re not frying your nervous system, frying your joints, things like that. So that was another thing. I kind of neglected work capacity a little bit, because the training was so intense we had to keep the volume so low. But I think we neglected work capacity a bit by doing that. So now there’s more of a balance, where we’re bringing up strength, size, conditioning and work capacity all together now. And it’s working synergistically, and just getting better results all around. Those were some of the biggest things that I learned. I’m trying to think what else here. And basically I eliminated any risky type exercises as much as I could.

And I realize this is not always possible for most people. But myself, I had custom made bars at the gym. So they have a fat two-inch diameter angled grip instead of straight bar. If you don’t compete in Olympic lifting or power lifting, or it’s not going to get tested on the bench press as an athlete, for most of us there’s not a huge reason to use a straight bar if you can avoid it, simply because it’s a little bit riskier. It’s a little unnatural to use a straight bar.

If anyone looks at this right now, it kind of does like a military press and puts their hands up in the bottom position. For most people you’ll see there won’t be a straight line. Your hands will be angled in slightly. So that when you force them to connect through a straight line like that, it puts a little bit of undue stress on the wrists or the elbows. And that makes the shoulders, everything’s connected. And that might not be a huge deal for everybody. But over time if you get strong, five or ten years down the line that is going to add up.

So things like that as you get older you try to be more conscious of that and think about that. So I’ve tried to eliminate the straight bar. And whenever possible use fat grips or custom made fat handles on everything, just because that is a lot safer on your elbows and your shoulders. I spoke with a lot of strongman competitors this year, just trying to do more research and find all this stuff out firsthand from a lot of these guys. And because they always have to press the axle bar and two-and-a-half and three inch diameter bars in competition, they’ve gotten so used to it now. They notice such a tremendous difference that a lot of the guys I know, they say they won’t even press with a regular bar or use a regular bar at all anymore, because it’s so stressful to their elbows in comparison to the fatter bars. And anyone listening, all you have to do is try it one time.

If you press dumbbells with a two-inch, if you’re used to those pencil thin grips that most gyms have and you slap the fat grips on there or go to a gym that has custom made fat handles, you will notice an instant difference in how your elbows and shoulders feel during the workout or the next day. People can prove this to themselves right away. Let’s say you grab a 105-pound dumbbell and try to farmer’s walk with it, versus grabbing a 150-pound kettlebell, which has a fatter grip, you’ll notice that it’s actually easier to hold the fatter grip. Which doesn’t sound like it would make sense, but it just has to do with the length/tension relationship and just the way it kind of sits in your hand.

Those were, I guess, most of the changes. I’m trying to think if there’s anything else I didn’t cover. I guess mobility and flexibility also was something that I myself neglected. I actually had everyone do it, but I personally neglected it too much. So I made it a real goal to get a lot better at that this year. And I do at least a half hour a day, every single day. That’s part of my morning routine, just like brushing my teeth and flossing. I absolutely force myself to do that every day. And I feel a thousand times better. My recovery is better. I can actually squat. Not that I squat heavy that much like I used to anymore, but I can do it deeper with a lot less pain. So that’s been huge for me. I’m trying to think what else.

CRAIG BALLANTYNE: You’re not doing your mobility always right before you train? You’re just doing it any time of the day?

So I end up getting at least a half hour of it in each day. And then before training I might throw in some dynamic stretching and certain activation drills as well. But the other stuff is just part of my morning routine. Like before I even start working now I’ll just go through a whole circuit. And that’s, like I said, it’s just like brushing my teeth now.

That’s all we have for today. Please join us in Part 2 where Jay talks about mobility drills.