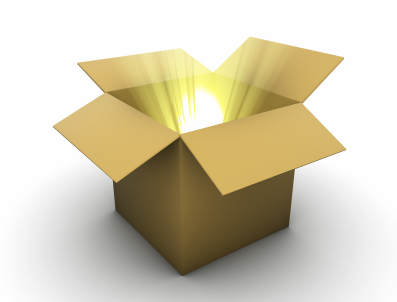 One of the best pieces of lifestyle advice I’ve ever read was in Harry Browne’s book “How I Found Freedom in an Unfree World.” It’s also the best way I know of to make a change.

Harry wrote, “Pay the price to get out of your boxes.”

“Boxes” can come in many forms, but I’m basically referring to a situation you’ve trapped yourself in. Something that’s holding you back, making you unhappy, and preventing you from living the life of your choice.

An example might be that you’re trapped in an unhappy relationship. Or you told a lie and you’re living in fear of being found out. Or perhaps you made some bad investments that are continuing to cost you money that could otherwise be spent on fulfilling your purpose.

Browne’s strategy involves first accepting responsibility for the situation. You’re not saying you’re to blame necessarily, or that what happened to get you in there was fair. But it’s a waste of time to argue those points, because it does nothing but distract you from the solution.

Instead, simply accept that things didn’t work out as you’d hoped. Then sit down, detach from the situation, and figure out what the price is to get yourself out of it.

Every escape-from-the-box comes with a price, and much of the discomfort we suffer is a direct result of trying to avoid that price — or trying to find a way out of the situation for free.

Let’s look at the three examples mentioned above. The price of ending your unhappy relationship might involve the discomfort involved in confronting that person, a shouting match or tears, and maybe even an expensive divorce.

The price of your lie might be the shame you feel upon admitting it, and the efforts you must go to in order to reestablish a reputation of honesty.

And the price of a bad investment might be paying a set of penalties to get out of a contract.

Whatever it is, you can change your situation immediately — or at least within a very short time — by figuring out the price and getting it over with.

If you’re having trouble going through with it, Browne suggests comparing the price of getting out of your boxes with the price you’re paying by staying there. And don’t forget to assess the freedom you’ll enjoy when you’ve ended the unpleasant situation and you’re able to devote that time or resources to the fulfillment of your Purpose.

This strategy is closely related to another brilliant Browne concept called the Previous Investment Trap.

You’re in the Previous Investment Trap anytime you think that time, effort or money you spent in the past must be considered when making a decision in the present.

Have you ever spent a lot of money on a course and then realized it wasn’t for you? But you just kept slogging away even though you knew a different course would suit you better, simply because you paid so much for it?

Or did you ever purchase something you no longer wanted — a stock or a house or a business — but you couldn’t get rid of it because you were waiting for the price to rise so you’d break even?

Here’s the thing. The money you spent on that course is already gone. Are you going to keep spending your time on it too? Or will you chalk it up to lessons learned, and quit immediately so you can spend your time on something more fulfilling?

The money you lost on that house is no longer relevant. The question is what is it worth right now? And what can you do with that money to improve your position if you were to liquidate it immediately and reinvest in something more closely aligned with your goals?

What matters most is what you have at your disposal right now, and what your current resources will allow you to do for the future.

Recognize your losses, accept them and move on. Don’t try to justify past mistakes by dragging on an unfulfilling situation. Look only towards the future and the changes you can make with your current resources.

Paying the price to get out of your boxes, and the Previous Investment Trap are similar, yet important lessons.

They teach you not to get hung up on past mistakes. And to cut the Gordian Knots of your life Alexander-style so you can focus on the productive actions you can take right now.

If you approach life with these tactics in mind, you’ll eventually get into the habit of assessing the price of a situation before you commit to it. And you’ll be spending your time on positive action, on things you can change.

[Ed. Note: Ryan Murdock is the author of “Personal Freedom: A Guide to Creating the Life of Your Dreams.” When not helping people find their own brand of personal freedom, Ryan travels the world’s marginal places as Editor-at-Large (Europe) for Outpost magazine. He recently released his first travel book, called “Vagabond Dreams: Road Wisdom from Central America.”]
Posted in Entrepreneur, Lifestyle, Personal Finance, Wealth, Work and tagged life, Pay, Pay The Price, Ryan Murdock, The Life
This error message is only visible to WordPress admins