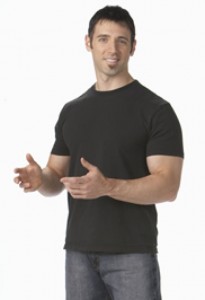 post Dr. John Berardi shared with us the importance of surrounding yourself with positive people. Positive people help your self-confidence because they tend to see the potential in you – even when you might not see it in yourself.

Today he continues on with three forms of social communication that can contribute to your fat loss program.

Craig Ballantyne:  So how we get people to spread fitness like a virus through their network.

Dr. Christakis mentions there are three reasons for this sort of relationship between us and our friends and how we impact each others’ lives. One is called INDUCTION which is where my behaviors impact yours. So I’m actually causing your change.

Another it’s called HOMOPHILY – like birds of a feather they flock together – people who work out a lot tend to group together. So the first one is where I cause a change in your life. The other is where we just get together because we do the same things.

The third thing, it’s called a CONFOUNDING INFLUENCE where basically neither of the two above can describe why we’re impacting each other. So let’s say we both join the same health club. And the health club is really proactive about its members getting in great shape, so they do a much better job than the typical chain gym. And so just by joining that third party, we both get fitter, and we also happen to meet each other there.

So these are some explanations for this type of thing, but I’m a big believer in when we want to improve our lives the first step is not necessarily to do something, but it’s to notice. It’s to pay attention. And there’s a great quote in a book that I read recently, where the guy was just talking about, he was starting a family with his wife. And he just said a lot of people don’t pay attention in life.

CRAIG BALLANTYNE: That is a great answer. We had talked about that at the end of last fall and that was really something I wanted to talk about. And you mentioned three great things. There’s induction, homophily and bounding?

JOHN BERARDI: Yeah. There’re sort of these confounding things, it basically means we don’t really know what factor is causing this relationship. It might be that our community just got a new gym, and that helps everyone get into shape. Alternatively, it might be that there’s a new healthy grocery store that opened up, maybe it’s a Whole Foods or something. And because there’s Whole Foods in town, we’re all getting in shape. So it’s this confounding thing, we just can’t explain it. Again, we have to pay attention.

And probably in our lives all three are at work. There’s probably some induction. We’re probably causing the behaviors of our friends, and they’re causing ours. There is probably some grouping together where we became friends in the first place because of some things in common. And then there’s probably some confounding stuff, and it’s important to explore what that might be.

However, again, the first step in that exploration is admitting. This is hard to admit really, because we are – especially in North America – we’re taught that we’re autonomous individuals, that the decisions we make and the things that we think are because we chose to make them, and we chose to think they by ourselves. Nevertheless, not all cultures believe the same thing. And when we actually study this, we start to realize that, “Well, yes we do make choices, but our network impacts on our thoughts and our beliefs and our actions a lot more than we thought.”

CRAIG BALLANTYNE:  Yes, that’s important. And I’ll just say from personal experience, I’ve been the factor of induction in a lot of my friends. And I always tell people who are on my membership site that is in the situation. I always just tell them you’ve got to be as loud and proud as possible – to steal a phrase from another group in the world – and just go out there and be that change that you want to see – I’m stealing from Gandhi of course. And basically because there’re so many people out there who want the same results.

For example, the person who works in an office with 40 other men and women and they all want to lose – almost all of them probably want to lose weight. However, there’s no one there who just steps up and takes the lead.  And I always just tell people, “If you just step up and take the lead you’ll be surprised by how many people will follow you and become a positive change.”

And another great comment you had that was about taking notice. I was in a coaching program here in Toronto for building my personal vision.  And a gentleman, Dan Sullivan, who runs theprogram.  He gave this quote which is very applicable to what you just mentioned. He said, “Our eyes only see and our ears only hear what our brain is looking for.” And I think that’s a powerful quote connecting when something comes into your space, and you’re looking to change then you’re going to see that.

That’s all for today. Join me in part 6, were the doctor discusses a technique for promoting fitness change in your lifestyle.