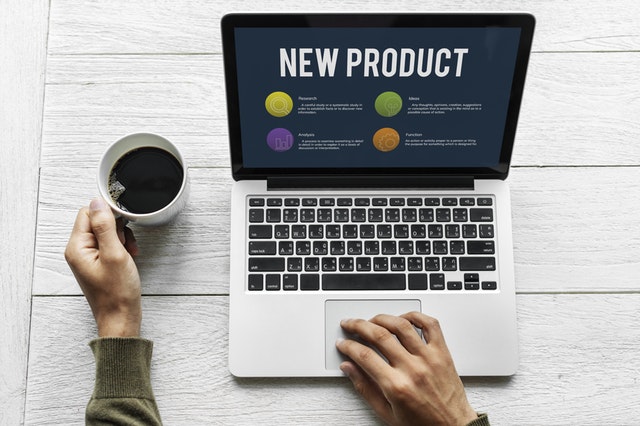 They’re usually handwritten on lined paper – pages and pages of “things to do” with no way to sort out what’s important.

I used to do that. But I was never able to accomplish my long-term goals that way.

I doubt those people do, either.

The time-management system I use now is more detailed. And it takes a bit more time. But it works. I mean it really works.

Prior to using this system, I was able to accomplish my main goal, which was about achieving wealth. But I was forever putting off my other life goals. Had I still been writing down yearly resolutions and daily task lists, I am sure I would have continued to add to my net worth. But I doubt I would have done much if any of the following:

But my life was speeding by without any hope of being able to look back and think, “I did everything that was really important to me.”

Most people you meet on the street don’t like their jobs, are unhappy with their family life, and want more money. They believe that if they could just do this or that, everything would be better.

Winning the lottery would make it all okay. At least that’s what they think. But the truth is otherwise. Unless you live your life according to your core values, no success will be enough to bring you joy.

So before you attempt to set your goals, you have to spend some time determining your core values. What do I mean by core values? I mean the feelings you have about good and evil that are buried deep within your heart.

What does goal setting have to do with core values? It’s all about ensuring your long-term happiness. If you set goals that contradict your core values, you will wake up one day and say, “I did everything I said I wanted to do. But so what?”

You don’t want to end up being yet another highly successful but fundamentally miserable person – a fate so common it’s become a cliché. Here’s how to make sure that doesn’t happen…

Begin by imagining a funeral. It is taking place in an elegantly appointed room. The room is full of friends and family members who have assembled to talk about the deceased. You look around. You begin to recognize faces. “Who is the deceased?” you wonder. You look at the casket. Good grief, it’s you!

So what are the people at your funeral saying about you?

Imagine specific people:  a parent, a sibling, a neighbor, a business associate, and even a stranger. Don’t be vague about this. Think about individual, real people. And imagine them making very specific statements.

It’s not enough to imagine your nephew saying something like, “She was a generous woman.” You need to imagine a second, qualifying sentence, such as, “She always sent me expensive birthday presents.”

And be honest. Don’t sugarcoat the pill. Say it like it is. For example, your neighbor might be saying, “I thought he was a very inconsiderate person. He never picked up the mess when his dog crapped on my lawn.”

Imagine everything the people at your funeral could truthfully say about you. And then think about the way their words make you feel.

If you don’t feel good, it means that in those relationships at least, you are not living your life according to your core values.

Now, for every negative statement you just imagined, ask yourself, “What would I like this person to be saying about me?” The answer to that question will reveal your core values for that particular relationship.

The goal of this exercise is to create a set of about a dozen statements. Each statement will be an indication of what you think is important in a particular area of your life.

Let’s say you imagined someone saying, “He was always struggling to make ends meet.” That statement would make you feel bad, right? So then you imagine what you would like that person to say about you. You might come up with, “He struggled for a while, and then everything changed. He became very successful and died a wealthy person.” If that statement makes you feel good, it’s reasonable to say that acquiring wealth is a core value for you. And you would write it down like this: “I believe that financial success is a valuable and admirable accomplishment.”

A Guaranteed Way to Achieve Your Long-Term Goals

To be more productive and achieve more at work and in your personal life, you must begin with long-term goals that correspond to your core values. From that good start, you must establish yearly, monthly, and weekly objectives. Based on those objectives, you create daily task lists. Doing all that will help greatly. But if you want to really change your life, you have to learn how to prioritize your long-term goals relative to everything else in your life.

My most important lesson in this respect came from Stephen Covey’s book The 7 Habits of Highly Effective People. Covey presented a technique for prioritizing that impressed me… and became a central part of my planning process. (I have since heard that he got this idea from someone else, but that’s beside the point.)

In the “non-important and non-urgent” category, you’d put such things as:

* Using your lunch break to shop online for personal items

In the “non-important but urgent” category, you’d include:

* Finding/hiring a caterer for an office party

* Attending a required meeting that doesn’t help your career

In the “important but non-urgent” category, you might include:

* Learning how to write and/or speak better

* Working on your novel

* Getting down to a healthy weight

* Making last-minute preparations for an important meeting with the boss

When you break up tasks into these four categories, it’s easy to see that you should give no priority at all to “non-important and non-urgent” tasks. These tasks should not be done at all. They are a waste of time.

Even worse is spending time on tasks that are “non-important but urgent.” These are things that should have been dealt with long before they reached the crisis stage.

The “important and urgent” tasks must be done, so you have no choice. They have to be on your list of priorities for the day.

But it’s your “important but non-urgent” tasks that have to be at the top of your list. Why? Because these are the tasks that will get you closer to achieving your life goals. And because they are “non-urgent,” you will keep pushing them aside unless you make a commitment to do them first.

Do the Most Important Work First…

Doing first things first is a simple discipline, but its transformative power is immense. So do this right now:

* Contemplate your future by dreaming your best dreams, identifying your core values, and then creating from them your life goals.

* Break down your life goals into five-year objectives.

* Break down your five-year objectives into objectives for the coming year.

* Break down your yearly objectives into monthly and weekly task lists.

At the beginning of every week, you’re going to take a look at your weekly task list and break it down into daily tasks.

Then you’re going to…

Do that first task before you get to work. If you can’t do that, come in an hour early so you can get it done before you are likely to be disturbed. If it helps you give it your full attention, keep your office door closed. When you’re done, you can get to work on the rest of your daily list. And although you will have already spent an hour working hard, you will be charged with energy because you will know that you are one hour closer to achieving one of your lifetime dreams.

Posted in Articles, Wealth
This error message is only visible to WordPress admins