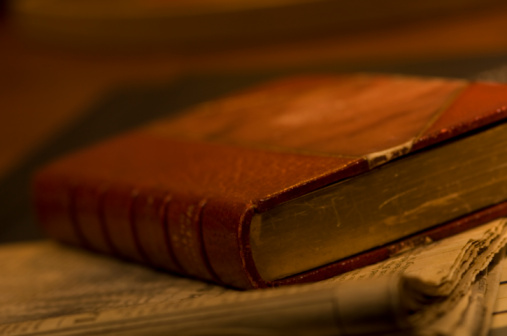 The belief that governments perform socially useful functions which deserve your support is a trap.

The belief that you must obey a moral code created by someone else is a trap.

And the belief that your rights will make you free is a trap.

Whether or not you agree with these opinions, I bet they shocked you. And I bet you sat up and took notice…

The source of these statements is a cult classic when it comes to personal freedom. It’s called How I Found Freedom in an Unfree World by Harry Browne. And it sure shocked the heck out of me the first time I read it!

I was given Browne’s book by a mentor when I was 25. I was studying at university, but still living with the conservative small town values I’d taken on without thinking. And many of those values were limiting me.

You see, we all start life with a pile of unexamined beliefs…

We form our beliefs about the way the world works from a variety of sources: the way our parents interact with the world, our family dynamic, the opinions of our friends, the influence of teachers and the culture we’re immersed in.

And that’s a problem, because these people formed their beliefs in the exact same way. They got them from other people who were plugging away doing the best they could, each with his or her own set of baggage, emotional traumas and unquestioned beliefs.

In reading How I Found Freedom in an Unfree World I came to understand that, if I based my life on the programming of the people who came before me, I would end up with the same kind of life.

I didn’t want an unhappy dysfunctional marriage like my parents. I didn’t want the limited opportunities of those who remained in my small hometown. And I didn’t want to be trapped in a job that forced me to conform to someone else’s opinion of how early I had show up, how long I had to stay, and how much money it was possible for me to earn.

Harry Browne taught me to question everything. All those assumptions I had grown up with. All those things I’d taken for granted. And that was the greatest lesson I got from his book.

Of course I didn’t agree with everything he wrote. But he prompted me to sit down and really assess my life. And that act of questioning — and of deliberately deciding rather than passively accepting — allowed me to start creating my own life.

I realized so many of the things I assumed were “a given” — beliefs I’d taken on without thinking about them — were opinions, and they didn’t fit the life I wanted to create.

Instead, I could choose my own beliefs. And I could build my own template that would free me to create the life of my choice.

But I don’t just want to discuss the benefits of this brilliant book. I’d like to give you a Harry Browne concept you can apply right now. This insight alone probably helped me more than anything else in the book. It’s called the Box Trap.

According to Browne, a “box” is any uncomfortable situation that restricts your freedom. Something that’s holding you back, making you unhappy, and preventing you from living the life of your choice.

You’re in the Box Trap when you assume that the cost of getting out of a bad situation is just too big to consider.

Maybe you’re trapped in an unhappy relationship. Or you told a lie and you’re living in fear of being found out. Or perhaps you made some bad investments that are continuing to cost you money which could otherwise be spent on fulfilling your Purpose.

Browne’s strategy is first to accept responsibility for your situation. You’re not saying you’re to blame necessarily, or that what happened to get you there was fair. But it’s a waste of time to argue those points, because it does nothing but distract you from the solution.

Instead, simply accept that things didn’t work out as you’d hoped. Then sit down, detach from the situation, and figure out what the price is to get yourself out of it.

The price of ending your unhappy relationship might involve the discomfort involved in confronting that person, a shouting match or tears, and maybe even an expensive divorce. The price of a bad investment might be paying a set of penalties to get out of a contract. And the price of a lie might be the shame you feel upon admitting it, and the efforts you must go to in order to reestablish a reputation for honesty.

Every box comes with a price, and much of the discomfort we suffer is a direct result of trying to avoid that price — or trying to find a way out of the situation for free.

The fastest and most direct way to make a change in your life is to figure out the price and pay up. You’re going to have to pay that price eventually, and dragging it on won’t help you to create the life of your dreams.

Browne’s classic book gives very direct advice about how to reframe and take action on so many important life topics:

But even if you only apply the Box Trap strategy we discussed today, it will help you see through seemingly insurmountable problems so you can take direct action.

That’s the path to freedom, and to creating the life, business and relationships of your dreams. And it starts with questioning everything — especially those foundational beliefs that you assumed were set in stone.

That’s why I reread How I Found Freedom in an Unfree World every 3 years. It keeps me honest and keeps my progress on track. I hope it will do the same for you.

[Ed. Note: Ryan Murdock is the author of Personal Freedom: A Guide to Creating the Life of Your Dreams. When not helping people find their own brand of personal freedom, Ryan travels the world’s marginal places as Editor-at-Large (Europe) for Outpost magazine. He recently released his first travel book, called Vagabond Dreams: Road Wisdom from Central America.]

Ryan Murdock is the author of Personal Freedom: A Guide to Creating the Life of Your Dreams. When not helping people find their own brand of personal freedom, he travels the world's marginal places as Editor-at-Large (Europe) for Outpost magazine. His first book is called Vagabond Dreams: Road Wisdom from Central America. He lives on the small Mediterranean island of Malta.]