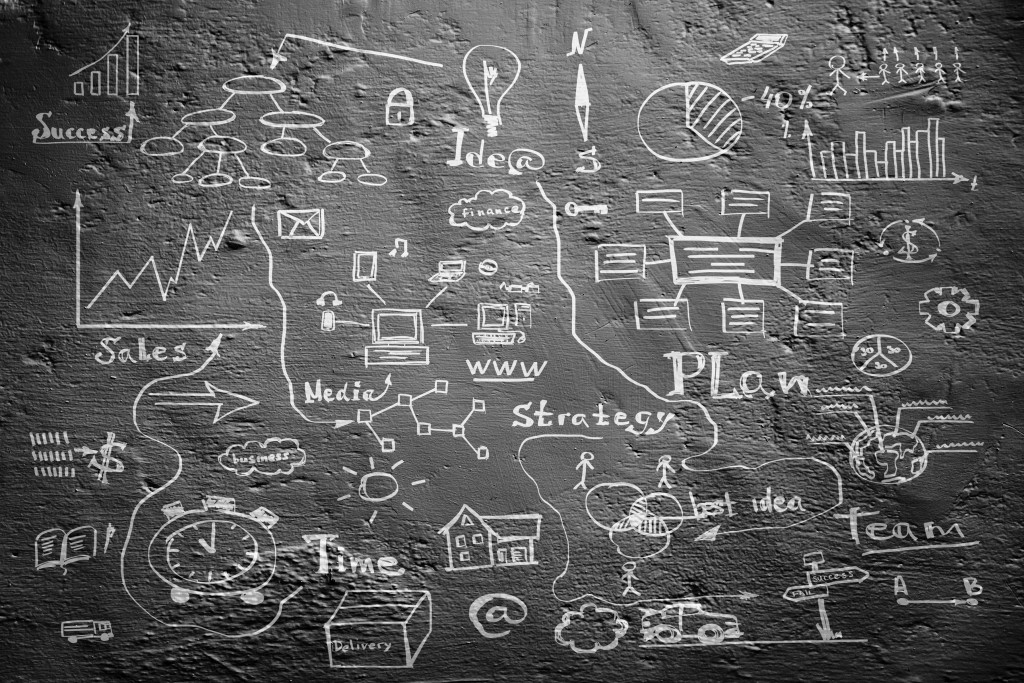 I promise I’m not writing this because I have a deadline.

Or, well, I actually kind of am.

See, I’ve found that my output depends almost entirely on my level of commitments (either internal or external).

Consider it kind of a reverse Parkinson’s Law. Parkinson’s Law states that a task will take exactly the amount of time you have budgeted. In this version, I posit that: You will write, produce, do, and turn in more if you have regular, standing commitments that you’d feel bad about breaking.

In The 33 Strategies of War, Robert Greene talks about the “death ground strategy” — that when soldiers have no escape, or are backed into a corner, they fight better and are often impossible to defeat. In it he quotes Sun-Tzu, author of The Art of War: “When warriors are in great danger, then they have no fear. When there is nowhere to go, they are firm, when they are deeply involved, they stick to it. If they have no choice, they will fight.”

This is something we can recreate in our own life. We can make big commitments to produce work — commitments that might seem beyond our limits — and use our desperation as a fuel to power their fulfillment.

The question is: why would you make commitments that stretch your capabilities in the first place? Well that ties into the second thing I have learned. Quantity increases quality.

With creative work, we can get bogged down with perfection — endlessly tinkering and improving, but only as an excuse to delay publishing. Steve Jobs, on the other hand, was notorious for demanding perfect products but also backing the projects against hard ship-dates. In other words, he put his engineers on a Death Ground and they had to fight for their survival —accomplishing more than they thought possible in the process.

We can and should tap into that with our own work, whatever we happen to do.

On my blog, where I can publish as much or as little as I like — I barely squeeze out a post a month. I never feel inspired, I never feel like I have time, I make a million excuses. For Thought Catalog, where I’m asked to contribute one article per week, I almost always hit my mark (and end up with ideas I never would have written otherwise). If I sell a book proposal,I’m going to find time to work on the book — even if I had otherwise felt that my schedule was booked. If I put a writing project on my to do list and schedule the time, I’m going to get a lot more done than if I just waited for inspiration to strike. These external deadlines remove the resistance that may otherwise prevent me from getting stuff done.

At the end of the day, to get good at what you do you have to put thousands and thousands of hours in. But those thousands of hours can’t all happen hidden in your cave like Demosthenes (the Athenian Orator who shaved half his head so he’d be too embarassed to do anything but practice alone). Ultimately, putting your work out — in front of people — is how you grow the most. You get feedback, you develop an intuition for the audience, you learn about your own tastes and preferences.

This is a hurdle young creatives must learn to get over. Ira Glass’ (from This American Life) quote is so good here, I’ll post it in full:

Nobody tells this to people who are beginners, I wish someone told me. All of us who do creative work, we get into it because we have good taste. But there is this gap. For the first couple years you make stuff, it’s just not that good. It’s trying to be good, it has potential, but it’s not. But your taste, the thing that got you into the game, is still killer. And your taste is why your work disappoints you. A lot of people never get past this phase, they quit. Most people I know who do interesting, creative work went through years of this. We know our work doesn’t have this special thing that we want it to have. We all go through this. And if you are just starting out or you are still in this phase, you gotta know its normal and the most important thing you can do is do a lot of work. Put yourself on a deadline so that every week you will finish one story. It is only by going through a volume of work that you will close that gap, and your work will be as good as your ambitions. And I took longer to figure out how to do this than anyone I’ve ever met. It’s gonna take awhile. It’s normal to take a while. You’ve just gotta fight your way through.

The same goes for marketing and consulting work: If I sell a certain amount of time or a set of a services, I’ll make it work. If I am just sitting here, thinking about how much time I have for stuff, I feel like I’ll never get it all in. I actually prefer to have someone sell my services for me on commission, because they’ll always push harder than I will. And I will get better and grow in my struggle to meet all those demands.

The point is: our limits are often illusionary. Slovenian cyclist Jure Robic, who may been the world’s greatest endurance athlete, is proof of this. He was also “insane,” which may have contributed to his ability to train 335 days a year in addition to his races.

According to The New York Times, researchers in the 1800s began noticing a link between mental disorders and greater-than-ordinary athletic feats. The German surgeon August Bier once found the long jump of a mentally ill patient measured up near the then-current world record. In the years since, scientists have found links that show that fatigue is at least partially controlled by the brain and central nervous system — and that our actual physical capabilities stretch beyond this.

This is all to say — that resistance you’re feeling? Part of it is just in your head. We have to put ourselves in a position to challenge it. We have to create situations which force us to do more and more and more to see what we’re really capable of. The result is that we’ll improve with each attempt, and like Ira Glass explained, our output will begin to approach our demanding tastes over time.

You can be good at more than one thing. Or you can get really good and master one thing. But either way, the path is clear: lots and lots of work. Think quantity before you give yourself the cop out that “quality” often is.

It’s something I’ve learned over and over again. The more deadlines I set for myself–both internal and external, the more I’m able to produce. It’s the best way I’ve found to prevent lame excuses like “lack of inspiration” or “lack of time” from creeping in. So give yourself some deadlines or force others to set them for you, and when you feel the resistance coming on, think of what Jure would do and sign yourself up for more than you think the body is even capable of taking.

Ryan’s latest book, The Obstacle Is The Way: The Timeless Art of Turning Trials into Triumph was released by Penguin on May 1st. He is also the bestselling author of Trust Me, I’m Lying and Growth Hacker Marketing. Ryan is currently an editor at large for the New York Observerand contributes to Thought Catalog from his home in Austin, Texas.

[Ed Note: Ryan Holiday is a media strategist and prominent writer on strategy and business. After dropping out of college at nineteen to apprentice under Robert Greene, author of The 48 Laws of Power, he went on to advise many bestselling authors and multiplatinum musicians. He is the director of marketing at American Apparel, where his campaigns have been used as case studies by Twitter, YouTube, and Google and written about in AdAge,the New York Times, and Fast Company.]