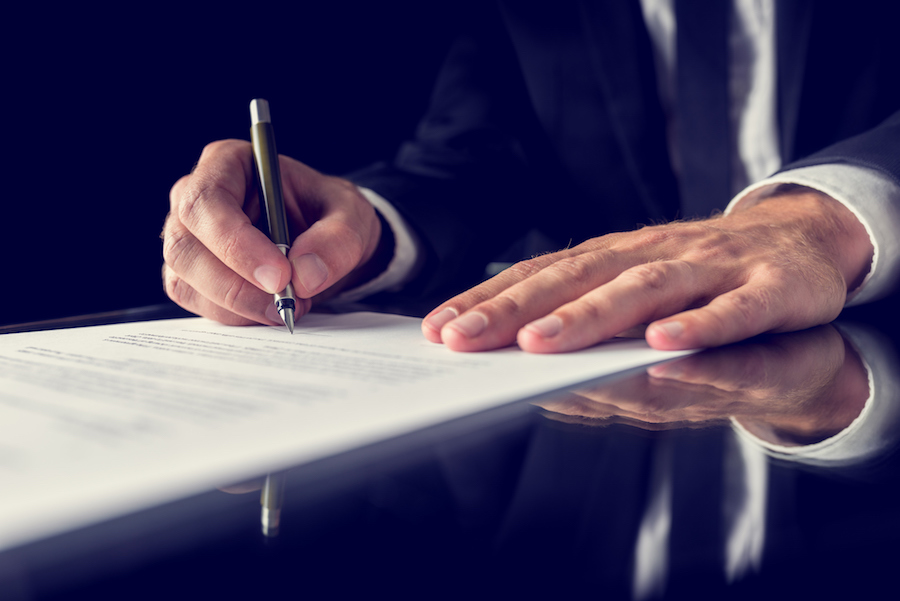 Understanding the five tactics of a sale will help you avoid ‘Must Act Now’ invitations (and risky investments).

An “urgent” email I got from the CEO of small movie production company I have a small stake in read,

…Growth is so good that we’re struggling to keep up. We find ourselves in a cash-strapped position created by cash-flow issues (specifically, the production and printing of books required to meet our growth), so we’re exploring our options to ensure we do the right thing for our authors and community.

There’s a strong probability that a pool of Hollywood executives will invest about $500,000 in our business within the next few weeks.

$500,000 creates the working capital we need to bridge our cash flow gap and then some. By using this cash to grow, we’ll be able to pay back these investors—with a nice return on top.

We’ve been doing this already for our early investors—in fact, last year, we returned 47% of profits to our funders.

That’s why this opportunity is closing very soon. There is huge interest in it, and we definitely won’t need this money forever.

If you want to become a shareholder in an amazing and growing business, you need to respond immediately—like today. I’m sending this to you because you are a friend and colleague, and I wanted you to have first shot at it.

As a teacher of sales and marketing, I was impressed with the pitch. It had all the required components. A big promise, a story to make it more real, several relevant “facts” to back up the promise, a “velvet rope” invitation, and a sense of urgency.

As an investor, I had a different response. I responded immediately. I said no.

There were a number of small indicators in the email that made me doubt the promise and the proof. But the no-brainer no-thank-you for me was the requirement to act “today.”

When someone tells me I have to make an investment decision quickly, alarm bells ring in the planes of my limbic brain.

I’ve fallen for urgent investment deals in the past. None that I can remember worked out well.

Creating a sense of urgency is a time-honored selling technique. It is used by marketing and sales pros from top (private jets) to bottom (used cars). It’s also a very common technique used by the investment industry.

It’s simple: control your days. Whether you’re 21 or 71, the reason your business hasn’t taken off is because you haven’t mastered the art of the perfect day.

I’m not saying there aren’t good deals that require an urgent response. I’m saying, in my experience, nine out of 10 of them are bogus.

So my default position when “given an investment opportunity” with an urgent deadline is to ignore the call for action and politely explain how much time it would take me to analyze such a deal. Most of the time, that’s all I need to say.

Saying no to all act-now opportunities might mean I’ll miss out on a good deal from time to time. But my goal as a wealth builder is not to get in on every good deal. My goal, as always, is to invest in deals where there is little or no chance of losing my money!

When you first say no to a great but urgent moneymaking opportunity, you may feel conflicted. You may fear missing out on something that could be a once-in-a-decade deal. But after you’ve done it a few times, that anxiety will diminish or disappear. You will look at deals like passing trains. If you miss one, another will soon be coming by.

Okay, that’s the most important takeaway, but let’s take this a step further.

Let’s look at the techniques he used to make his pitch so enticing. Let’s take a look at them so you will be alert to them the next time someone comes to you with an urgent opportunity.

The Anatomy of a Sale

In his email, my CEO “friend” and colleague used a thinly veiled suite of marketing tactics that—however impervious I was to them—will work on most prospects.

So if you are interested in becoming a better marketer, here’s a chance to learn something that can improve your game.

Let’s begin with the promise.

We’ve been doing this already for our early investors—in fact, last year, we returned 47% of profits to our funders.

The CEO, here, is conveying an indirect promise: that my investment might give me a return as high as 47%.

And notice: The promise isn’t 50%… It’s 47%. That precise number, not rounded, makes the promise more believable. It doesn’t sound made up. It sounds like it came from a spreadsheet—perhaps even an audited spreadsheet. That’s the power of specificity.

And finally, scarcity and urgency are created very efficiently with this:

There’s a strong probability that a pool of Hollywood executives will invest about $500,000 in our business within the next few weeks.

My friend the CEO is giving me a big opportunity that I’m very lucky to be offered, because the last time this was done, investors made a huge return. Of course, the insiders already know about this and are begging to get in. So I must act now!

Since I’ve long ago learned never to “act now,” I don’t have to worry about what I should do.

But after spending a few more minutes looking at the email, I find some problems with the pitch.

The promise is definitely big. And it is also specific. But is it believable?

It’s impossible to say for sure, but you have to ask: If this business has been doing as well as the CEO says in the beginning of the pitch, why are they running out of money now?

Then you have the story about “the Hollywood executives” clamoring for this deal. He doesn’t give you names. But it would be nice if he did. You could call them and see what they think.

As far as scarcity and urgency are concerned, his proof is vague at best. Again, it is this unnamed group of Hollywood executives and their commitment isn’t certain. It’s a “strong probability.”

This is the language of a certain type of selling. In common parlance, it is called bullshit.

I’m not knocking these techniques. Salespeople—whether working for the biggest companies or slinging watches on a street corner—have been using these tactics for centuries.

Most do it to bring in new customers. When done honestly and well, it spurs commerce and leaves everyone richer and happier. But make no mistake—all the wealth stealers out there who want to separate you from your hard-won money use these same techniques.

Some of these techniques were identified and explained in Robert Cialdini’s best-selling book, Influence.

It’s not by any means the final word on sales and marketing (although many journeymen think so). But it is good.

In Influence, Cialdini breaks down six core psychological “Weapons of Influence” that marketers and salespeople use

Becoming familiar with these six marketing tools (as well as others mentioned above) will make you a better entrepreneur and marketer. But more important to me today is that they could make you a much better investor.

Wealth seekers who swing for the fences sometimes get lucky. But most of the time, they strike out.

If you want to get wealthy the way I did—very, very safely—you will learn to recognize sales techniques and resist them… most especially the trick of creating a false sense of urgency.

About the Author: Mark Morgan Ford was the creator of Early To Rise. In 2011, Mark retired from ETR and now writes for the Wealth Builders Club.

Posted in Articles, Entrepreneur, Wealth and tagged marketing, sales, sales tactics
This error message is only visible to WordPress admins