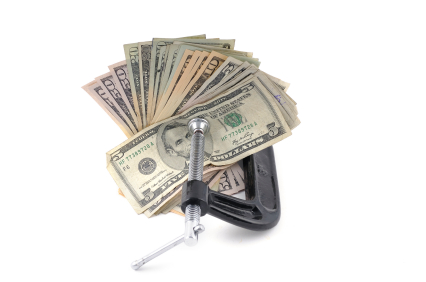 Recently I wrote an essay about protecting your wealth by using stop losses, diversification, legal strategies, and tax planning.

I thought it was a good essay. It covered, I thought, everything I knew on the subject. But I’ve been thinking about it since then and realized that there was one important idea I did not include. It is perhaps the most important idea.

You see, the essay was in response to a reader who was obviously afraid of losing the wealth he had. The fear of losing something you value is completely natural. And it is also healthy as long as the fear is not too great. But when fear is great – and I sensed that for this person it was – it can be destructive. Unbridled fear produces two negative responses: immobility and rashness.

When you fear too much, you won’t take the positive actions you suspect you should. When opportunities are presented, you’ll shun them for fear of the potential dangers and downsides.

Tim Mittelstaedt, a research analyst at The Palm Beach Letter, sent me the following note after he read the first draft of this essay:

I’ve wanted to buy rental real estate since high school more than 13 years ago, but fear has prevented me from doing it all of these years. And at times I’ve wanted to start a business, too, but fear got in the way. Do you have ideas on how I can overcome my fears?

Tim isn’t alone. Years ago, when gold was trading at around $500 per ounce, fear was the reason why so many of my friends and colleagues were afraid to invest in gold despite my urging them to do so. It is the reason that many Palm Beach Letter readers are ignoring my advice to buy real estate now.

It’s important to remember that the major media are almost always wrong about investing. When prices skyrocket, they write stories about people making money. When prices drop, they write stories about people losing money. Most readers have a hard time disbelieving the major media. They wonder, “How could all of these pundits on TV be wrong?” So they stay on the sidelines, waiting for positive confirmation from their favorite newspaper or television channel. But that never comes until it is too late.

Some investors who don’t trust the major media are fearful, too. They are persuaded by what they read in the alternative press about government debt and worldwide economic collapse. So they put all of their money into gold or bury it in their backyards. And when gold soars, they are afraid to cash in and invest in the stock market. The end result is just as bad for them as for those who foolishly trust the mainstream media.

I see how fear impoverishes people in the world of business all the time. Smart, hard-working people who want desperately to quit the nine-to-five routine and start their own businesses fail to do so because they can’t get the threat of failure out of their minds. I spent 10 years writing books and essays on entrepreneurship and taught hundreds of thousands of people the secrets to business success. But only one in 10 was actually successful. When I met them at conferences and got to know them, the reason was obvious. They were simply scared.

If you fear losing money too greatly, you will never implement the knowledge you gain. You may invest money in investment education – thousands and thousands of dollars over time – but you won’t put the ideas you learn into action. Instead, you will do only the few things you are comfortable with. As a result, you will make no progress toward your wealth-building goals.

So that’s what I want to talk about today: how to make friends with your fear of losing money.

This is how I did it.

I was 26 years old. I was halfway through a two-year Peace Corps stint as a teacher of English at the University of Chad. (Chad is in Africa.) My new wife and I were living in a three-room, plaster-coated mud house. We had no kitchen, and the bathroom was a latrine.

But we had a porch that overlooked a garden of Eden frequented by a family of monkeys and a dog that barked at them insanely when they hung over the roof, begging for food. We also had neighbors who became lifelong friends. On weekends, we had parties at which African friends and Peace Corps volunteers would drink copious amounts of Gala beer and dance madly until the sun rose.

I was sitting on that porch one afternoon, sipping whiskey, when it suddenly occurred to me that I would never have a nicer house or a nicer life than I had right then. I knew or I sensed that one day I’d be wealthy and live in a mansion and all that, but I knew that it would never be better than the plaster-coated mud house.

So I said to myself, very consciously, “Mark, life will never be better than this.” I said that because I knew that when I started making big money, I would become afraid of losing it, and I somehow knew that the fear of losing what I didn’t need could hurt me. I didn’t want that kind of hurt.

My intuition was right. I came back to America and became a writer for a newsletter on Africa. Six years later, I was a multimillionaire. I bought a $170,000 house and then a $550,000 house and then a $5.5 million house. But I never forgot the truth I had discovered then. I have loved all of the houses I’ve owned since then, but none better than that first house, which I could have bought for $1,000.

That thought helped me a great deal over the years, and it still helps me today. Whenever the fear of losing wealth invaded my consciousness, I was able to remind myself of how little I really needed to be happy.

So now, when I get that fear – and I have it from time to time I simply remember how beautiful my life was when I was making $50 a week and living in a $1,000 mud house.

Warren Buffett seems to understand this, too. In fact, he’s famous for still living in a house he bought 50 years ago for $31,500. He enjoys his wealth, but he doesn’t fret over it. He makes better financial decisions because he doesn’t let the fear of loss control him.

You may be thinking, “That’s fine for you to say. You are rich. You can afford to lose money.”

But that’s exactly my point. Because I am not afraid to be poor, I don’t make foolish mistakes born out of fear. I don’t let good investments – investments that are sound and well-priced – pass me by. And I don’t put all of my eggs in one basket. But I do take action.

That’s what I forgot to tell this reader: The most important secret of wealth preservation is to make peace with your fear of becoming poor.

To make friends with fear, you have to imagine yourself living a simple life, one that can be supported by a modest income, enjoying your work and the time you spend with your family and friends. Imagine that until you feel comfortable with it. What will happen is that your anxiety will disappear and, counter-intuitively, you will make better financial decisions.

If you are scared to start a business, imagine yourself failing. Then imagine feeling okay with it. (You will be okay financially if you have limited your investments as I recommended in the last essay.) Imagine yourself smiling to your spouse and saying, “Well, that didn’t work out.”

If you are scared to invest in the stocks we are recommending, imagine your portfolio dropping 25%. (It won’t, but you must imagine it.) Imagine yourself thinking, “Okay, I’ve been stopped out. Now I will pick myself up and start over again.”

If you are afraid of investing in real estate, imagine the worst thing that could happen. You sell the property and take a 10% to 15% loss. (This is highly, highly unlikely.) Imagine yourself being okay with that.

In other words, do everything I suggested in that essay. Use moving stop losses to protect your performance portfolio. Diversify your investments to include debt instruments, precious metals, and real estate. And take full advantage of legal structures and tax-minimization strategies. But don’t live in fear. Life can very sweet and rich in pleasure – even if you do lose money, which will probably not happen if you aren’t afraid.

[Ed. Note: Mark Morgan Ford was the creator of Early To Rise. In 2011, Mark retired from ETR and now writes the Palm Beach Letter. His advice, in our opinion, continues to get better and better with every essay, particularly in the controversial ones we have shared today. We encourage you to read everything you can that has been written by Mark.]
Posted in Personal Finance, Wealth and tagged conservative, fear, finance, losses
This error message is only visible to WordPress admins