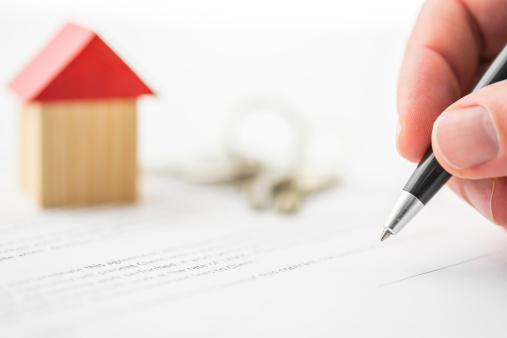 A Consumer Reports survey revealed that 86% of people who had wills or other estate documents had not updated them within the past five years. Out-of-date estate plans can wreak havoc on your family.

Much can happen in five years. For instance, last year Congress made major changes to the gift, estate and GST taxes. Your plan may not fully take advantage of these changes… to your family’s loss. You can end up wasting valuable exemptions or paying unnecessary taxes.

Your family will also change in five years. By not updating your will, you can inadvertently disinherit new children or grandchildren. Or the straight-A son you named as successor trustee could develop a gambling addiction. Would you want him handling your affairs? Would it be wise to leave him an inheritance outright that he will squander?

Finally, your assets change. I knew an elderly man who had several million dollars worth of farmland and an equal amount of Enron stock. His trust gave the farmland to one son and the stock to his other son. Hopefully, he changed his trust after Enron went bust. Otherwise, he accidentally disinherited his second son.

Your estate plan should address what happens when you die or become incapacitated. You set up your estate plan using what we call the “hard structures” of your family.

Let’s be frank. Nobody likes thinking about death. USA Today recently reported that 71% of adults in America under the age of 34 do not have a will. And 41% of aging baby boomers do not have one. According to the BBC, only 3 in 10 people in Britain have a will.

But those of us with family can’t afford to avoid reality, no matter how uncomfortable it may be. As Bill puts it, lasting family legacies are rare. If we do things like everyone else, we will get the same results as everyone else. If we are serious about making our legacies last, we have to go against the crowd and take the road less traveled.

What Happens If There’s a Family Emergency?

Estate planning is not just for old, rich people. It is also for folks who don’t think they have any wealth to pass on.

A client recently died. She was the income beneficiary of a large trust established by her father. But she didn’t think she had many assets of her own. So she didn’t plan and died without a will. This was a huge mistake. She had working interests in oil and gas leases in five counties, wheat in the local grain elevator and various investment accounts. Some of the accounts did not have beneficiary designations.

Most young people don’t think they need an estate plan, either. Death is far off. They’re often not married and have no children. They often don’t have many assets. But they are also making a big mistake not writing a will. Even an 18-year-old college student needs an estate plan. His plan will be different from yours. But he still needs one.

Suppose your 18-year-old daughter gets hurt in an accident and is rushed to hospital. You find her in a coma after driving five hours to see her. The hospital needs to make important medical decisions. But the hospital staff won’t talk to you. They won’t even tell you what’s going on because your daughter is an adult. You don’t have legal authority to receive information or make decisions.

In this case, the hospital – not you or your spouse – will make all the decisions on your daughter’s behalf. All because your daughter didn’t have a medical power of attorney.

Although she is recovering, you need to cancel her apartment lease and move out her belongings. But your daughter’s landlord won’t talk to you or let you into the apartment. Again, your daughter is an adult. You have no legal authority to act on her behalf because she didn’t have a durable power of attorney.

If you had only taken her to your family attorney after she turned 18, you would have avoided these painful and frustrating issues.

You don’t need an emergency for powers of attorney to be helpful either. Say your son is traveling for the summer. If he stipulates it, you could pay his bills, replace a lost debit card for him or sign a new apartment lease.

But most young people don’t think about these kinds of considerations. They are too busy living life. Death or disability is beyond their horizon. So you will need to help them by explaining what’s at stake and taking them to see the family lawyer.

Your adult children also need a will. They probably have more assets than you realize. Especially if you have been giving them annual gifts to take advantage of the $14,000 annual gift-tax exclusion. They may also have employee benefits such as life insurance or 401(k) plans. They probably have a vehicle, too.

If, God forbid, a child died, and he didn’t have a wife or children or a will, you would inherit his estate. Until he marries, a better plan may be to leave his wealth to his siblings through a will. After he marries, he will have his own family to provide for.

Young entrepreneurs especially need estate planning. Preferably before an ambitious project makes it big. Prior planning can save millions in taxes.

The Wall Street Journal recently reported on how a young executive is planning his estate ahead of his firm’s initial public offering. Jack Dorsey, age 36, is Twitter’s chairman. Dorsey holds 2.4 million of his 23.4 million shares of Twitter in an annuity trust. The trust was set up in 2010 when Twitter’s stock value was less than $2. If the IPO’s offering price is $28 a share, the annuity trust will allow Dorsey to transfer up to $62.4 million ($26 x 2.4 million) tax-free to his children. But if Dorsey had set up a dynasty trust, his 2.4 million shares would pass tax-free to all his future generations.

I recently spoke with a fellow member who did something similar. Years ago –when he realized his software company was going to make it big – he set up an offshore structure to hold his business. His foresight saved his company millions of dollars in taxes over the last 20 years.

These tax savings didn’t happen by accident. They resulted from foresight and planning… when these men were young. Teach your children the habit of planning their estates. It’s vital to the health of your family.

It’s not enough to make a plan and then let the documents gather dust in your file cabinet. Before you know it, you will become one of the 86% who hasn’t read their will or trust in five years.

To avoid becoming an “eighty-six percenter,” give your estate plan an annual checkup. Pick a date and put it on your calendar. Do it before the end of the year, preferably no later than November, so you will have time to make time-sensitive changes. Many tax-related things – like making gifts – must be completed by the end of the year.

The checkup doesn’t need to take long – especially if your family didn’t experience major life events during the year. But active families usually have many irons in the fire. And more things can happen than you realize.

Encourage your kids to do an annual checkup also. Updating a will is not usually included on a wedding checklist. But it should be. Unfortunately, assembling the guest list… and picking the color of the flowers usually gets more attention. But an estate plan checkup will catch the oversight and get the young couple into the lawyer’s office.

Here is my recommended checklist for your annual checkup.

Read your will and trusts

Reading your will and trusts will remind you if something changed in your life that needs to be dealt with. Marriages, births, divorces and deaths are major life events that could change your plans. You may need to remove beneficiaries or name new successor trustees, executors or agents. Even if nothing major changes, reading your will and trusts helps you remember what’s in them.

Are the named agents still who you want them to be? Every three years or so, consider executing new directives – even if nothing needs to change. Some financial institutions will not honor powers of attorney that are too old.

Ask your accountant or lawyer if there were any changes to the tax code that may affect your estate plan. I recently reviewed a trust that was set up 30 years ago. It was drawn up when the lifetime exemption for gift and estate taxes was only $600,000. The trust was woefully out of date. Failure to keep up with changes in the tax law can cost your heirs millions.

Prepare a net worth statement and estimate your estate tax

This will let you know if you need to adjust your estate plan to minimize your taxes. You may need to set up another grantor-retained annuity trust (GRAT), amend your existing trusts or increase your charitable giving.

Be sure you are taking maximum advantage of your yearly $14,000 gift-tax exclusion.

Review the ownership of your assets

It is easy to title assets you acquire in the wrong way. For instance, you may have taken title to property in your individual name instead of in the name of a trust. I shocked a woman once when I told her she didn’t have the authority to sell her deceased father’s house. He had created a revocable trust and put all his land into it. The daughter, who was the trustee, thought that took care of everything. Afterward, he inherited a house from his sister. He never deeded it to his trust. So we had to probate his estate to sell the house. If he had reviewed the titles to his assets every year, he would have caught the oversight.

Most financial accounts have beneficiary designations. These include checking accounts, CDs, savings bonds, brokerage accounts, life insurance policies, college savings plans and retirement accounts. Many states allow you to designate beneficiaries for real estate and vehicles. Beneficiary designations can be helpful. But they can produce unintended consequences if you don’t pay attention to them. I had a client who recently died. She owned college savings accounts for her grandchildren. Only one of the accounts had a successor owner named. My client didn’t have a will. She caused a lot of trouble and expense because she did not check her beneficiary designations on those accounts.

Most states allow you to make a list of items of tangible personal property and who gets them at your death. If your will or trust refers to these lists, the lists will govern who gets the items. The advantage of these lists is you can change them without visiting your lawyer to change your will or trust. I always include provisions for these lists and send home blank forms with my clients. But they rarely fill them out. They should. More family fights break out over who gets grandma’s rocking chair than who gets the brokerage account. Take time to fill out those forms. Update them every year.

If you haven’t read your will in a while, pull it out and start your review today.