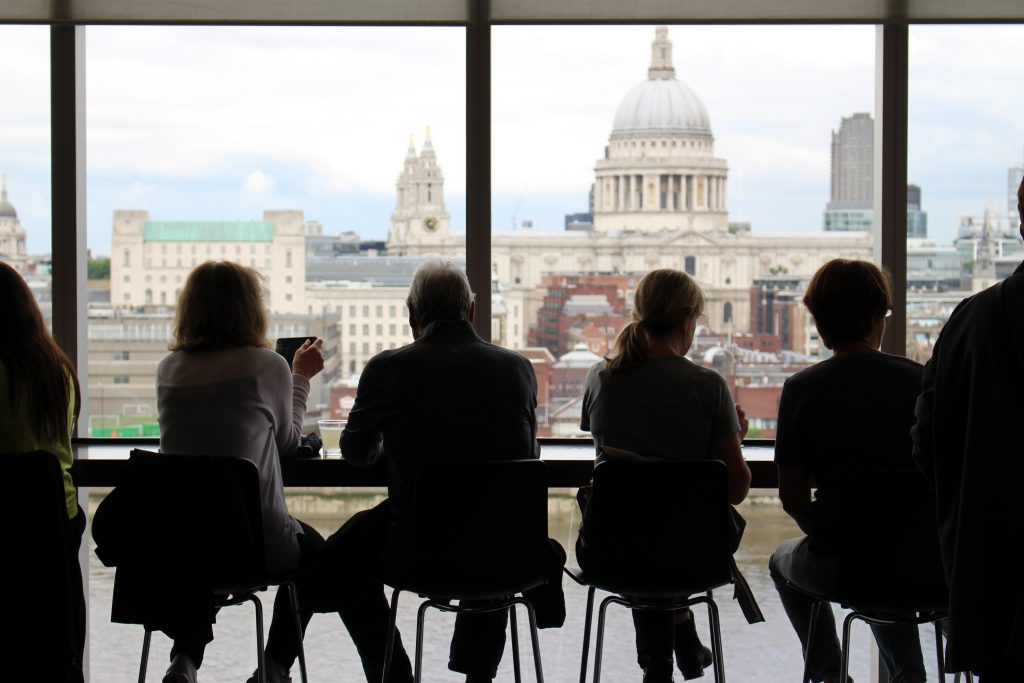 We’ve hit that time of year where rumors about the next iPhone are starting to bubble about.

There’s one particular one that’s got people scratching their heads. Leaked cases show a design that looks largely indistinguishable from the iPhone 6 or 6s.

Why is it this interesting, even if you have no interest in the iPhone?

Because it’s about the dance between seduction, status, value and human nature. And, how you might explore leveraging this relationship both for well and for good.

On a purely rational level, when we look to buy something we are looking for value. We want to either solve a problem or experience delight and we want to feel like our money is being well spent.

So far, so good. Except for one little problem.

We are not purely rational beings. In fact, we may well be more irrational than rational.

We want value. But our brains are also wired for status and seduction.

We’re led around by an unconscious bias toward status and seduction.

On the seduction side, we want desperately to be lulled and lured, teased and tantalized. We buy something not just because it’s the best solution to a problem, but because the lines, colors, sweep, aroma or even sound touches some emotion. Because it provokes a reaction. It makes you feel. It triggers a primal call and, often, a memory and a story. An association. And that deeper yearning fuels a compulsion to seek, to want, to need, to have. You don’t need a behavioral background or market research to prove this, just open your eyes. The people and things in your life very likely make the case.

Bundled on top of the near-ancestral pull of seduction, there’s another seemingly irrational compulsion that directs our actions. A wiring that leads us to measure our own success not by some inner, objective metric, but in comparison to the perceived success of others. We are status-seeking beasts.

This is why living in a place like New York City, where I call home, can be, on the one hand, quite magical, and on the other, maniacally futile and demoralizing. Because, no matter how much you earn or have, you will always be able to surround yourself with those whose relative wealth, power and access dwarfs yours. And, because while a part of this unfortunate wiring is simply “knowing” you’ve got a respectable seat at the status table, the other part is a merciless yearning to “let others know” you’re “of their caliber, too.” You’re worthy. It is a compulsion that is very likely compounded, if not outright driven by another primal impulse, the need to belong.

So, when a new iPhone is rumored to hit the streets, devotees don’t just line up for hours to be first to get a new device because of improved utility. Sure, functionality matters, that’s the theoretically more objective value side of the equation. That’s the rational brain at work. But deeper down, we’re buying status and seduction. We want something that’s cool and sexy, however we define it. We want something that satisfies that inner comparison Jones. We want to feel like we’ve got the Benjamins to afford it and, while we might not be winning the mobile-tech comparison game, at least we’re in it. And, we want those whose approval and acceptance we seek to know we’re one of them, too. We want the world to know we have the latest device money can buy. And, we telegraph that by whipping out a phone that is observably different than the old model.

At first blush, the notion that our happiness and fulfillment is tied to status and seduction is, well, pretty messed up. We’re not “supposed” to be this way. So, we try to deny it. That doesn’t work, so we try to change it, to train it out of our conscious process. Except, the script that runs these two impulses runs deeper than conscious thought. Changing wiring on that level is a near herculean task that requires extraordinary motivation that most people just don’t have. It’s not impossible, but it requires real work.

You can practice mindfulness, cultivate gratitude and exalt generosity as benchmarks of success. You can shift your lens on what matters and why. These are all a part of my daily practice. They help. A lot. Still…

It’s brutally hard to train the sex and comparison impulse entirely out of your brain.

Are there outliers, folks who’ve learned to live from a place where seduction and status are truly not drivers of behavior? Maybe. But, often it’s accompanied by fierce and enduring effort, along with a removal from the physical and social setting that reinforces these impulses on a level very few people are willing to embrace. On the whole, most of us remain and will remain keenly aware of and fueled, at least on some level, by status and seduction.

Manufacturers and marketers have known this for years, and leveraged these dual impulses to drive consumption, and not always with regard to genuine value or benefit.

And, that’s got me thinking. What might happen if instead of denying or trying to change this quirk of human nature, we embraced it?

What if we turned the primal yearning for status and seduction into an ally?

What if we tapped it to build products, solutions, stories and conversations that leveraged these impulses for individual and societal good? To improve the human condition? Starting with the one human who decides what to do and buy. You!

What if we took more of an Aikido approach to status and seduction?

What if, instead of labeling them as “bad,” we simply saw them as a form of energy that is not only capable of driving behavior, but of being harnessed? What if, rather than pushing against our seduction and status “opponent’s” energy or trying to destroy it, we worked with and redirected it to create better outcomes, not just for us, but for those we seek to serve?

In fact, a handful of change-makers in the cause-venture and non-profit world are beginning to do just that. They’re owning and harnessing status and seduction on a level rarely seen. And, in doing so, they’re making huge strides in fundraising and expanding the impact they can have on the lives of those they serve, and those who help them serve.

Take the now global philanthropic organization, charity: water. Before founding this fast-growth foundation, Scott Harrison lived about the most opposite life you could imagine. He was a club promoter. Status and seduction were his domain, and he wielded them expertly and largely for personal gain. Awakening to a call to re-orient his life, he talked his way onto a floating hospital ship off the coast of Liberia, where he eventually came face to face with the reality of a global drinking water crisis that he saw as solvable. He felt called to do something and, so, started charity: water as a vehicle to bring water to those in need.

He also realized, drawing upon his promoter days, that there was a tremendous untapped fundraising and contribution asset that was being largely ignored in the world of foundations and non-profits; status and seduction. Actually, it wasn’t so much being ignored as it was being targeted in a way that left Gen X and Millennials, the club audience he knew so well, anywhere from unmoved to repelled.

When he decided to start charity: water, Harrison understood the need to also pay almost maniacal attention to the visual brand, the mission, the messaging, the design, the website and the way he told the story both of the people and villages he hoped to serve and of the more subtle, yet powerful benefits of being associated with this next-generation engine of impact. He effectively engineered status and seduction into the brand on a level that hadn’t been seen before. The very same impulses that he’d leveraged on a more hedonistic level in a past life, Scott now tapped to move the seemingly unmovable to a life of deeper and more public service and contribution. As I write this, charity: water reports having funded more than 20,000 water projects, providing drinking water to more than 6,000,000 people in 24 countries.

We spend so much time labeling the evolutionary armature of the human condition as bad, morally or socially repugnant, and trying to snuff it out. There are, no doubt, certain generations-old neural grooves or even outright pathologies that, to the extent possible, can and should be rewired or extinguished, if possible.

But, what of those quirks of consciousness that, while often expressed to the detriment of self and others, just might be capable of being channeled to serve a “higher purpose?”

What if, instead of rejecting the neural predisposition of the masses and working to rewire what most people have no interest in rewiring, we instead learned to harness this quirk of behavior as fuel for meaningful action, service, and contribution?

What if we dropped the labels and, instead, took up the quest to redirect, rather than annihilate the energy that flows through these impulses?

What if we harnessed status and seduction as a path to meaningful contribution?

Is it the best way to get there? Maybe, maybe not. But, as the Dalai Lama famously said when asked if it was okay to serve others with the knowledge that you’ll benefit as well, while the motive might not be as pure, the net effect is still the elevation of others, and that’s a good thing.

Something to ponder as we all explore how to build what we’re here to build, and tell the story in a way that taps our innate conditioning as fuel for positive action and impact.