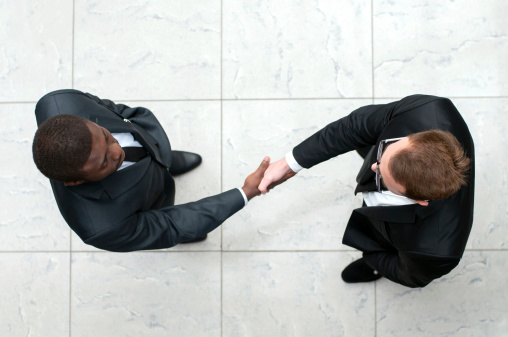 It was 1985. Our direct marketing business was growing rapidly. For the first time in my life, I was making much more money than I could spend.

Most of those extra dollars were invested in stocks and bonds. I was comfortable with the bonds but I was skeptical about the stock market. It felt dicey – sort of how it feels today.

I looked into precious metals and commodities (touted heavily by investment newsletters back then), but they scared me. And I had no time to start a side business.

So when an opportunity to invest outside of Wall Street arose, I was interested.

It happened in an elevator in Boca Raton, Florida. I was headed to the third floor of a bank building, on my way to close on a house I’d just bought. I was dressed in a new suit, feeling grown up. At the second floor, the elevator stopped and another young man in a new suit stepped inside. It was Jerry (not his real name), a buddy of mine from high school.

Turns out he had moved to South Florida several years before me.

“Sure,” I said as I got off at the next floor. “I’ll meet you downstairs at one o’clock.”

Over lunch, Jerry told me that he was a real estate attorney. And he was now embarking on a new career as a property developer.

“This town is growing fast,” he told me. “There is big money to be made building houses for snowbirds.”

Jerry’s enthusiasm about what he was doing got me interested. So the next day, I asked my business partner what he thought about it. He agreed with Jerry. In fact, he was already invested in several developments in West Boca.

I called Jerry and asked if there was “any way” for me to get involved in his project. And, yes, there was. His project – an upscale community of 200 homes – was structured as a limited partnership. He explained that, as a general partner, he had to do all the work and take all the responsibility. But I could come in as a limited partner and make money doing nothing.

That sounded good to me. I had money, but I had no time. And I didn’t need any more responsibility. Jerry had a business plan. And permits. And projections. According to those projections, I could make between 25% and 35% on my money.

It was my first of several investments I’ve made as a limited partner. Along the way, I’ve learned a few lessons.

Lesson 1: The best deals are in businesses you understand.

When I wrote Jerry that check for $50,000 nearly 30 years ago, neither one of us knew as much about property development as we should have. But as time passed, our knowledge increased. And as it did, so did our ability to pick good deals and walk away from bad ones.

My single worst investment was that first high-tech company I invested in. I knew absolutely nothing about the industry. I couldn’t even explain what they did, despite having heard the CEO explain it a dozen times. The goal of the business (and this is true for many businesses) was to make some noise in the market and then cash out big time in some leveraged deal. That is exactly the kind of thinking I inveighed against in all my essays and books about entrepreneurship.

Why did I do it? I liked the CEO. That is, he seemed like the kind of kid that could pull off a trick like that. And I gave into my greed. Something I promised myself I’d never do again.

Lesson 2: There are advantages to being a limited partner instead of a general partner.

As a limited partner, you can decide beforehand – based on how strongly you believe in a project – how much money you will invest. General partners do not have this option. Jerry, for example, had to back every deal with most of his net worth. The banks required it. And that hurt him in the end.

You see, for 20 years, Jerry made truckloads of money on property development deals. But as the real estate market topped in 2008, he had most of his net worth tied-up in that project with the Chinese drywall problems. (Between 2004 and 2008, many contractors had unwittingly imported drywall from China that was defective and toxic.) As a general partner, he was liable for the settlements on the Chinese drywall suits. He was also liable for the debt that accumulated as sales slowed.

Another advantage of being a limited partner is how quickly you can recover your initial investment. I didn’t know anything about natural resources when I invested in those businesses. I did it because the owners were people I had helped in the past. They felt obligated to make sure I did well. They couldn’t ultimately guarantee their success, of course. But they could (and did) structure their deals so that I got my capital investment out before they did.

Lesson 3: It’s important to go with general partners who are open to your ideas.

Because of my experience as a marketer and entrepreneur, I was able to help several of the general partners I invested with make smart business decisions. For example, I persuaded Jerry to use direct marketing techniques to sell the million-dollar homes we were building. At that time, developers used nothing but space ads in newspapers to bring in potential buyers. Sending out carefully crafted letters to high-income addresses proved to be much more effective.

Actually, my best deals were the limited positions I took in direct marketing and publishing businesses. I made out very well on almost every single one. In retrospect, this is not surprising. I had a deep understanding of these businesses. I didn’t manage the partnerships. I didn’t spend nights worrying about them. But I was able to provide useful suggestions.

There are just three rules. They are simple. They are easy to understand. And they should be very easy to follow unless you let greed blind you…

1. Invest in businesses you know something about.

The best opportunities are in the industry you have worked in all your life. You should know the marketing side of that business: What it costs to create products and what consumers are willing to pay for them. You should be aware of the bad ideas that have caused most of the failures in the past. You should also know enough to evaluate the competence of the general partners.

2. Invest with people you trust.

There are many ways for general partners to screw limited partners. You can protect yourself from many of them by having a good lawyer review any contracts or agreements before you sign. But paperwork can’t protect you completely. You should invest only in people that you know – from experience – have integrity.

3. Bring more than money to the table.

As a limited investor, you cannot control the business in any way. (If you do, you might be subject to general liability.) But you can influence the general partners if you think they are heading in the wrong direction. General partners will listen to you only if they think your suggestions have merit. And the only way your suggestions will have merit is if you have knowledge – either industry knowledge or general business knowledge – that they respect.

Posted in Entrepreneur, Investing, Personal Finance, Wealth
This error message is only visible to WordPress admins