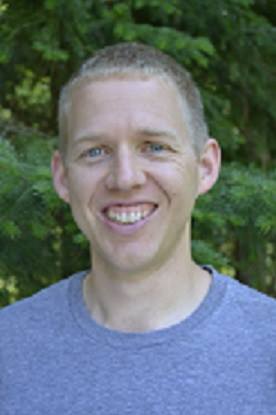 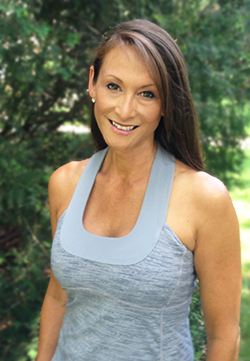 My goal of helping over one million men and women change their bodies and their lives is a massive mission that I started several years ago when I created Turbulence Training. Since the beginning, we have run 23 Transformation Contests, and we’re currently on our 24th.

Helping people transform their lives is a life-changing experience and YOU can have a major influence — especially if you’re a trainer. All it takes for you to be that kind of positive influence on the world is a powerful idea and a way to reach people in need of support. I’d love to have you join me on my Worldwide Mission by becoming a Certified Turbulence Trainer.

In this interview series you will hear from Wisconsin-based Certified Turbulence Trainers Brent Neevel and Lesa Gutenkunst (CTT Trainer of the Year 2014). Brent and Lesa recently talked with ETR’s Daniel Woodrum (also a CTT) about how they’ve been helping people become accountable and transform their lives.

You can hear the full interview here.

Here are some highlights:

Daniel: Hey there, TT nation. This is CTT Dani Woodrum from TurbulenceTraining.com and EarlytoRise.com. I’m super excited today because I have not only one, but two CTT superstars on this interview, Brent Neevel and Lesa Gutenkunst. Both Brent and Lesa actually live in Wisconsin, home of the Badgers. Today we will dive into how to get your clients amazing results in your boot camp.

Brent is a certified Turbulence Trainer born and bred in Wisconsin. TT inspired him to dive into the world of personal training and gave him the confidence and assurance that he could chase his passion. He hasn’t looked back and has gone on to move to a new community and opened up Sheboygan Fit Body Boot Camp. He just celebrated his one-year Fit Body Boot Camp anniversary and is excited to see what the future holds.

Lesa’s inspiration to become a fitness professional came in 2000 when her daughter was diagnosed with a very rare brain tumor shortly after her father was diagnosed with cancer. After losing both, she realized more than ever the value of life and the value of people. She moved to Wisconsin in 2007 from California not knowing anyone, and in 2008 started her mission, opening up Lakeside Fitness to help educate people through fitness and health.

Her mission is to help her community achieve the best possible health and quality of life through innovative and evidence-based functional fitness programs that are safe, effective, and enjoyable.

How do you guys encourage your current clients to even enter into the contests? Can you walk us through that initial process of getting them interested and enrolled into the 12-week contest?

Lesa: Sure. As you know, Brent and I live in Wisconsin, which is a very conservative state and being a fitness professional has been very challenging. Most of the troopers that come to Lakeside Fitness want to make a change. They’re very often intimidated, they’re terrified and excited at the same time. So what I try to do is try to find some emotional factor as to why they come to Lakeside Fitness in the first place and that’s how I open up the conversation about entering the TT 12-week transformation challenge.

I use that emotional factor as a method of trying to draw them in and then explain to them, we can get better results by helping them to reach their goals and try to find their true inner self by entering a transformation contest. That usually draws them in because they want to be able to make that change and they know that there’s an end and a start date and it’s only 12 weeks long and within that time, we usually do see some amazing results.

Brent: Yeah and for me, it’s pretty similar to Lesa. Obviously, we’re in the same state so we deal with some of the same issues as far as the clientele that we see. For me, I use this as kind of a way to bring my current clients to focus.

Most of our folks that do the TT challenge have been with us for a while because, just as Lesa said, people can be intimated at first when they’re first getting started. We do have some that start right off the bat with the challenge when they get going, but typically we use it as a way to bring into focus so that we can focus on a shorter-term goal than their goal, which may be six or eight or ten months down the road.

Focusing on 12 weeks gives them a target to shoot for and certainly the carrot of a prize at the end doesn’t hurt. That tends to motivate people a little bit, too.

Daniel: I can imagine too guys that once your other clients see your group going through the contest, they’re going to get motivated and kind of say “hey, what is that all about? They’re seeing great results. I want to try that next time.”

Brent:  Yeah, absolutely. We see an increase every time as far as people that are interested. No doubt.

Daniel: After you get them to the contest and they’re going to be super excited at the very beginning, what’s next? What’s the first day like in terms of getting them started on the transformation contest?

Brent: We definitely encourage them to do their pictures and their measurements with us if they want. We certainly have some people who are more comfortable doing that at home. We do leave it up to them that way, but I would say a high, high majority — probably about 90% — do their pictures and measurements, certainly measurements, in-house with us. Then from there, it’s really just a matter of making sure that we do keep them focused on that opportunity, that it is a short-term opportunity that is in the context of their larger goal, but let’s use this as a way to really focus and seriously attack their goals.

Lesa: I’ve been doing this for a little bit and I’ve had some trial and errors. What I’ve learned is I actually now schedule weigh-ins and measurements, before-and-after pictures and I take them myself because I find that when we rely on people to do it themselves, sometimes they get a little lazy and they won’t do it — or they don’t like their picture and they won’t send it to me.

While I’m doing the weigh-ins and taking the pictures, it also gives me an opportunity to talk to them, to really listen to their goals and really go over the meal plans that I’m setting up for them. Then we’ll schedule a monthly meeting for another weigh-in. That has helped a lot. It has actually helped me organize the 12-week challenge better.

Daniel: Do you guys encourage your contestants to take a picture in their bathing suits? I know it’s up to them, but the less they have on, the more noticeable results will be at the end.

Brent: We recommend it but certainly we give people the assurance that it’s not something that they have to do … at the end of the day, they need to be comfortable with the decision that they make as far as what they’re going to wear in their photo. But yeah, certainly going over what you said as far as the more people can see in your transformation, the more likely it is that you would be selected as a winner in the end.

Lesa: Yeah, I’m pretty much on the same line with Brent because we are in a very conservative state and having someone take a picture in their bathing suit is really hard, especially since they’re like, “oh my gosh, it’s going to be on the Internet and my boss might see me.” So we encourage them but we ask them whatever, if you’re comfortable just wearing regular workout shorts that are a little bit more snug, tightening up your shirts so we can see maybe some of the curve lines, it’s totally fine. But in the past, I found it very difficult to get them either to be in a bathing suit — and even some of the guys feel uncomfortable with just their shirt off.

Brent: It’s something I talked about with Lesa, too — how you get people to do that because we do want them to succeed and the more that they’re likely to do that, the higher likelihood that they’re going to do well in the contest. I’ve been surprised at the percentage of people that have been comfortable with that, whether it’s a bathing suit and sports bra for women and things that way. But again, we certainly very much stress that it’s up to their comfort level.

Lesa: If they choose not to be submitted in (a photo), we still do an internal award process so at least they feel like they’re still getting something at the end, because some people might not want their pictures to be public.

Brent: I love that. It’s a great idea.

Ok, TT Nation! That’s it  for today.  Check back with us for Part 2 of the interview, where we discuss how to get your clients the best possible results during the Turbulence Training Transformation Contest.

To hear the rest of the interview now, click here.

Posted in Transformation Contest, TT Fat Loss
This error message is only visible to WordPress admins