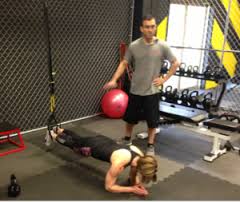 Craig: Hey everybody, this is Craig Ballantyne from TurbulenceTraining.com. I am very, very excited to be with you here tonight. I don’t usually work this late, 6:00, it’s so late for me, but I am actually super pumped up to still be working to still be working tonight because we are going t do this great call. I have my co-host, Kate Vidulich, who’s a certified Turbulence trainer on with me. Kate, how are you doing?

Craig: You are a Master Certified Turbulence trainer. You have really impressed me this weekend during the technical testing. I mean you were hands on, you were really showing your expertise. It was fantastic and I really look forward to doing a certified Turbulence Training event in New York City someday. That’s going to be high energy.

So whether you are an advanced trainer with 10, 20 years of experience—I think I’m going on literally my twentieth year will be next year because I got my first certification in ’94 I think, maybe it was ’96, I’d have to go back and look but I can’t believe how long it has been. I mean feel 17 and I act 17 so it doesn’t seem like I have been doing this for 20 years but I guess I have. And so whether or not you’re up there with me doing 20 years of this or whether you are like some of our other certified Turbulence trainers who are just getting started like Catherine Gordon who has filled out her studio really fast with some of our techniques, we’re going to give you some great advice tonight on both the training and client attraction side.

Get really excited about this because if you get this information now, you have two months to really implement a lot of it so when the New Year’s resolution rush hits, and when I was training it was actually, because I train with a lot of people in Toronto who are fairly wealthy, they were actually gone for the first week so I actually didn’t have until January 8th or something till people really hit the gym. But in those first couple of weeks, you’re going to be on acceleration mode, which Kate knows that to be very well as she has her accelerators, but you’re going to be accelerating into the New Year with your business so it’s going to be really fantastic. So Kate, does that sound super awesome or what?

Kate: Oh, that sounds totally, Craig, and I’m fairly pumped about this as well.

Craig: What was that?

Craig: Okay. Why don’t you tell us a little bit about yourself now. I’ve mentioned briefly that you’re a Master Certified Turbulence Trainer so you attended the first real live event but we’re going to have another live event next month. But tell us a quick who you train in New York City because I’ll be referring to that, to fast-paced lifestyles that you run into quite a bit during this call.

Kate: Sure. Yeah, I’m originally from Australia and I came across to New York about four and a half years ago. I’ve been working here in the city as a personal trainer for the last four years and the types of clients that I’ve been to see are really high executives, the people that really are short on time and they have no tolerance for crap, basically. I think being here in the city, it really is about learning your training but also your ability to bring it every single session because if you don’t, you will totally lose clients faster than you’ll been getting them and you’ll just be in a tailspin. So here in the city, it’s not only really important to be getting new clients but also training to get them results and also be retaining these clients to keep growing your business. I think that’s something that all trainers need to always be thinking about and focusing on in order to be successful.

Craig:  Yeah, you;’ really got it dialled in there and like you said, you have to have it dialled in because you are in the city with the most trainers, I would imagine, the most competition and you are up there and doing so darn awesome. So we’re going to appreciate your insight as we go along tonight and as we talk about this in going through all the training and stuff like that. I’m ready when you’re ready.

Kate: Awesome. How did you get started in personal training, Craig? You know you don’t really speak about it too much these days, back in—what?—the ‘60s was it you started?

Craig: I believe it was the ‘60s, Kate. Yes, it was the wonderful 1960s. I was the mad man of personal training. I was the Don Draper back when I started. No, so I was lucky, a very lucky person in that when I was 16 years old, I knew what I wanted to do, which is be a strength and conditioning coach in the National Hockey League.

And so I chartered path which was first, read all these Arnold specials from Muscle Mag International, which was step 1 apparently, and that’s what I did when I was 16. And then there’s bodybuilding and I started training like an athlete around 18, went into what we call university—people call college in the United States—did a Bachelors of Kinesiology, got my first personal training certification around 1994, 1996, and then I started working as a strength and conditioning coach at the university that I went to. Plus I was doing my Master’s Degree in exercise Kinesiology and doing these research studies.

And so combined—what I say is I found Turbulence Training and combined my bodybuilding background, my athletic training background, and all the interval training research that I was going to into a blender and out came Turbulence Training. My first Turbulence Training workout I ever did was in 1999 and the reason that it came about was because I was doing this study where I had to spend an entire day from like 7 AM to 11 PM locked up in this laboratory using a very gamma counter—so I didn’t turn into the Incredible Hulk or anything or even Spiderman unfortunately—but I used this thing all day long and it was running these assays and I would have like 30 or 45 minutes in between.

I was so used to doing hour and a half workouts and so I realized okay, I’m going to run over to the gym, do a workout, and get back here so that I can get all this stuff done and get out of here. That was when I did my first strength training and interval training workout, which became Turbulence Training. So I published the first Turbulence Training workout in 2001 on my original website which was called CBAthletics.com. It’s still up and it’s still available.

I believe the Turbulence Training articles in issue 80 or 81 or 82 from back in the fall of 2001 and so that was the original Turbulence Training workout that I brought to the world. I was writing for Men’s Health at that time and that really was fantastic because I got a lot of feedback from that type of user, and boom! That’s where it was. That’s where I was starting.
And then I got into being a personal trainer when I was finally done college, aged 25, and that was when I started to really struggle because

I was actually going through school pretty well. I had money coming in with my strength and conditioning. I had lucked out on a scholarship. I wasn’t actually a broke student for too long but then I was a broke trainer for a while right after and that was really frustrating because most people who have been a trainer know the trainer lifestyle. You get up very, very early in the morning. I was getting up at 4:30, working on my online business for a while, then going and taking a bus downtown because the subway wasn’t even running so you had to cram yourself on a bus and you never know who’s going to be on the bus at 5:30 in the morning in a big city. You know that. You ever ride the bus in New York City, Kate?

Kate: Actually, I take the subway. It’s much faster but it’s definitely 5:30 morning, you don’t want to shut your eyes on the subway. Mom, if you’re listening, I’m always alert.

Craig: Because you don’t know who’s still up, right? Who’s still up at 5:30 in the big city? There’s a lot of people that are still up.

Craig: You know just as an aside, go and watch—Yeah, go and watch Taxi Driver, that old movie about New York City from the ‘70s. Those people are still up at 5:30 in the morning. Anyways, I’m riding this bus so early in the morning, getting down and training people.

You don’t really get a break when you’re just doing one-on-one and you don’t know what you’re doing and you’re not attracting the right client. So you lose a lot of energy and you’re hungry and you’re tired.

Then you kind of do the split shift, like a waiter, so I totally understand what a waiter goes through when they work the lunch shift and the dinner shift. You come back in the afternoon and you think okay, you got a couple of hours off but you have to go eat, then you have to train, and you have to get all your stuff ready for the next day because you’re going to have to go and train from 3 until 8 PM. And then I’d go home and my eyes were so sore and so tired but I’d still try and sit at the computer and write programs.

That was a lot of fun. I mean I look back at it as bittersweet times. It was a lot of fun, a lot of work, and a lot of personal growth but I didn’t do it all right. I wasn’t attracting the right clients. I wasn’t attracting the right group training and the right way of setting up my business, and getting easy referrals from other clients, that I could have made it so much easier, bee much more effective, had more time off to work on the Turbulence Training online business and really moved things ahead a lot of faster.

So that’s one of the things that I want to share with people tonight and improve the way that they do things. Then I really came around 1999 at Turbulence Training was my big online breakthrough and now I was discovering intervals and advanced training methods.

That’s all for now but join us part 2, where we’ll talk about more training stuff first and when I first started writing for Men’s Health as well.

Posted in Fat Loss, TT Fat Loss
This error message is only visible to WordPress admins