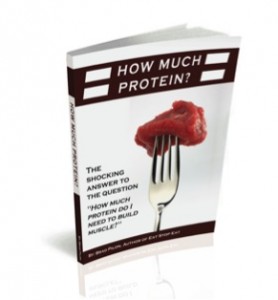 In part 1 of this expert interview series I introduced the new and expanded version of  Eat. Stop. Eat. Today Brad will explain the proper way to use his program intermittent fasting is to make it work for you.

Craig:  What about in terms of the fact that you’ve had tens of thousands of people do this, is there kind of a common one for best results, most convenient, best for parents in terms of scheduling? Is it a weekend from breakfast to breakfast, a weekend from dinner to dinner? I know when I first tried it, actually I thought you were crazy for recommending it in the first place back in 2007. I remember when I first read the book, I went wow, Brad, this is insane. I can’t tell anyone about this. And here it is, the most popular program in the Turbulence Training world.

But when I first tried it, I went from a Friday evening dinner to a Saturday evening dinner and I found that easy. I don’t think I’d be a lunch to lunch guy. I mean I’m a real lighter person so have you found anything, any common consensus, maybe even a moment with subgroups like parents find it really easy to go from lunch to lunch and they find it really easy to go from dinner to dinner because they can skip a birthday party or something?

Brad: Right. Dinner to dinner tends to work best for parents because with Eat. Stop. Eat., you’re really only skipping two large meals, if you’re going by the three-meal-a-day kind of idea, which means that you can have a 6:00 meal, be done eating by 6:15, 6:20, 6:30 if you’re being smart and eating fully. The very next day, you can have dinner at 6:30 and you haven’t really interrupted the flow of your family. You’re still eating in front of your children. You’re still sitting at the dinner table. So it tends to keep that level of consistency.

For non-children people, I guess that’s a way to say it, the lunch to lunch is very interesting because for those people a very important meal tends to be the lunch one because that’s typically when you want to eat with co-workers. So you then get through the necessities of work and the bonding that happens over food and then you get in the car, you drive home, you’re doing your commute, and by the time you get home, instead of just popping a sort of microwave meal, you’re just like I don’t have to eat. I can just relax.

So it really is lifestyle-dependent. I will tell you the most underrated version of Eat. Stop. Eat. is the 1 x 24. For some reason, when I say a once or twice a week fast for 24 hours, everybody here is fasting two times a week, 24 hours. And for a lot of people, just the once a week 24-hour break from eating is enough to really get that weight loss going with almost little to no interruption in your day, especially if they time that one day on a very busy day, a day where you’re busy writing or you’re doing housework, something to keep you occupied. It goes by like you wouldn’t believe.

Craig: Yeah, totally. It’s very, very convenient and I just noticed so many people that are shift workers, they love doing it on a work day because they’re so busy. There is this guy, Chris Curtis, from the Turbulence Training membership site. He’s a police officer and he worked overnight and it really just solved the problem of night eating on an overnight shift. He was just busy. He didn’t have to do it and he also loved the fact that he wasn’t preparing six meals and cleaning up after six meals. So there are so many peripheral benefits.

Now let’s talk about where people go wrong with fasting and you kind of have talked about this a little bit where they were just doing it too much. Is it too long of a fast that they’re doing that leads to muscle breakdown? Because I know in Ramadan, they lose weight and they lose muscle but of course they’re mostly people who aren’t training at all. But what do you see, where do people mess up the simple process of not eating?

Brad: So you mess up by stacking. So Eat. Stop. Eat. was meant to be a replacement for sort of hard core dieting and like obsessive compulsive exercise. It wasn’t meant to be an addition it and so what I found is the people who have the most difficulties with fasting are people that get what would be without the fasting a sort of an excellent diet, well thought out calorie-restricted program, and they added dieting on top of it. You know they will probably see accelerated fat loss when they do that for the first week, maybe the first month, but it will get to a point where that just is too exhausting, especially for the people who then are also adding on excessive amounts of cardio or even just extreme training on top of that.

So you run into the problem of starting out with a well-balanced, well thought out diet, a diet that all by itself might have helped you lose some weight, and then you add in one 24-hour fast and in a week you go, “Wow, I’m losing weight even faster. I’m going to do two.” Then you do two and you’re like, “Now the weight’s really coming off. This is awesome. So I am going to do a 16-8 every single day but those 8 hours instead of eating up in maintenance, I’m only going to eat like 800 calories. And then twice a week I’m going to do the 24-hour fast.” Then three weeks go by and you’re going, “I’m exhausted. I don’t feel like exercising. Fasting is just not for me.”

So what happens is by pushing yourself too far, by adding too much stress to the entire system of weight loss, you’ve really completely lost out on the benefits of fasting because chances are after an experience like that, you’re not going to go back to fasting because it was “too hard.” But really, you just stacked too many different types of dieting styles on top of one another.

So always remember with fasting that yes, you can fast and do a bit of caloric restriction. That’s completely doable for a week, maybe two, depending on who you are, maybe even pushing it to a month but that wasn’t the ultimate goal. The ultimate goal was to replace dieting with a system that allows you to fast once or twice a week and then on the other day, live a normal, happy life eating the foods you like.

I mean a more technical term I wanted you to fast and eat to maintenance on the other days. So eat as much as you could without gaining weight, not make some excuse to sort of eat like a kid the day after Halloween. I just wanted you to be able to enjoy the foods you like while once or twice a week addressing your calorie concerns by throwing in a fast.

Craig: Okay. Yeah, that’s a really great description. I’m going to make people on the Turbulence Training forum who are asking me questions about “Can I combine this and this?” make them listen to your answer because it just happens way too much and they’re overcomplicating something you made so simple.

Brad: Well, an analogy for those people would be if weight training works so well and you’re doing Turbulence Training, you don’t then do Turbulence Training then take an hour and a half break, then do an hour and a half of powerlifting, take an hour and half break, then do a bunch of Olympic lifting. Obviously, you’re going to break down. So fasting time is like working out. You find something that works, you stay consistent with it, and you’ll see results.

We’ll end it here for today. I hope you can join us tomorrow for part 3 or  click here to listen to the call.