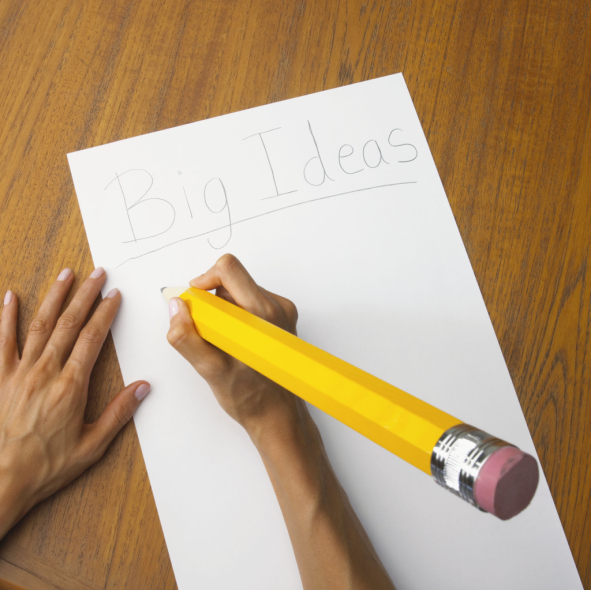 I spend at least half of my time teaching writers how to write better. I’m speaking of writers who work for the information-publishing companies I consult for and for other publishers who pay me to help them make more money.

Over the 30 odd years I’ve been doing this, I’ve developed many complicated theories about good writing. But now I use a brief, straightforward definition. And it applies to every sort of non-fiction writing that I can think of. It applies to writing books, magazine articles, and direct-mail sales letters. It applies to business correspondence, telemarketing scripts, and speeches.

When I say this to writers, I get incredulous looks. “How could it be that simple?” I can hear them thinking.

And then I explain. And re-explain. And eventually some of them get it. And when they do, their writing gets much, much better. And their income gets better too.

My income is based almost entirely on writing. And knowing this secret about good writing has given me a very rich life. It can do the same for you.

Let’s go over that definition in detail. It has two parts:

By good thinking, I mean a “big idea” that makes the reader think, “Boy, that’s interesting!” Or, “I never thought of that before!” Or, “I’ve got to remember this!”

Good thinking has nothing to do with correctness — neither political correctness nor any other kind. It doesn’t matter if the proposition you are making is well reasoned or even factual. What does matter is that your writing engages your readers emotionally, and then motivates them to do or think what you want them to do or think.

I have a friend, a retired copywriter, who disagrees strongly with my view on this. He insists that good writing has more to do with reason than with emotion. It is through reason, he argues, that we persuade.

If you buy his argument, I say “Good luck to you.” Most of the “rational” writers I know are writing academic and legal tomes that nobody reads.

Those who make millions from their writing are those who know how to touch their readers on an emotional level. The rational mind is willing to listen to reason only after the emotional mind has said “Okay.”

The complete writer, of course, knows how to do both. To discover big ideas that are emotionally compelling is the main thing. Buttressing them with rational proof is important, but it comes second.

If you want to be a well-paid writer (or a successful businessperson), you must be able to come up with good ideas. You must be able to recognize ideas that are emotionally compelling, that arrest and charge up your readers and make them think, “That’s good! I never thought of that before.”

And then you need to be able to support those ideas rationally by providing proof that they are “true.” Truth, of course, comes in many shapes and sizes. And so does proof.

There is factual proof. There is anecdotal proof. And there is social proof.

So that’s how you incorporate “good thinking” into your writing. Now let’s talk about the second part of my definition of good writing: clarity of expression.

By that I mean the ease with which your readers can “get” your big idea. After all, if you have gone to the trouble of coming up with a really good idea, why would you want to hide it from them with obscure words and references?

The best tool I have found to help writers keep their language clear and uncomplicated is the Flesch-Kincaid Readability Test. The FK (as it is known) looks at the length of your sentences, how many syllables there are in each word, and other data. The result is a score that indicates how easy the text is to read. At ETR, our policy is to keep the FK under 7.5 — which means the average seventh-grader should be able to read and understand it easily.

Let me give you an example of what I’ve been talking about here. What follows is a paragraph by a seasoned financial writer. I had asked him for a brief summary of the “big idea” for his next essay. Here’s what he sent me:

“Simon Properties is making good on its promise to swallow up the minnows. It’s buying mall owner Prime Properties for $2.3 billion and not even using up all the cash it’s been hoarding to take advantage of opportunities in the marketplace. Simon is big and flush with cash. And it’s doing what big bad companies should be doing… beating up their little brothers, grabbing the best deals out there… getting bigger… and capturing market share from other companies.”

I e-mailed back, telling him that I could see, by reading between the lines, that he had a good idea in his mind. But he had failed to identify the core of it. He had failed to turn it into a “big idea” that he could base his essay on. Here’s what I said in my e-mail:

“You say that Simon Properties is a good buy because it is buying up smaller, cash-starved businesses. This is a sound proposition, but it’s not a compelling idea. It’s really just an assertion. To make it emotionally compelling, you have to make it both more universal and more unique. You have to find the idea behind your idea.

“For example, you might have said, ‘There are companies — I call them bully companies — that outperform the market by three to one.’

“That is an engaging idea. The reader gets it immediately. He wants to know more.

“But to make this work, you would need to prove to your reader that, in today’s market, bullies are good investments. Only after you have done that will he be interested in your assertion about Simon Properties.”

When, having asked for an idea, a writer sends me a paragraph rather than a sentence, I know — without even reading it — that he hasn’t identified a truly compelling idea. And if that paragraph contains long, complex sentences, then I know he’s off base.

By the way, there is a new science called Cognitive Fluency. Among other things, it studies the effect of simple language on readers. What researchers have found is that a simpler statement has more credibility than a more complex one — even if they both mean the same thing. It appears, the scientists say, that our brains are hardwired to trust simpler (and familiar) things.

Since recognizing the two key components of good writing — a “big idea” and clarity of expression — I’ve insisted that all essays or promotions given to me for review have at the top of the page a one-sentence explanation of the main idea and the FK score.

If that one-sentence idea doesn’t impress me, I send the piece back without reading it.

IF the FK score is above 7.5, it gets rejected too.

This discipline has saved me lots of time and has accelerated the learning curve of every writer who has worked under my direction. I recommend it to you.

Posted in Careers, Internet Business, Skill Development, Wealth
#repost from @motivationmafia With all the hard w