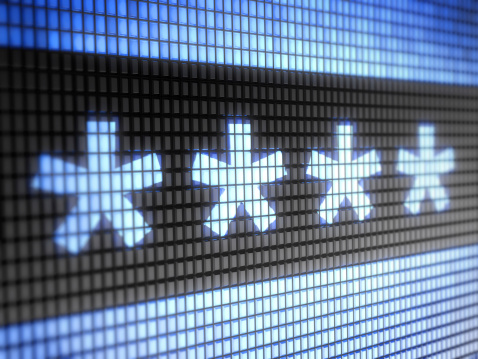 “How could she do something like this to me?” said a voice in my head. All the time. Every day.

Back in 2011, I was stuck in the middle of a pretty bad depression due to my divorce.

Thankfully, I think I was smart enough (and had great people around me) so I managed my way out.

One morning during those tough times I had a breakthrough. It started off like any other day. I walked into the office and sat down in front of my computer screen. The only thing out of the ordinary was that my computer was showing this message:

At my workplace, the Microsoft Exchange server is configured to ask thousands of employees around the planet to change their passwords. Every 30 days.

I was furious that morning. Tuesday, 9:40 a.m. It was so hot that my torso was already sweaty even though I just got to work. I was late. I was still wearing my bike helmet. I think I forgot breakfast. I needed to get stuff done before my 10 a.m. meeting and all I had in front of me was a waste of my time.

So there it was… this input field with a pulsating cursor, waiting for me to type a password that I’ll have to re-enter for the next 30 days. Many times during the day.

Then, letting all the frustration go, I remembered a tip I heard from my former boss.

I’m going to use a password to change my life.

It was obvious that I couldn’t focus on getting things done with my current lifestyle and mood. Of course, there were clear indicators of what I needed to do — or what I had to achieve — in order to regain control of my life, but we often don’t pay attention to these clues.

My password became the indicator. My password reminded me that I shouldn’t let myself be victim of my recent break up, and that I’m strong enough to do something about it.

I had to type this statement several times a day. Each time my computer would lock. Each time my screensaver with her photo would appear. Each time I would come back from eating lunch alone.

That simple action changed the way I looked at my ex wife. That constant reminder that I should forgive her, led me to accept the way things happened at the end of my marriage, and embrace a new way of dealing with the depression that I was drowning into.

In the following days, my mood improved drastically. By the end of the second week, I noticed that this password became less powerful, and it started to lose its effect. A quick refresh of this ‘mantra’ helped me. I thought to myself I forgive her as I typed it, every time. The healing effect of it came back almost immediately.

One month later, my dear exchange server asked me again to renew my password. I thought about the next thing I had to get done.

And guess what happened. I kid you not. I quit smoking overnight. This password was a painful one to type during that month, but doing it helped me to yell at myself in my mind, as I typed that statement. It motivated me to follow my monthly goal.

Guess where I went three months later. Thailand. With savings.

So, I learned that I can truly change my life if I play it right. I kept doing this repeatedly month after month, with great results.

Here is an extract of what some of my passwords have been in the last two years, so you get an idea of how my life has changed, thanks to this method:

And the one for last month:

I still await very anxiously each month so I can change my password into something that I need to get done.

This method has consistently worked for me for the last two years, and I have shared it with a few close friends and relatives. I didn’t think it was a breakthrough in tiny habits but it did have a great impact in my life, so I thought to share it with you all.

Try it yourself! Write these statements with the right mindset and attitude, and you’ll change your life.

Remember, for added security, try to be a bit more complex with the words. Add symbols or numbers, or scramble a bit the beginning or the ending of your password string. S4f3ty_f1rst!

Pass the tip to those who might need it.