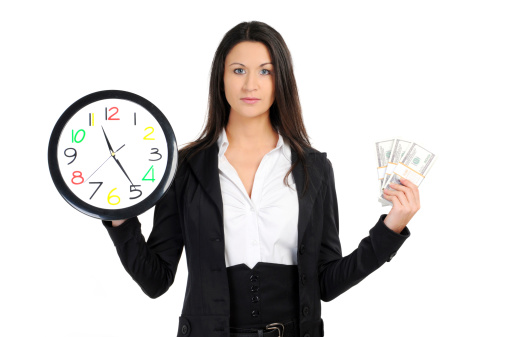 We’ve all been there. Perhaps it was two hours spent on the phone, or four hours putting together a presentation for a pitch meeting, or even just a series of emails back and forth with a “tire kicker”. But no matter the journey, the end result was always the same – wasted time on a prospect that never had a snowball’s chance in Miami of becoming a paying customer.

If you want to stop wasting your time with prospects that will never become your clients, this article will show you one way to do it from lessons I learned the hard way.

Recently I had a prospect come to me by way of referral. I tell you this because referrals generally produce a higher quality prospect for me than non-referrals do. In fact, the referrals that flow into my business all have a very eerily consistent thing in common: the referral is almost exactly the same type of client that’s doing the referring! The “frugal” clients 🙂 tend to send others who are just as frugal. The clients who are freely willing to pay for value send clients who are also willing. It’s bizarre, but it proves itself to be true over and over again in my business.

Of course there are always rare exceptions. And those exceptions can be extremely annoying. Like when a great client sends you a dud referral. But that serves a valuable purpose for me. And that is that it reminds me of the importance of process. And that if you have a process that works, then you don’t need to get emotionally involved in each potential client that comes along.

Without a process, you tend to do stupid things that waste your time—as the story I’m about to share with you will prove. In this scenario I was dealing with a referral from a great client. The mistake I made was to assume that meant the referral was just like my client. Big mistake! New clients are new clients – no matter the source – and they need to go through the same client intake process as everyone else.

This is more for you than it is for them. Remember, in your business we’re after leverage. One form of leverage comes in the form of systems that remove the need for you to think.

Having a client intake process also prevents you from having to make judgement calls (guesses) about whether or not this prospect will be a good client. You don’t want to do that because you’ll just drive yourself nuts. (I know.)

The first call with this prospect lasted about 20 minutes. During that time, we discussed her business and the major issues she wanted to solve. From this call, I gathered two important pieces of information. First, money was not a limiting factor here. This is a well-established business with thousands of customers. Second, the woman I spoke with on the phone understood the need for the type of services I provide. Our first call was cut short due to scheduling so we arranged another call for the following week.

During the second conversation, I asked a series of questions about the business, her objectives and what a solution might look like. This call lasted an hour. In my experience, it often takes this long to really dig deep enough to figure out what is going on inside a business. Near the end of this phone call, I asked the prospect what type of budget was set aside for this project.

She replied, “Well, actually none. There’s no budget for this. The owners don’t really like to spend money.” D’oh. At this point I chuckled and said I would send an outline of what I proposed along with recommendations for what I’d do.

By now, I’m sure you can see where this is going. I DID submit the proposal, which was extremely reasonable compared to the value of the project. I eventually received a reply that the owners wanted to hold off for a little while to see the effect of some recent changes to their marketing strategy.

Better To Be a Tollbooth

The purpose of this (sad) story was to show you the importance of making a conscious decision about WHERE you put the tollbooth in your business. You must know the answer to this important question:

What’s the line (which should be clear to YOU and your prospect) over which only paying clients are permitted to cross?

In other words, how far do you go for free? Does that amount of distance increase the attraction of the prospect and increase your chances of getting paid or does it decrease those things?

After my experience, where I effectively wasted hours of my time that I can’t get back, I decided to insure something like this would never happen again. As I often do in my business, when I come up against a challenge that requires me to draw on something that’s not a well-developed skill for me (like discipline), I figure out a way to force myself to act.

I’m not the most disciplined person in the world. In fact, I’m really, really good at rationalizing why NOW is not the best time for X, Y and Z. I’ve identified discipline as something that needs work. So the way I deal with it is to structure things so I don’t have a choice.

That’s why, in one of my businesses, I write a daily email. People expect it daily and that means I have to produce it daily or else I look stupid. BINGO, instant discipline.

Another thing I’m not so good at (yet) is saying NO. So I have to build it in to the process so that I don’t put myself in the position where I feel I should say yes.

Here Are the Mistakes I Made

I made two serious mistakes. First of all, never speak to someone who has the power to say NO but doesn’t have the power to say yes. I chose to ignore this bit of advice because I thought the source of the client (a referral) warranted it. I was wrong.

My second mistake was that I moved my “tollbooth” way too far into the process. I really wasted too much time before I found out the truth about what I was dealing with. Money has this funny side effect, you see. When you start talking about it with a prospect, the truth about whether or not they’re a real prospect comes out fairly quickly.

How I Fixed the Process

I finally wised up and changed my process for new prospects that walk through the door. We deal with money right upfront now, even before I speak with them. My consultations with a prospective client are extremely valuable because I ask them questions about their business they probably haven’t thought deeply about. So I no longer will offer consultations for free. Instead, there is a nominal fee for the initial consultation with a prospect.

How to Make This Work

This approach requires some serious changes to the investment I make in the marketing I do to generate clients. When you start charging for what most other people freely give away, you’d better have a good reason for it. OR, you’d better have enough leads to make it possible.

And that’s the focus now. Ramping up the lead machine so I truly cannot handle all of the interest in my services. This is not hard to do, but it does take work. A lot of it actually. Mainly in the form of writing and publishing.

After my experience wasting time with this prospect, where I demonstrated what a poor steward of my time I’m capable of being, I must now force myself to never make that mistake again. And the way I do that is to simply change the process so it’s not possible for me to make the same mistake.

Think about the process you use when a new prospect makes himself known to you. Do you have a process? Or do you just make it up? I did that for a long time. But now I’m getting way too busy for that to be practical. I have to streamline things so that my PROCESS does more of the sifting and sorting for me. That way, my focus can stay on other things until I know I’m dealing with a truly qualified prospect.

When most service providers think of “working with clients” they probably actually picture themselves doing the work. The process work is where the real value is. And it provides a huge amount of leverage and confidence when you get it right. It’s worth the work.